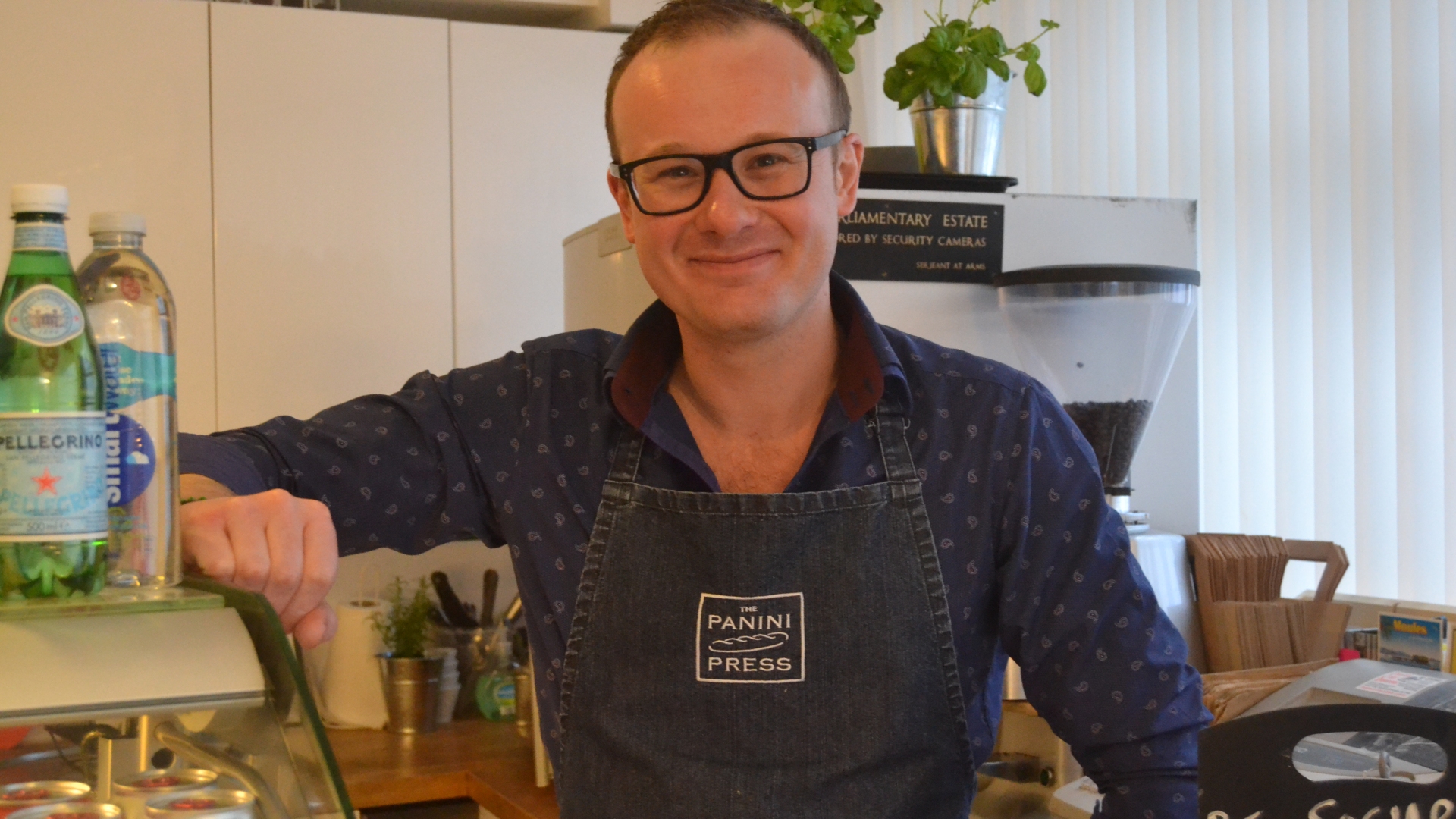 We spoke to Ben Redwood, owner of The Panini Press on Grosvenor Road. Ben and his wife took over the business in October 2015, which has been open as a sandwich shop for five years.

“Myself and my wife had been looking for a business for a while to invest in. This came up and it seemed to be the perfect size, great location.. we’re both really into food and drink so it fitted into what we wanted to do !

“My background is in  hospitality. I have done 15 years in pubs and pub restaurants, but my wife has never done hospitality before.  I was born in Coventry and I moved to Chester to go to university. I’m an ex student, I was one of those garden lane noisy people!! I was training to be a primary school teacher, but I found myself working at Telfords warehouse and never looked back. My first job was at Alexanders jazz bar, that was in 2000..I left Telfords and went to work at Harkers. Then I took over my own pub in Surrey and I was there for a year. But I missed Chester. My wife’s family are from round here and we had just had our first child so we were desperate to get back up here. I got myself a pub in Mobberley, (The Bull’s head) I really wanted somewhere in Chester..”

Ben is a huge fan of Chester:  ” The city is beautiful, its the right size, Ive got so many friends here. I don’t care what anyone says about the lack of a theatre or a cinema, we have some great restaurants, great pubs. People talk about the culture.. but we went to the open air theatre in the park last year.. even going occasionally for my sins, to watch Chester FC! Its home , its hard to put my finger on it ! ”

Situated on Grosvenor road just on the cross road of bridge st and lower bridge st , Ben says it is “convenient for the racecourse. We got a lot of customers from HQ, and the magistrates court. We are starting to get a nice following from students in Riverside. Its just city centre enough to feel like we’re in the heart of the city, but just off the beaten track enough so people need to discover us. Its such a small building and people walk past and don’t notice we’re here. We have tables and chairs at the front to attract peoples attention, and we’ve noticed a lot of new people come in.

“Social media has  helped us loads. Its always quite hard to tell how much impact its had, you get lots of view, but not everyone likes or retweets.. We do facebook, Instagram and twitter, and more and more people are noticing. It has been very useful, but its hard to put a figure on it.

“We source from Shropshire and Cheshire.The ciabatta bread is supplied by the Little Food company down in Oswestry. We use Robinsons of Knutsford for a lot the meats.. 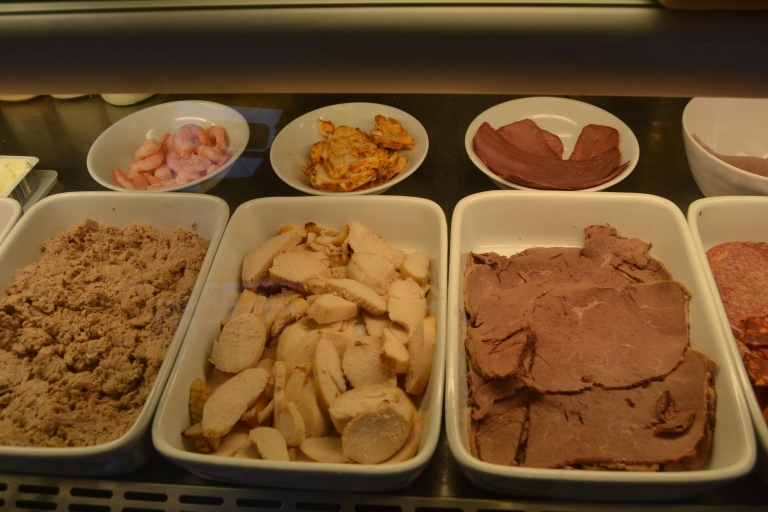 “We keep it as fresh as possible, partly because we’re so small, it has to be ! The menu is designed to be  in no way, pretentious or foodie.. just really honest hearty food. We wrap all the sandwiches in a brown paper bag, its grab and go. There’s nothing too challenging but theres something for everyone. We have a really good following with vegetarians. I have tried to do the menu for everyone from Whit van man , bacon butty in the morning.. to ladies having humus in the afternoon. We do sausage and bacon sandwiches for breakfast, and cereals and porridge. ..” Ben says that The Panini Press is trying hard to be more than just a sandwich shop. “Obviously sandwiches are our main thing, but we’re are starting to get a following for our herbal teas and our coffees, loose leaf teas. Hopefully we’ve hit on something there, people seem to like them. Hopefully we can hold our own against the big boys because there are a lot of them in Chester ! ” Of the competition with the chains Ben is enjoying the challenge

“I love it! There are a lot of people who say its difficult, because we are aware we are competing against Costa, Cafe Nero, Subway, Tesco Express.. we have been so well received and I think people appreciate the fact we are an independent business, and people want to support independent businesses. I think more and more people are a bit bored of the big chains. I think people like a bit more personality. I’m sure they do a great job but I think we can offer something a bit more.!”