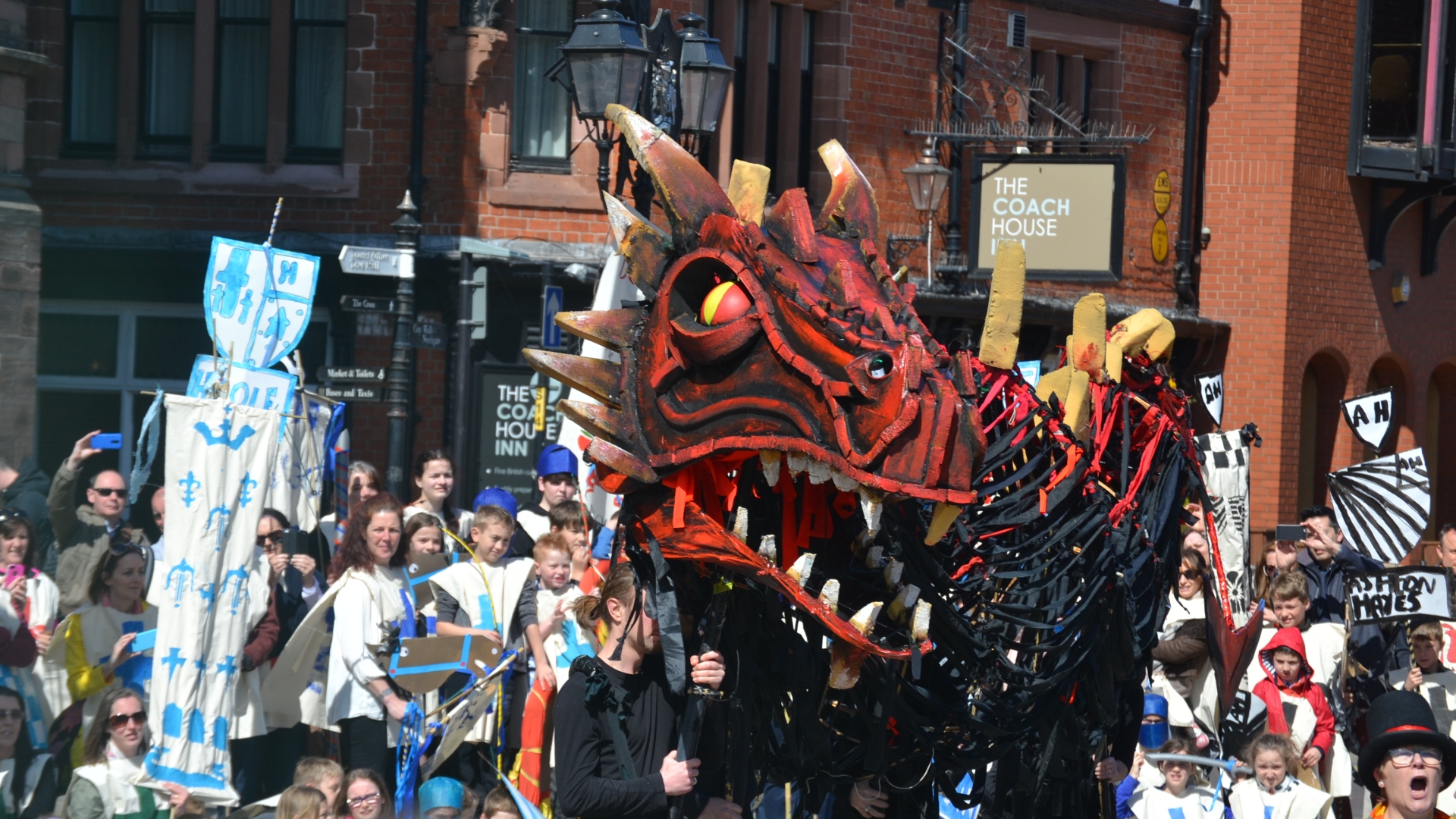 A lovely spring day with the English flag blowing in the wind outside the town hall was the setting for the sixth annual St George’s Day parade. The celebration of Englishness began with a display of Morris dancing in town hall square. 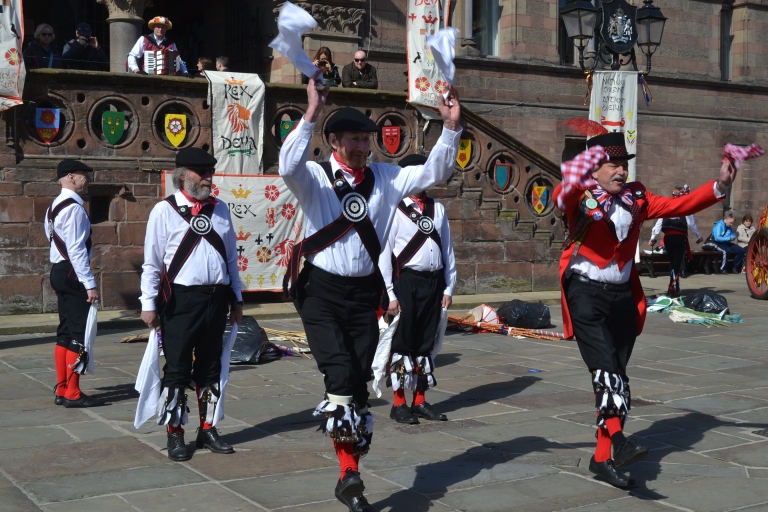 Over 80 Morris Dancers from across the country took part in dances throughout the day, at various locations including Eastgate st and the Cross.

At 11 the celebration began, with the community parade, once again led by artist and parade master Russell Kirk and his team. The event  children from Hoole All Saints, Guilden Sutton, Delamere, Tarvin, Kelsall and Ashton Heyes Primary Schools, who had all taken part in workshops to produce their costumes and props. 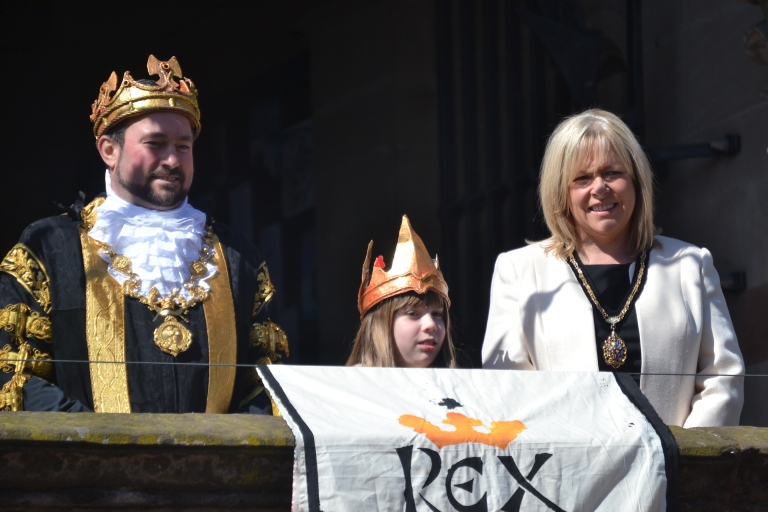 Lord Mayor Hugo Deynem and the Lady Mayoress made up the new Royal Family , creating a plot to find a local champion to kill off the dragon that had been eating their citizens. 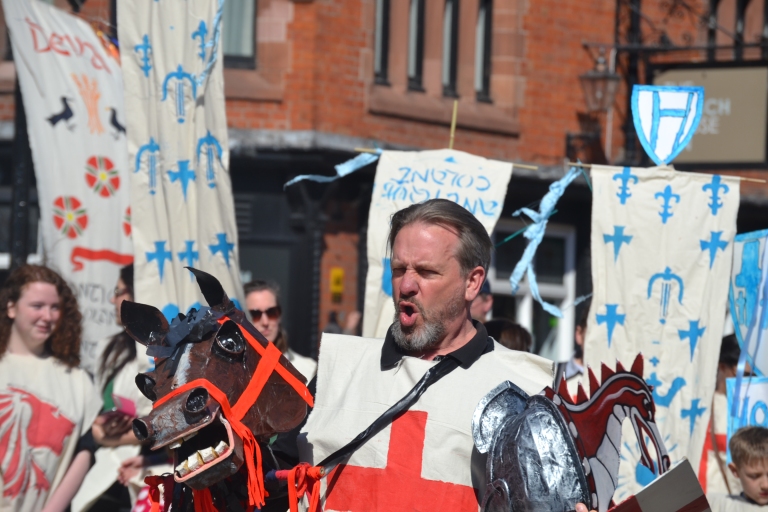 The role of St George was played by experienced busker Dave Southern. He took on challengers from the schools to earn the role of the King’s Champion. 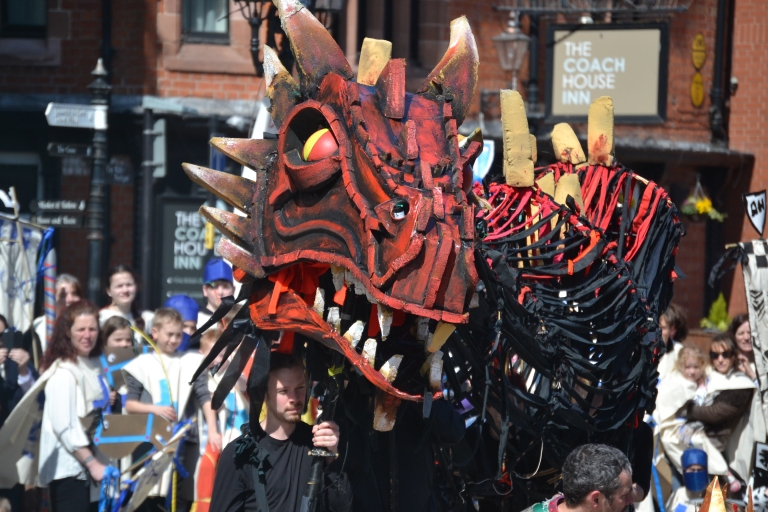 Another great parade, the next event on the calendar is the midsummer watch on June 18- 19.