Crowds flocked to Hoole yesterday for the very first Hoole may day festival . Despite the rain the festival  was a big success, with many of the food vendors running out of stock, and now looks set to become an annual event. Faulkner street and Charles st were closed to traffic and lined with  over 40 stalls offering food,  fashion, arts and crafts, street haircuts,  and a variety of entertainment for all the family . Organised by the Notting Hoole team, the festival aims to raise money for the Christmas light switch on, and the Hoole community centre.

Community Samba band Karamba Samaba were one of the acts who performed, with the day also boasting performances from House of Dance, Chester Swing Dance, Dead Pixels and the Roddai. Flipside radio’s Russell Mabbutt acted as master of ceremonies with the stage set up at the end of Faulkner street. 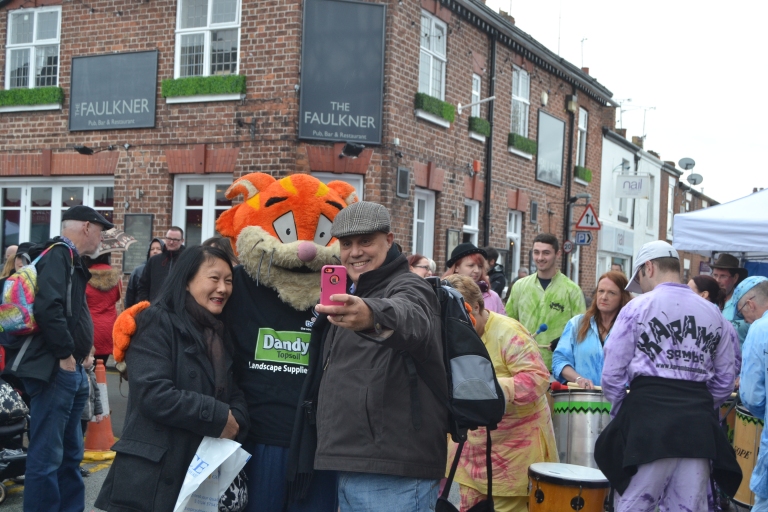 Co organiser Mark Williams praised the work of Notting Hoole and the numerous businesses that sponsored the event including We Do Leaflets, Somervilles. Bartletts solicitors, Deli Vert, Houghton Opticians and Chester beer and wine. “This will be every year now” he said.

Linda Hobbs of Notting Hoole said that there had been sleepless nights ahead of the event which took several months of planning but that the support from the community, residents and business had been tremendous. 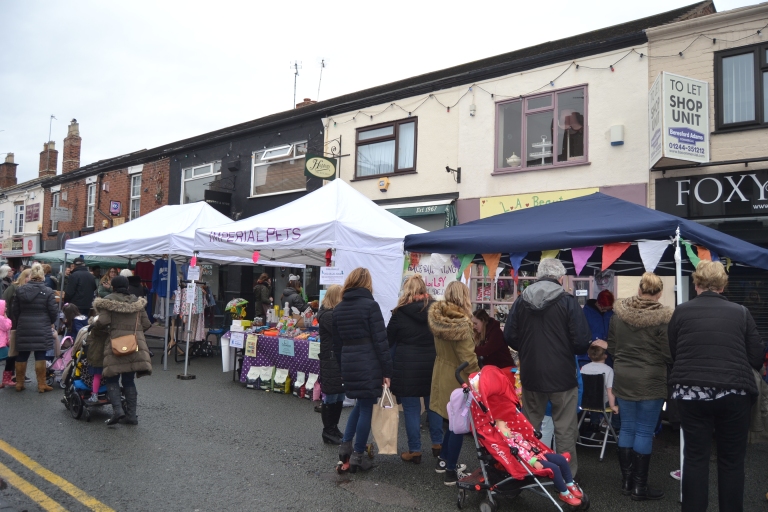 “Working with stall holders from outside the area gave us a new perspective, they came into Hoole and saw something that we see every day (and it’s something that is possibly taken for granted at times) Hoole is unique!! The sense of community and the can do attitude always prevails !!! It was overwhelming to see so many people turnout for the event when the weather was so miserable!”
Says Linda ,
“Hopefully this event has brought a bit of focus back on to the Hoole high street, bringing people from outside into the area , and to show that pride and passion for your area can make a big difference !”
Business owner Darren Lea of the Faulkner also paid tribute to the organisers : “It was great to see the community come together to celebrate Hoole and its diversity.”

One Reply to “Hoole May Day Festival”