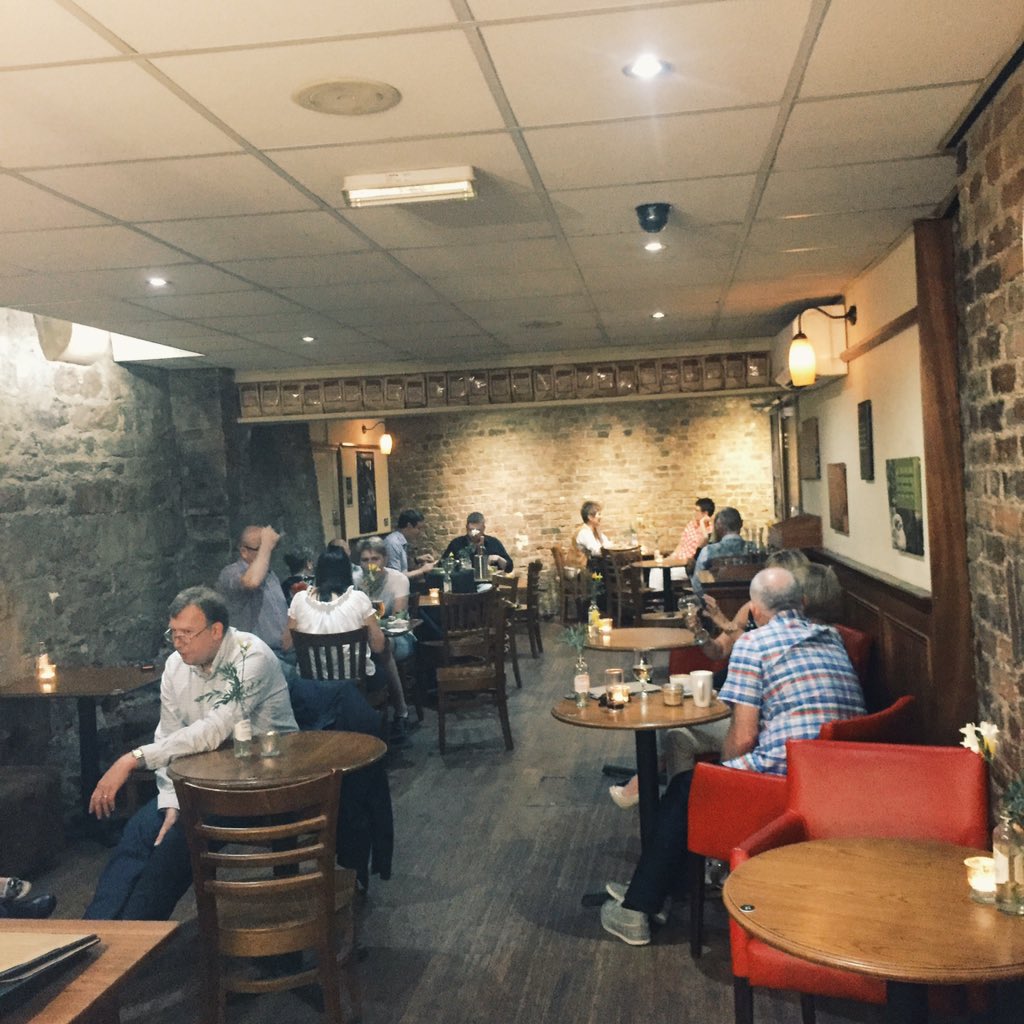 Husband and wife team Andy and Jaci opened Baristas seven years ago in the Medieval, and possibly earlier, undercroft  of the ancient merchant house on Watergate Street known as “God’s Providence House” . They spent 6 months researching and developing their coffee knowledge to offer an independent alternative to the chain coffee providers . Andy explains that their philosophy is simple “freshly roasted beans with full traceability. We roast every month meaning beans are never more than 30 days old, barista training is a constant ongoing process that is a skill and an art and not 10 minutes training on a machine and then left to serve the public. We take pride in every single cup “ .

However changes are a foot,  by day it is still a popular coffee and light lunch location serving its own blend of coffee, however, just like a comic book super hero, it now has a night time  alter ego  in the form of the Baristas’ Bistro 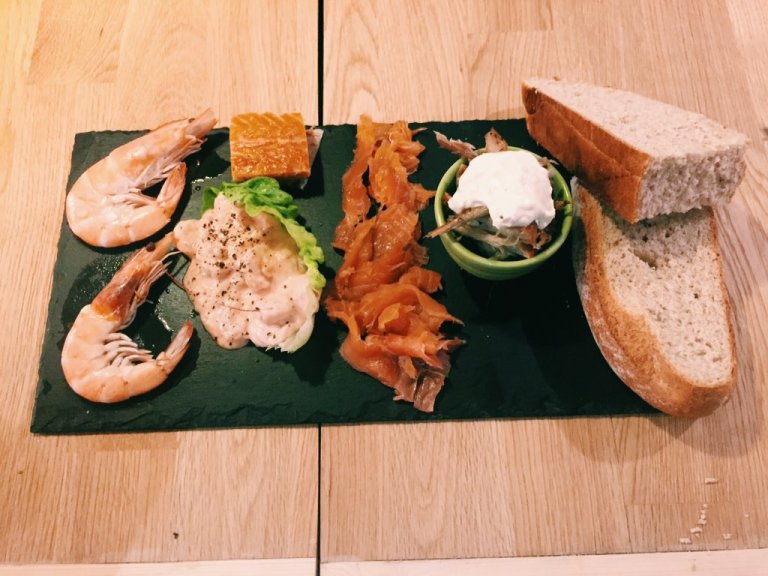 The idea of the bistro was developed to make best use of their great location and historic environment. The concept for the food is straightforward with a carefully picked selection of locally sourced foods served in a tapas like style.  When I visited we tried the scotch eggs, which come with a variety of coatings including Chicken and Chorizo as well as more traditional Cumberland sausage.   This was supplemented with a very delicious selection of breads from  Wirral baker “Born and Bread” . The “main courses” are based around the concept of tasting boards priced at £10.95 , with fish, meats and  cheese themes. Many of the ingredients are locally sourced from fishmongers in Chester Market, Fruit and Veg retailers Francis Thomas and also suppliers from Wirral and Wrexham.

Lydia who leads the team of friendly staff was keen to underline the importance of the locally sourced ingredients and the simplicity of their dishes designed to appeal to people who want to get a quick bite after work or as a relaxed late afternoon/early evening snack with a drink. A single platter can make a very filling meal or be shared between two as a snack with a glass of wine . 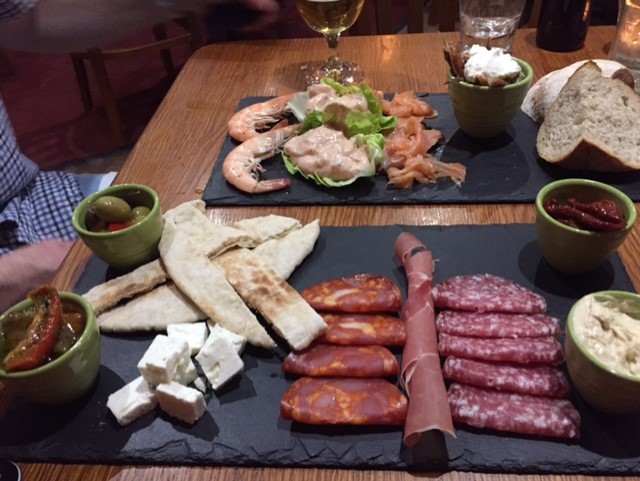 Andy is philosophical about the changes he has seen in Chester both good and not so, explaining that “we have faced many challenges over the last 8 years, from market crashes to the influx of competitors to Chester’s lost popularity. The approach we have always had is change is good and proactively look to stay ahead of the next wave. “

Andy is less relaxed about what he sees as a lack of support for small businesses both at national and  local  government level.” You are left to fight for yourself. The big brands play on exactly the same playing field as you so it is impossible to compete toe to toe, so you have to find you niche and play to that strength.

However, he does believe that there are reasons for optimism “There is more support from the public in the last couple of years as more and more people seem to care about what is put in front of them and recognise service from a local provider outclasses that of the national chains.”

Baristas Bistro is open till 9pm Thursday to Sunday

Baristas is open till 5pm Monday to Wednesday

One Reply to “Baristas”