Another part of the Storyhouse programme for 2017 revealed by Emma Stringfellow :

WOW, or Women of the World Festival is an international group of festivals that “celebrates the achievements of women and girls everywhere and examines the obstacles that keep them from fulfilling their potential”. Since being founded by Jude Kelly, the Artistic Director of the Southbank Centre in 2011, WOW has spread to such far flung places as Alexandria, Dhaka and Cardiff! And now coming to Chester Storyhouse, where the inaugural Chester WOW will be held on the 20th and 21st May 2017.

Every WOW festival shares a common theme of celebrating women and examining obstacles they face; however, they are each unique in being designed, developed and delivered by the communities in which they reside. This means each festival is specifically tailored to its own environment. The values of WOW reflect the values of the new Storyhouse in that it should be a place where people can explore what matters to them and the big questions of our time, and it is a real statement of intent to put Chester on the international map of communities engaging in the important debates of our times.

WOW is for everyone in the community, male and female.  The festival recognises that men are  undoubtedly part of the debate around gender equality in our society today. To fulfil the vision of the festival being driven by the people of our area the WOW programme kicked off 2 weeks ago with a “WOW Thinkin” where 60+ attendees sought to answer some key questions: What should be the theme of WOW Chester 2017? Who should we as a community invite to talk with us? And how can we maximise involvement in WOW across the area?  To get this debate started we were very lucky to have an introductory talk from Sara Pascoe, who had spoken as part of the Literature Festival the night before and Molly Naylor who was going onto host the Literature Festival “Poetry Pub Crawl”. As Sara said “It’s strange to be part of 51% of the population but feel like you’re part of a subculture” . 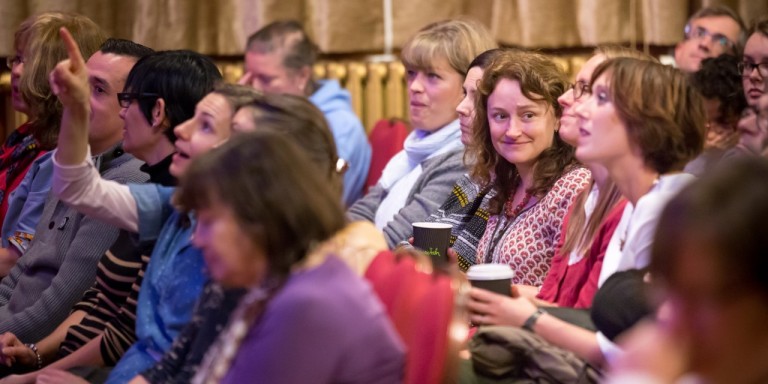 The ensuing debate was lively, active, challenging, diverse and collaborative with many great ideas being put forward. The WOW team will be holding future ThinkIns on 24th, 25th and 26th November and these are open to anyone who would like to contribute to the scope and intent of this first ever Chester WOW. There will be 2 sessions in Chester and 1 in Ellesmere Port. If you would like to attend please book place via

The team are also planning Pop Up Thinkins in various parts of the Borough to reach people who may not currently come into the City of Chester.

.May is going to be a big month for our new Storyhouse with not only WOW but also the opening of the Beggars Opera and Alice in Wonderland !