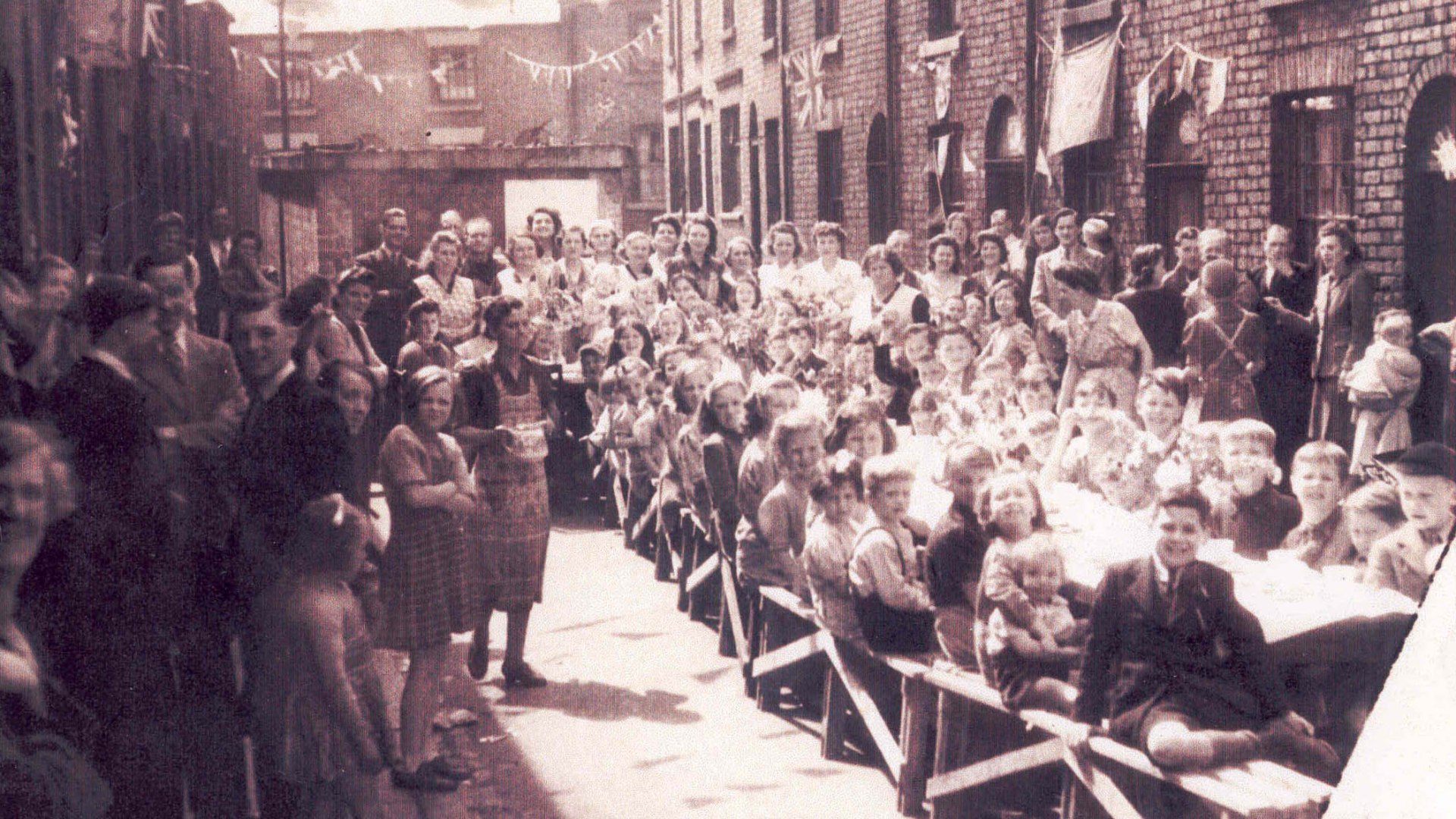 As the national lockdown continues for the foreseeable future, VE day on 8 May will be very different from the planned city wide celebrations. A range of online activities has been arranged in the lead up to the “Stay at Home Party”

A Civic VE Day service has been pre-recorded by The Lord Mayor of Chester, The Chairman of Cheshire West and Chester Council and Chester Cathedral which will be available to watch online from 8 May. Military Personnel, local dignitaries, clergy and school children have all contributed to the short service which has been recorded from their personal locations, including on board HMS Albion.

The Royal British Legion is calling for people to help commemorate the anniversary by joining in with a UK wide rendition of Dame Vera Lynn’s ‘We’ll meet again’ at 9pm on VE day.  West Cheshire residents are asked to join Chester singer Sharon Wallace as she leads us in her specially recorded version of the popular war time song.
Sharon is the founder of Handmade for Dementia, a volunteer project and sings professionally, and recently performed on  Michael McIntyre’s Big Christmas Show.
Said Sharon: “I was really disappointed that I couldn’t sing in five care homes as planned on Friday because of the restrictions. I’m delighted to be able to share such an inspirational song with everyone. Please join in for the national sing along.”

Councillor Louise Gittins, Leader of Cheshire West and Chester Council said: “I hope everyone will join us for the Stay at Home Party and sing along with Sharon. We’ll Meet Again seems even more relevant these days with so many in isolation from Covid-19.
“Over the bank holiday weekend Chester Town Hall will be decorated in Union Flags and lit up red, white and blue and the Cathedral will still take part in the national ringing out for peace at 7pm on 8 May. There is also a plan for Chester Bandstand to host a special online performance for VE Day”.

Councillor Brian Jones, the Council’s Armed Forces Member Champion, said: “Despite the restrictions this year we can all play our part in remembering the sacrifices made 75 years ago. Please raise a glass, or a cup of tea at 3pm for The Nation’s Toast to the Heroes of World War 11 ‘To those who gave so much. We thank You’.”

‘What Did You Do in the War Deva?’ is a fully illustrated book published in 2005 supported by the National Lottery. Stories from the book will be read by the editor Emma Stuart, who worked for Chester History and Heritage.  The book highlights the valuable contribution made by Chester during the Second World War:
‘Then came Victory over Europe (in May) and Chester celebrated in style. At the Gaumont Cinema the audience rose and cheered, when news came of the war ending and sang God Save the King. Loudspeakers were fixed outside the Town Hall and some 5,000 people danced to the popular music broadcast.’

Stay at Home Parties should be restricted to only those living in the house, don’t invite friends and neighbours. If you are sitting in a front garden make sure you can keep at least two metres from anyone not living in the house.