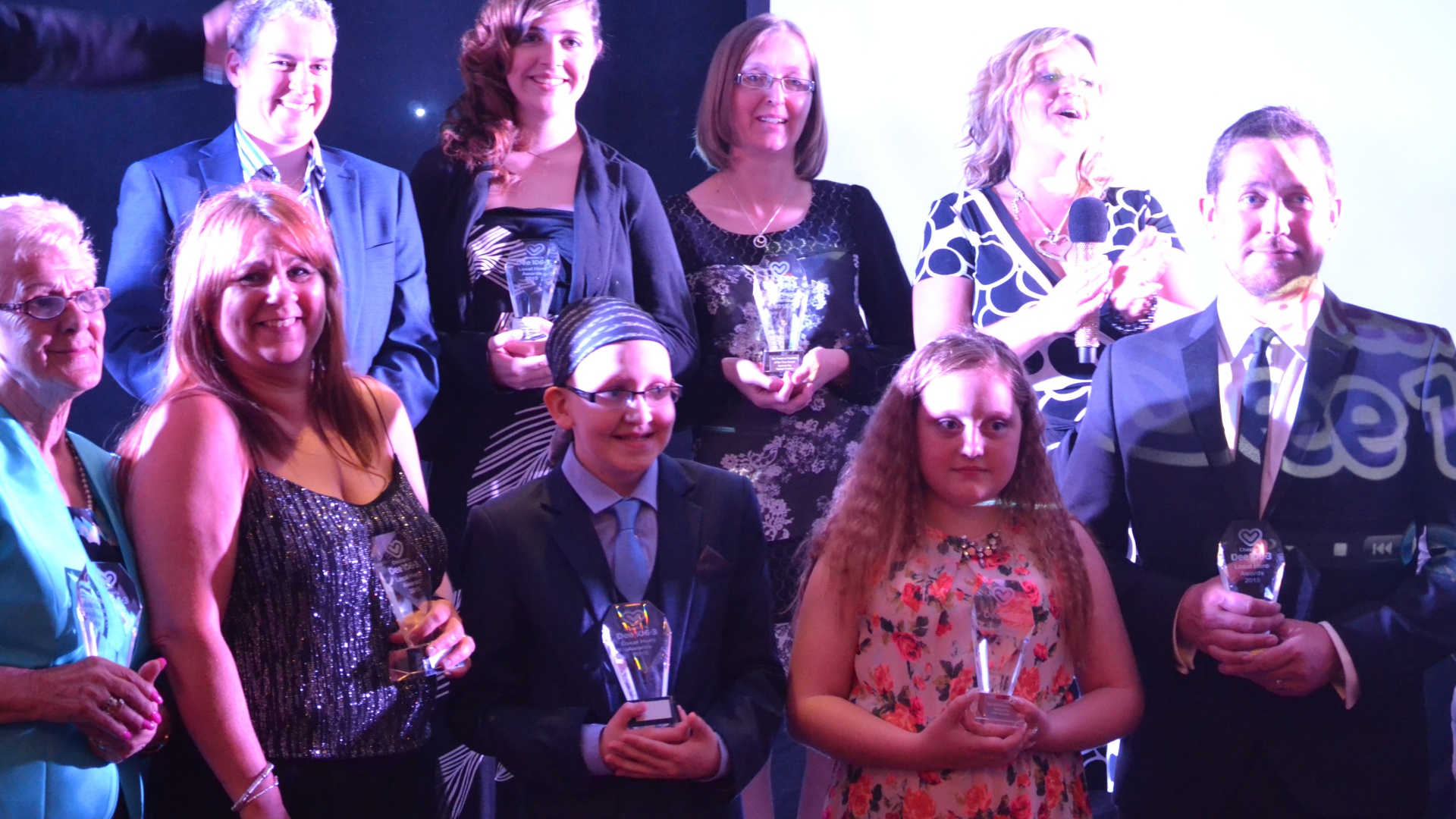 Unsung heroes, honourable members of the press, business and community leaders, two Romans (standard) and @ShitChester gathered for the local hero awards at the Mercure Hotel. It was a night to remember.

The Town crier David Mitchell opened the evening as guests enjoyed a three course meal as he compared the hosts Gavin and Irene to Simon and Garfunkel “filling a great vacuum in the world of showbiz”. Sue Thomas, chairwoman of Miles of Smiles spoke of feeling privileged and honoured to be involved in the awards, “hope you’ve got your tissues ready”

Local business of the year award went  to Dandy’s topsoil of Sealand Rd for their work supporting charities and the local community. Recently they have been involved in campaigning for a speed camera /road safety campaign following a serious crash as well as offering soil, sand and gravel in exchange for food to restock the local food bank. (http://www.dailypost.co.uk/news/local-news/flintshire-firm-responds-countys-foodbank-9294232) Owner Adam Dandy felt “blown away ” by the award

The eco award went to Peter Benson for his work championing renewable energy, as well as being local coordinator for Friends of the Earth. He teaches children in schools about solar panels and is also involved in the anti fracking movement. He said “we don’t need to live in a world that’s  reliant on fossil fuel . I’m proud to be part of a movement that changes the way we use energy”

The outstanding sports personality award went to Anna Jackson , the driving force behind the Cheshire Phoenix wheelchair basketball team. Anna has promoted inclusive sport, regardless of ability and spoke of all the amazing people she had met and worked with.

Pupil of the year award sponsored by the King’s School went to brave Luke Edison , a year 8 student from Connahs Quay who has battled 4 brain tumours whilst keeping up with his studies and still maintaining a positive happy-go-lucky outlook

Teacher of the year award went to Laura Harris of Chalice media(http://chalicemediagroup.com/)  Laura runs her own acting business and was praised for touching so many lives with her work 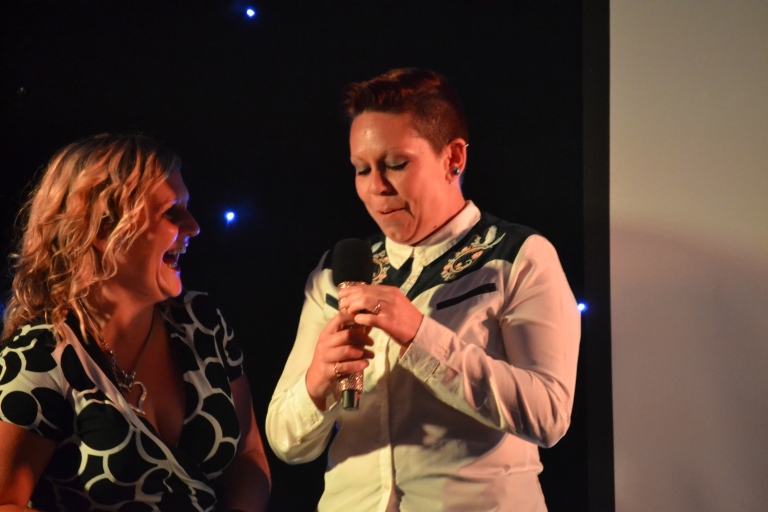 Young achiever of the year award went to Chloe Young. Jane Copeland of the Queens school said she was an example of someone who had “got their priorities right ” and acted with “drive and determination in extraordinary ways” She was praised by her proud mother Claire Edge for being her “spare hands” helping to care for her younger brother who has Pataus syndrome , as well as volunteering her Saturday afternoons to attend play sessions with local charity SPACE.

Parent of the year award went to Sarah Cross who has fundraised for several years for Alder Hey hospital after her daughter Erin was diagnosed with leukaemia. She has raised £20,000 for Alder Hey and in a moving speech said “every second of my day goes into making Erin a happy child.. Alder Hey saved my little girl’s life”

Carer of the year award sponsored by Cheshire homecare, was introduced by care boss Debbie who has been providing care for 18 years and spoke passionately about the role of carers in society. Carers often care for abandoned family members she said, “because they have a loving part in their hearts” The winner was Liza Millington a carer for 30 years. “I’m amazed I got this award” she said humbly.

Act of courage went to Chris Johnston and Lucas Cooper. Together they saved the life of a 94-year-old woman trapped in a house fire.  See http://www.cheshirefire.gov.uk/news-events/press-releases/two-men-awarded-for-bravery-after-ellesmere-port-fire for their full story.

Margaret McKeegan won volunteer of the year award. She was praised for over 30 years of fundraising, in the last 8 years focused on the military following the death of her grandson in Iraq. She raises funds for injured soldiers and has sent over 13,000 parcels to Afghanistan.

The final and most moving award, Child of bravery went to 10 year old Maisie Versey who donated her bone marrow to save her sister Jess’ life. Jess beat leukemia after the transplant but tragically died from an infection in June. Many in the room were moved and Maisie was told that next year Miles of Smiles would be sending her to Disneyland Paris.

“The whole evening as always is an inspiration and makes you feel good about the human race to hear about all the good things that local people have done for each other” said the Town Crier David Mitchell .

After the awards, a relaxed Gavin Matthews said “we’ve had 11 people tonight who’ve been recognised for what they’ve achieved, what they’ve overcome, what they do… those 11 winners were chosen from short lists ” the nominations being “at least double what we’ve had in previous years. It was a difficult job to pick a clear winner, judging from the reactions tonight, I think the judges chose the correct people, aged from 10 to 81. We covered nearly every area of life and recognised people who are extremely special… these people don’t seek recognition, they were nominated by other people who thought that “d’you know what these people deserve a little bit of recognition…. I think its fair to say there wasn’t a dry eye in the house”