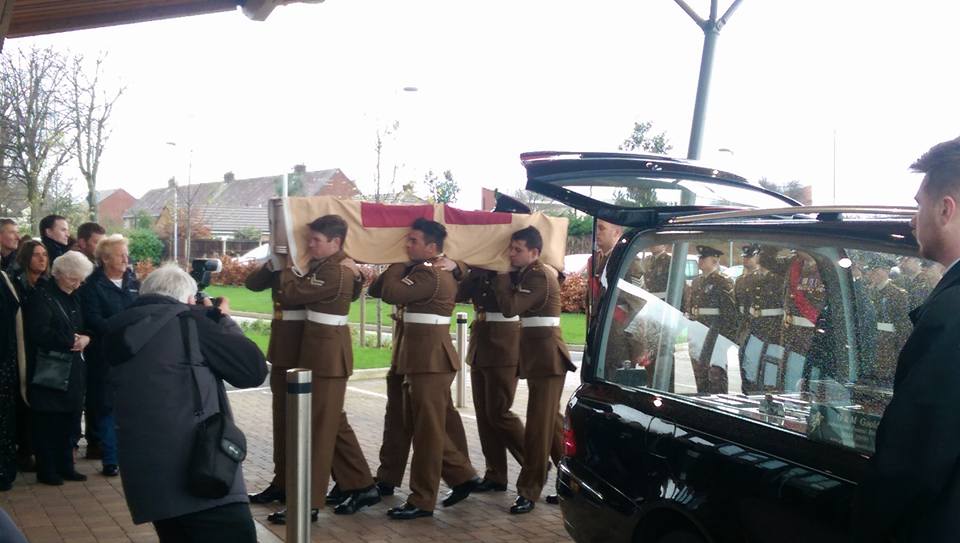 It was raining, cold and windy in Blacon today for the funeral of Alan Foster who died on Christmas eve last year. Despite the bleak weather, a moving service and some thoughts for us all to consider ensured that the light of his memory shone through.

Alan, also known as “Alfie” had died with few remaining family or friends, and an inline appeal had been held for mourners. A good turn out ensured that it was standing room only for many of the Mercian Regiment who had turned up to pay their respects. 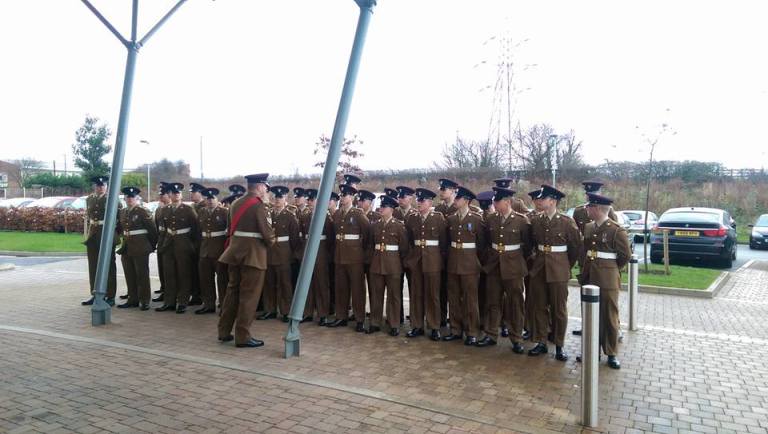 Alan  Richard Foster was born in London and was a keen West Ham fan. He also played for Leyton Orient for a time, before joining the army at 25.

Alan , who was known as “Foz” to his army colleagues, was described as a “teller of tall stories and a bit of a lad”.  His fear of spiders was recollected  as well as a tale about a swearing budgie that was donated to a school in Berlin. He was a keen musician who played the French Horn in the Cheshire Regiment band for 22 years.  He also enjoyed chess but hated cross country running. He was a “genuinely nice man”. 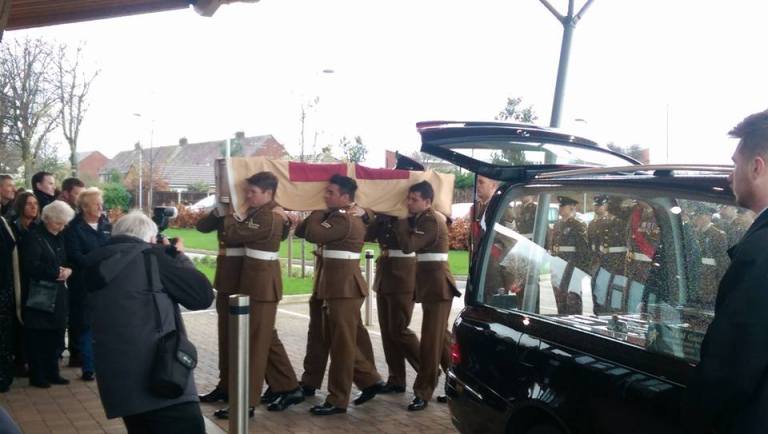 After leaving the army in 1982 he became a painter and decorator. He met his great friend Lyn in Hoole and he went on to become godfather to her two children. “He had a huge heart” she said.

The Last Post played as the curtains closed and everyone stood in reflection.  Martin Bawdty, conducting the ceremony said that it was “an affirmation of a life lived. None of you had to be here today, but you chose to be here for Alfie” It was, an indication of “the human capacity for good” he said,  as well as a contemplation of our own mortality in an increasingly fast paced and confusing world.  A final reading encouraged us all to “look to each day” of life’s brief course. Every yesterday is only a memory, and tomorrow is only a vision.

He hated spiders, he played the French Horn, he supported West Ham.. these are the details that make up a person’s life.  Rest in Peace.