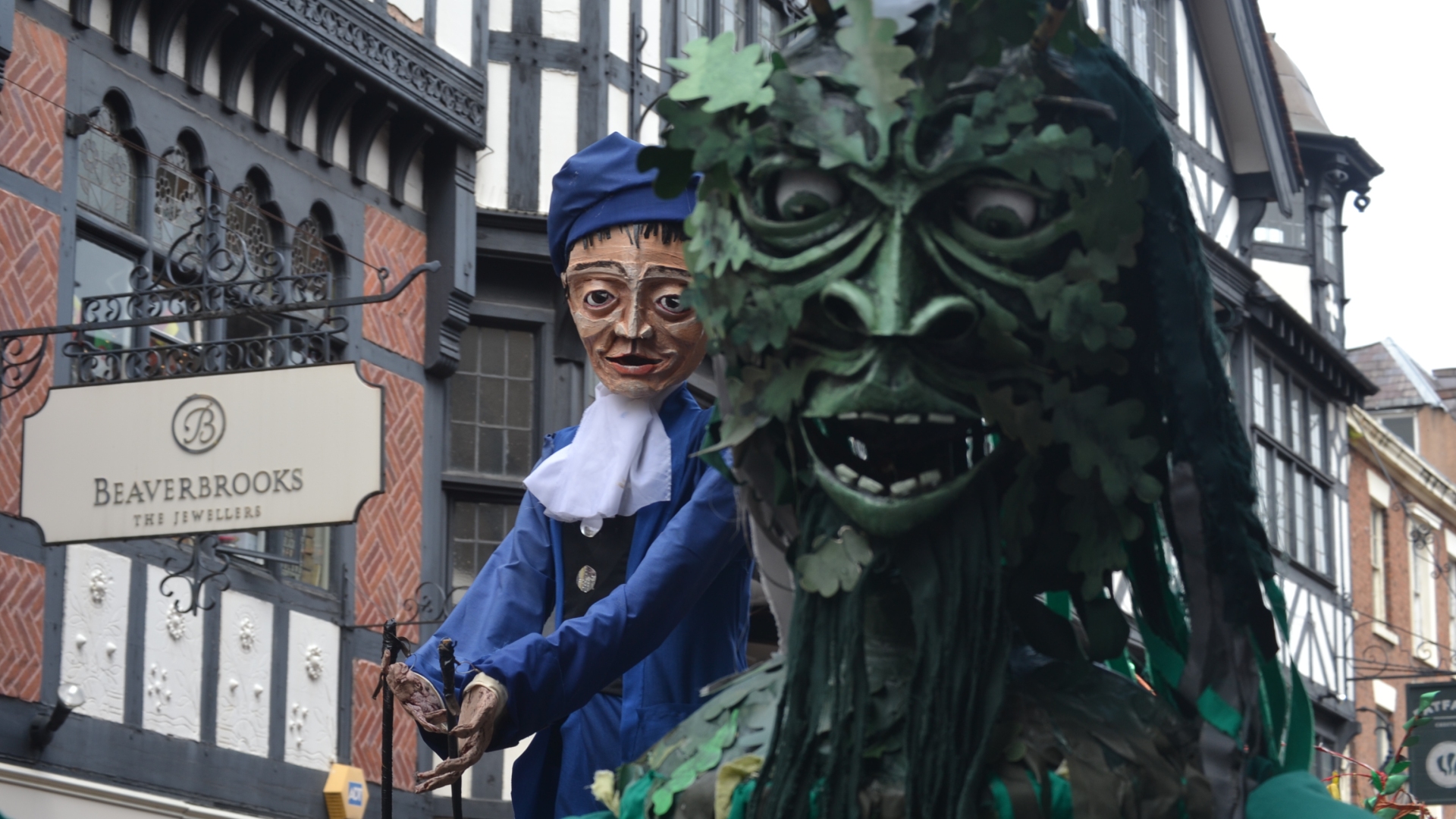 The always excellent Midsummer watch returns on Saturday 18 and Sunday 19 June. The famous medieval parade starts from Town Hall square at 2pm on both days.

The parade dates back to 1498 making it one of the country’s oldest and most colourful street parades.  Originally staged by the City Guilds at Midsummer; it was disbanded in the 1670’s before being revived in 1989.

The community parade involves schools and groups from across the borough. Artist and parade director Russell Kirk has run a series of workshops so that participants could make new characters for the event. Charles Darwin School will be Ravens, Dee Point Primary, Fish, and Cherry Grove Primary a flock of Geese. Newton Primary will be Pirates, joined by Boughton Heath Primary as Fiery monsters. Belgrave will be Angels and Hoole All Saints Primary schools will carry Suns.

Also joining the parade this year will be Wrexham WI who will be birds, and Minerva Arts  who will be Green Men. The Grosvenor Museum is holding a Dragon making workshop on 11 June giving more people a chance to perform in the parade. 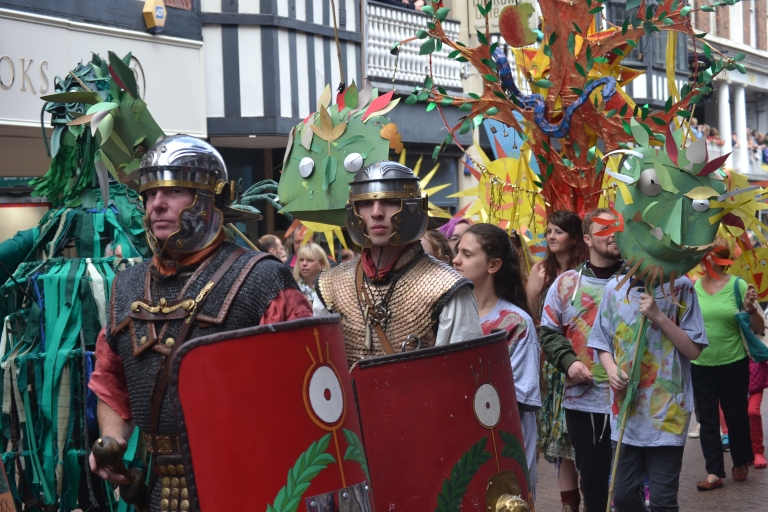 Councillor Louise Gittins champions the event saying “Our parades are rooted in the history of Chester, we’re proud of the important role they play in the heritage of the city.  Please join us as hundreds of school children and local performers re-enact this historic parade helping to bring the city centre alive with the unique cast of characters. The parade is based on records from the city archives that describe the characters and materials used to build them.” 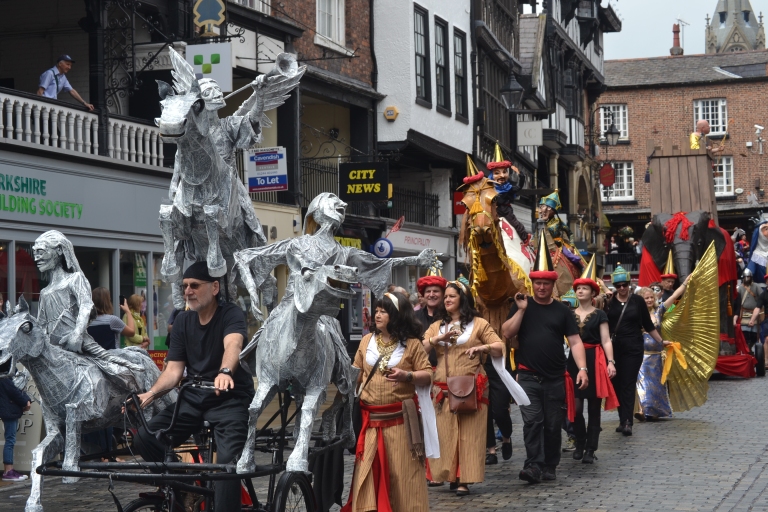 A cast of 500 will take part in the colourful parade, with the “Family of giants” playing a key role. The  parade is led by the Summer Watch drummer and the City Guilds followed by a Pirate Ship, an Elephant and Castle, ridden by a cupid shooting arrows, Dragons, Angels, the Chester Ravens, Unicorn, Stag, Hobby Horses, St Werburgh, Green Men, Balaam’s Ass,  Cernunnus the Celtic Lord of the Forest, Devil Band and dancers.

Added Russell: “This year St Werburgh, one of our oldest puppets, gets a makeover; face, body and a spanking new habit while, with pikes aloft, Chester’s Civil War Soldiers will join us for the first time.”

Pick a good spot and enjoy this excellent spectacle !