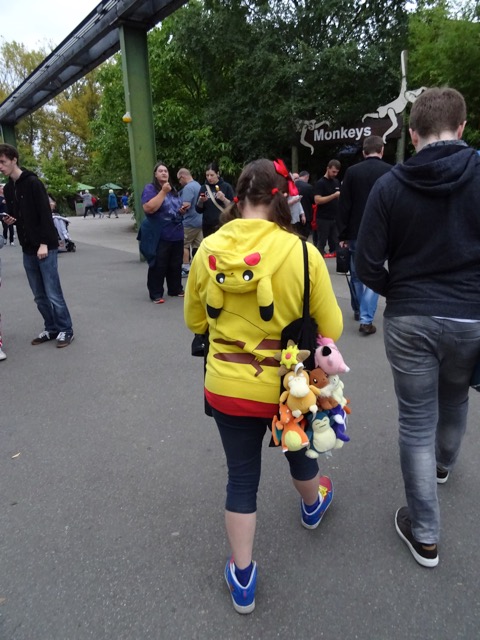 Like many parents my Summer has been somewhat dominated by the Pokemon Go App and I’ve spent many hours pursuing the critters around Chester and further afield. Chester Zoo have very cleverly realised the potential of this craze and being the proud possessor of 33 Pokestops (where you can collect necessary attributes to catch and battle Pokemon as well as eggs to hatch into Pokemon ) and 5 gyms ( where battles take place) they decided to use them for a good cause. Last week saw PokeMonday which ran from 6pm to 8pm  and cost £5 per person. This was a huge success with queues to get in and raised over £17,000 for song bird conservation

Understandably buoyed by this success PokeWednesday was launched with all tickets being sold out within 48 hrs . This event is in aid of efforts aiming to raise awareness of a deadly virus known as elephant endotheliotropic herpesvirus (EEHV), which affects young elephants around the world.

Having been to the first event I knew somewhat what to expect, for the bah humbugs it is “like a post-apocalyptic vision of zombie humans being controlled by their phones “ !  Very Doctor Who…

The crowd who turn up for the event number over 3000 and definitely cover the whole of the diversity of society . I saw three generations in one family playing Pokemon , and the NHS is definitely missing a trick, as a constituent part of the game is clocking up points by the distance you walk, which I am convinced many people there would not be doing if it wasn’t for the game. You can also see a lot of Pokemon “fashion” on show ( yes I know) from those people just wearing Pikachu hats to people with hand crocheted Magikarp berets, Pokemon fabric dresses and full Pokemon costumes. 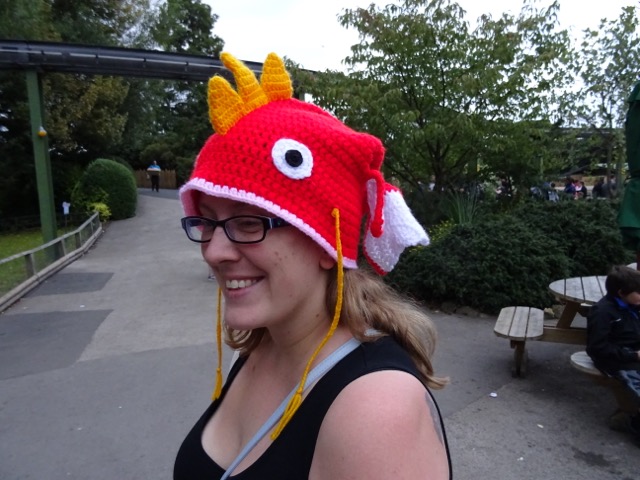 The atmosphere is very friendly, with my own son hooking up with friends from school to hurtle round the zoo, another plus being the zoo is a safe place with very few hazards.

The zoo staff should be commended on how well they handle the volume of people at what must be the end of a very tiring day . It is also a great opportunity to appreciate how wonderful the zoo is , although the Islands area Is not open and many of the animals are tucked up for the night , it is still a very impressive place and the gardeners do a fantastic job . Other attendees praised the event saying how busy it was, with one comparing it to Black Friday.  Cestrian Rachel Zan commented that : “My daughter & her friend really enjoyed catching the Pokemon & we were treated to the lions play fighting. We were slightly disappointed as we didn’t catch as many new Pokemon as we did at the previous event but it was a great evening & raised a lot of money for a really good cause”

If the Zoo do any more events and you have Pokemon fiends in your family I’d definitely recommend it . If you cant beat ‘em, join ‘em !

Thanks to Emma Stringfellow and Rachel Zan .