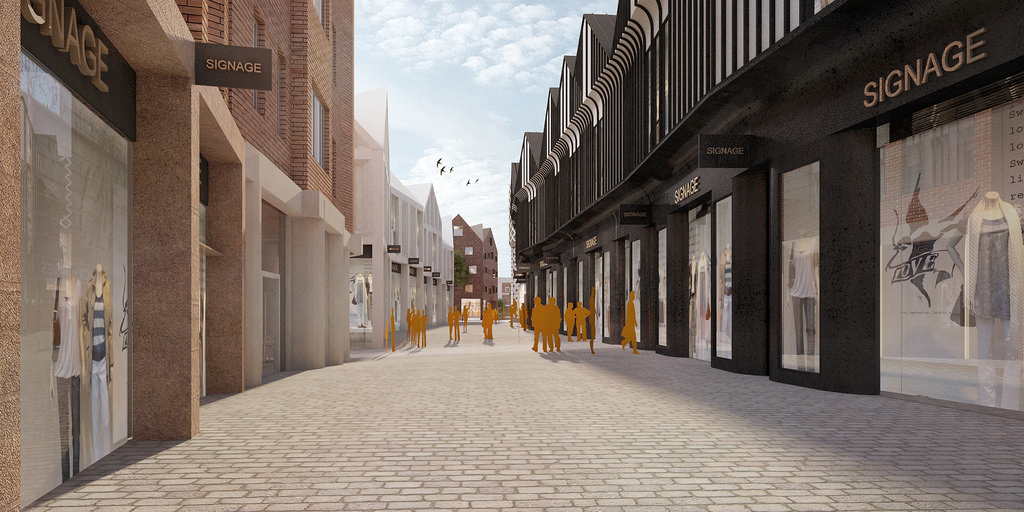 Following speculation that the Northgate development was once again floundering, the city’s revival hopes have been given a big boost with the news that House of Fraser have signed a deal to open a 100,000 sq ft anchor department store. The council have also announced a four-star Crowne Plaza hotel and spa.

The new store is being designed to a high specification and will provide a superior shopping and leisure experience with its large health and beauty department and a rooftop restaurant with views over Chester’s historic racecourse.

An agreement has also been signed with the owners of the Crowne Plaza hotel to relocate to a new four-star Crowne Plaza within the Chester Northgate development. The new 167-bed hotel will also feature a rooftop restaurant and will include both a spa and a 600-capacity conference facility – which will be the biggest conference facility in the city.

Meanwhile Storyhouse, the new cultural centre/theatre is opening in May and Picturehouse have signed a deal to open a six screen Picturehouse cinema. 70 stores, cafés and restaurants, more than 70 homes, and the city’s largest car park make up the rest of the Northgate development.

According to the council :  “On completion, Chester Northgate will not only revitalise the city centre shopping experience, it will also push Chester back into the UK’s top 50 retail centres, pull shoppers back into Chester, and boost the city’s overall economy. Construction will be in three phases with phased openings leading up to the anticipated completion of the whole scheme in late 2021.”

Council Leader Samantha Dixon said: “I am delighted that we have secured House of Fraser for a major new store in the crucial Chester Northgate development and at the same time, signed a deal with the owners of the existing Crowne Plaza to relocate them on site into a brand new four-star hotel, conference centre and spa, much improving the overall offer of the city.

“Being able to attract brands like House of Fraser, Picturehouse and Crowne Plaza is a measure of the appeal of Chester Northgate to other occupiers and investors and reinforces our ambition to return Chester to its rightful place as a leading shopping and leisure destination.

“We believe Chester Northgate to be one of the UK’s biggest emerging retail-led city centre developments. The project shows that Cheshire West and Chester Council is pioneering innovative new ways of driving growth and underlines our consistent commitment to steering the big projects that will transform Chester city centre.”

Councillor Stuart Parker, Shadow Cabinet Member for Communities and Wellbeing, said: “Today’s announcements mark a milestone in the delivery of Northgate and are testament to the success of the Council’s cross-party approach to delivering this truly transformational project.”

Frank Slevin, Executive Chairman of House of Fraser, said: “We are very pleased to announce that we have signed an agreement to open an anchor store at Chester Northgate. Chester is an exciting location for us, being at the centre of a thriving regional economy. With its modern design, Chester Northgate will rejuvenate Chester city centre attracting more visitors and creating a dynamic retail environment.

“The new store clearly cements our commitment to and vision for the future growth of House of Fraser. The growth of our store portfolio and the further development of House of Fraser’s multichannel offer provides solid foundations for the on-going transformation of the business, ultimately driving a great customer experience. I look forward to the store opening in 2021.”

Chester Northgate is being developed by Cheshire West and Chester Council, assisted by development manager Rivington Land.  David Lewis, Chief Executive at Rivington Land, said: “With the signings of House of Fraser and Crowne Plaza, following on the back of both the planning permission granted last year and the announcement of Picturehouse as the cinema operator, we are reaching an exciting time for the Chester Northgate development. The commitment from major brands serves as recognition of the huge potential of a revitalised Chester city centre.

“We are now in the process of agreeing terms with other major retailers as well as catering operators, who have also recognised the innovative approach of Cheshire West and Chester Council in driving this scheme forward. Chester Northgate has been designed to meet the future requirements of national, regional and local retail and leisure occupiers and will act as a catalyst for the regeneration of Chester.”

Wow. Is it finally happening ?? 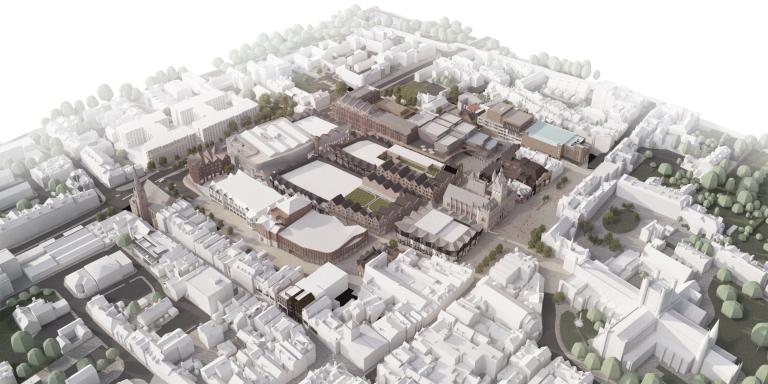 More information about the Northgate development will be available at a drop-in session at Chester Town Hall on Wednesday, February 8, from 3-5pm.