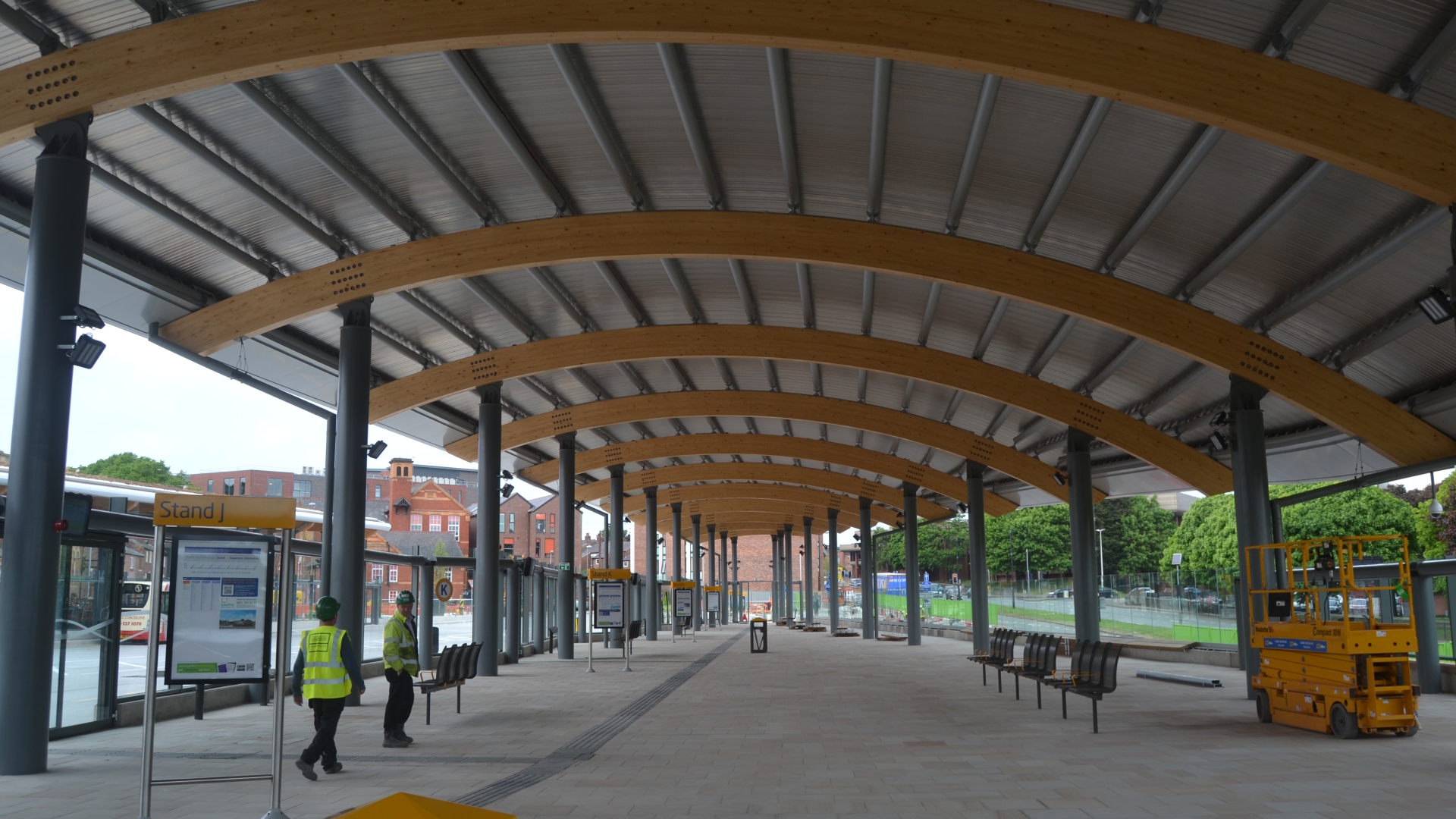 The new bus station will soon be welcoming its first passengers with Park and Ride buses using the new £13 million facility from the 30th May, and all other bus operators on Monday 5th June. Construction on the new interchange begin back in October 2015 and the project overran by some months due to the need for repairs to drains and the concrete block which sits atop Gorse stacks.

The Sedum roof, which naturally changes colour as the seasons pass requires maintenance only once a year and is designed to improve energy efficiency and air quality by absorbing carbon dioxide and filtering dusts and pollution. 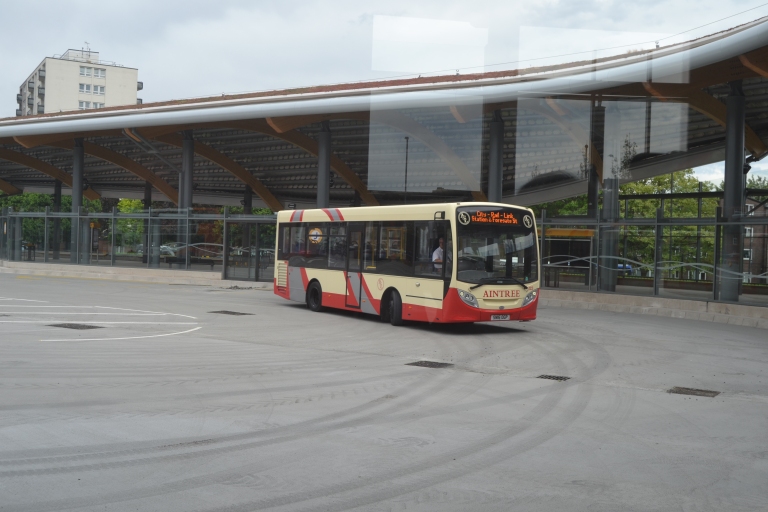 The new Interchange has 13 bus stands with an average of 90 buses per hour (there will be limited services operating between 10pm and 6am). Information screens will provide passengers with a live feed regarding arrival times. Passengers will also be able to access bus information via their phones using QR codes on signage in the station. As well as park and ride, national express services will also use the interchange.

Graham Pink, Director of Commissioning Places and Commercial Management said: “Following the completion of construction work, the site has seen a lot of activity with staff familiarising themselves with the building. Bus operators have also had a chance to trial the new facilities and produce new timetables.” 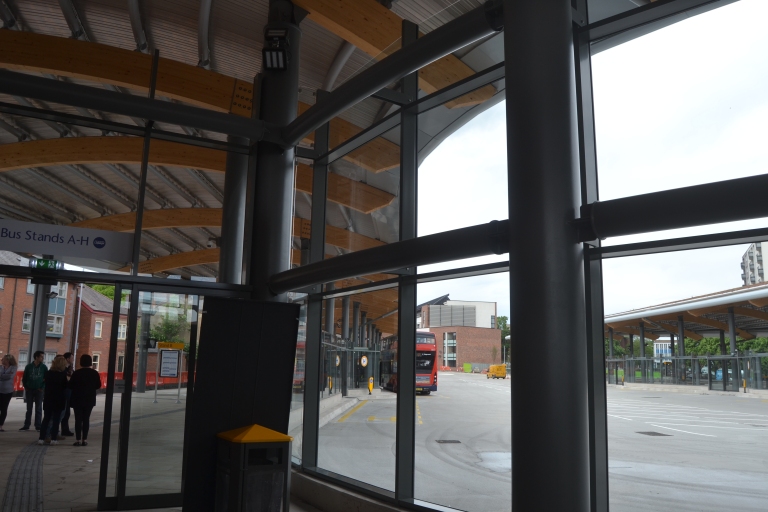 In contrast to the current unpopular yellow shacks introduced in 2013 (one of which was famously repossessed in a row with the council over an unpaid bill) the new station will be luxurious in comparison, offering a range of passenger friendly facilities including a cafe and newsagent. Deals are being negotiated with two operators to provide these services, which will not be ready for the opening on June the 5th. The station will offer free Wifi ( for up to 50 people at a time) , toilets, changing facilities and an information desk. A free shuttle bus will run from the station to the town hall, every 15 minutes from 8-6 providing access to the Northgate end of town, including the market and recently opened Storyhouse. There will also be improved facilities for drivers including kitchen space and lockers.

For a full list of bus services and routes see here:

The existing bus interchange  will close on the 4th June and the area will be hoarded off, freeing up development space for the forthcoming Northgate development.  The lower part of the Town Hall interchange will remain open for taxis and coaches.

4 Replies to “Inside the new Bus station”