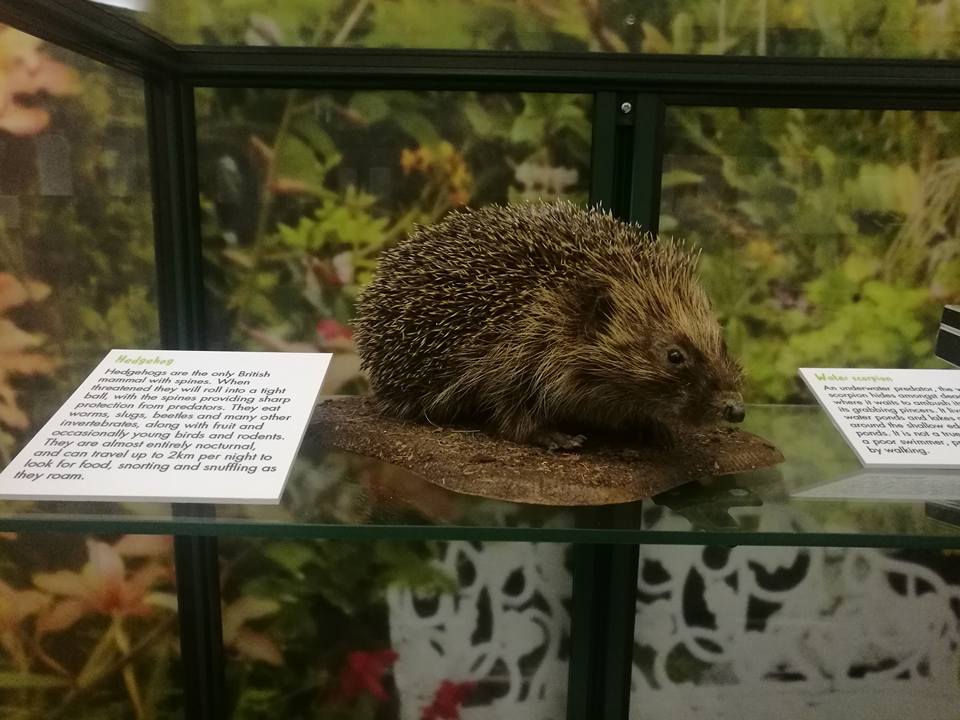 The museum’s large natural history collection (of which only a small percentage is ever on show) was first  established by Chester’s Victorian naturalists, two of whom, Robert and Alfred Newstead, were former curators of the Grosvenor Museum. The gallery has displays of specimens collected by these naturalists, plus local species, geology and the history of life on Earth.  With a local focus the  gallery has been themed around the four key areas of Natural Cheshire: Mid-Cheshire Ridge, River Dee, Delamere Forest and Our Gardens. Visitors given a preview last week commented variously: “Great collections and really family friendly”, “It’s clear a lot of care and effort has gone into this exhibition. I’m impressed” and “I really like the flow of the exhibition and quality of items. Nice bright colours too”

Councillor Louise Gittins, Cabinet Member for Communities and Wellbeing thanked those involved with funding and updating the gallery, combining the original collections alongside contemporary interpretation. Interactive features for younger visitors include masks, a fuzz felt forest , dressing up and wildlife sound buttons.

Alongside the ever popular “Dox” (see https://thechesterblog.com/2017/02/22/in-the-vaults-of-the-grosvenor-museum/) other exhibits of interest include a Noddy – a tropical seabird supposedly shot on the Dee marshes in 1891 The Kermadec Petrel another tropical seabird  also features- the Grosvenor Museum exhibit was the first recorded Kermadec Petrel in Cheshire.  The bird was found dead at Tarporley on 1st April 1908.  It was taken to Chester market where Arthur Newstead (brother of Alfred and Robert Newstead) bought it; it was then bought for the Museum.  Nobody knows if this bird flew from the tropics by itself, or if it escaped or was released from captivity in this country.  The Kermadec Petrel is not on the official British Bird list.  It has never been seen in Britain again

The Grosvenor Museum is open Monday to Saturday 10.30am to 5pm and Sunday 1pm to 4pm. Entry is free, donations welcome