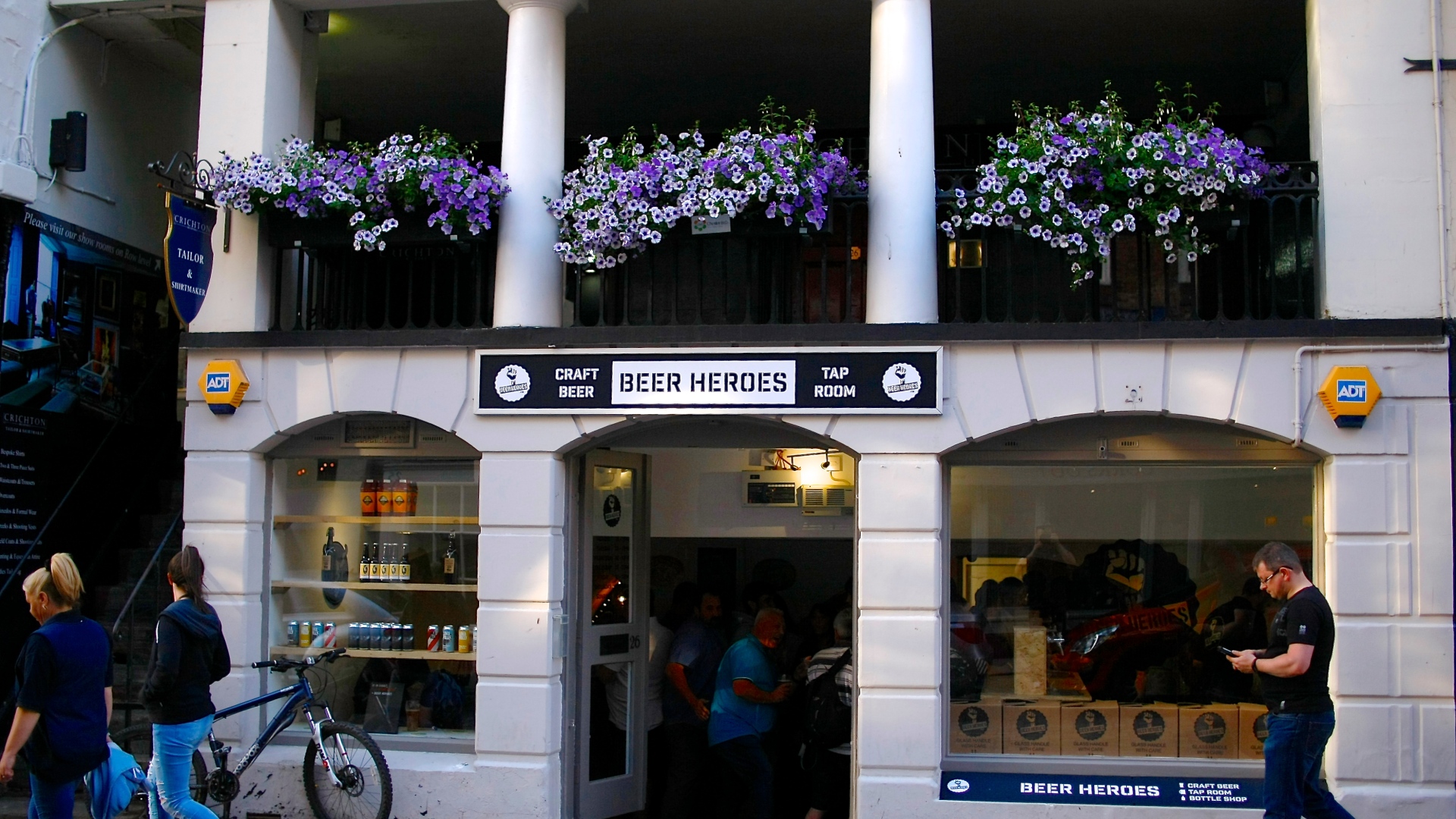 Based on Watergate Street, the new store is the couple’s second and follows on from the launch of Beer Heroes in Helsby town centre

With inspiration stemming from their own interests in craft beer and over a decade of business experience, married couple Carl and Kelly Ball have thrown open the doors to Beer Heroes – the latest independent store to join the Watergate Street revolution.

Pledging their mission, “to save the world from bland, boring beer”, the independent business offers over 350 unique craft beers online and in store, with customers given the option to drink at the venue or ‘take-away’.

The couple, who live nearby in Elton, have sold around 1,500 different bottles of beer since opening their Helsby store and place a strong emphasis on sourcing local beer from across Cheshire and the North West.

They also believe CH1ChesterBID’s current ‘Love Local’ campaign, which encourages local residents to support the “unique and boutique” businesses in Chester is incredibly important to grow the city’s independent community.

“We’ve visited Chester plenty of times and really felt that there was a gap in the market for something like Beer Heroes.,” said Beer Heroes co-owner, Kelly Ball.

“We spent a long time deciding on our second location, but Watergate Street really felt like a natural fit for us.

“The mix of independent and boutique stores is completely unique in the North West and the sense of community is incredibly strong. We’ve already made some great connections and are looking for more ways to come together with other like-minded independents in the city centre.

“Initiatives like CH1ChesterBID’s Love Local campaign, which is hopefully going to become a permanent fixture in the city, really show how committed Chester is to supporting smaller businesses and encouraging Cestrians to explore the wonderful and diverse stores they have on their doorstep.”

The new store features an open space called the vault which can host parties, events and even meetings for those wishing to indulge in an eclectic selection of beers and ales.

Beer Heroes is open from noon until 9pm every day and will soon begin tasting sessions hosted by in-house experts, letting visitors sample and learn more about the unique brews they stock. The sessions last for two hours and include eight beers with snacks throughout.

‘Meet the Brewers’, music and comedy events will also be held in the Beer Heroes Vault, with events running throughout August and September.