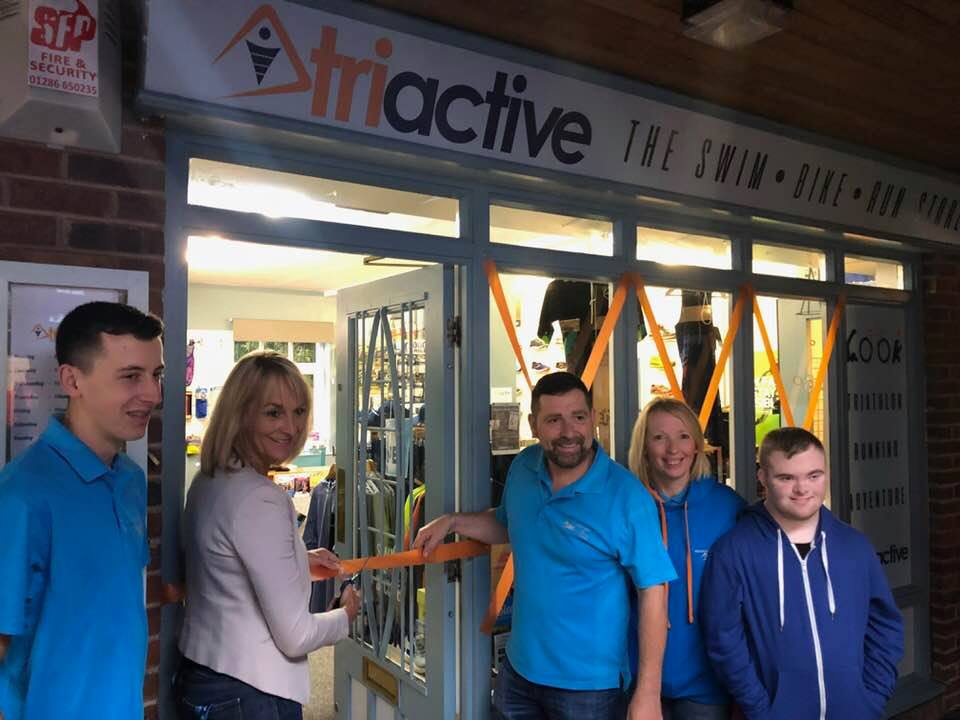 BBC Breakfast presenter Louise Minchin came along to cut the ribbon at the relaunch of Triactive on Rufus Court last night. The independent sports store which specialises in Triathlon gear, including running shoes and wetsuits was taken over last year by new owner Rich Vincent.

“We took over in July 2017 and since then we have done a full refurb on the shop. We now stock more bike accessories, alongside full range of running stock and triathlon accessories. We still offer gait analysis service and a wet suit fitting service. ”
Rich, who has been passionate about Triathlon for 10 years moved to the area from Skegness. “About 8 years ago I decided to start running, and that got me fit. I did a few challenges to get myself into shape and then started doing events. 5 years ago I became a Tri coach and a personal trainer. We moved from Skegness to North Wales and then we bought this place from (former owner) Graham. 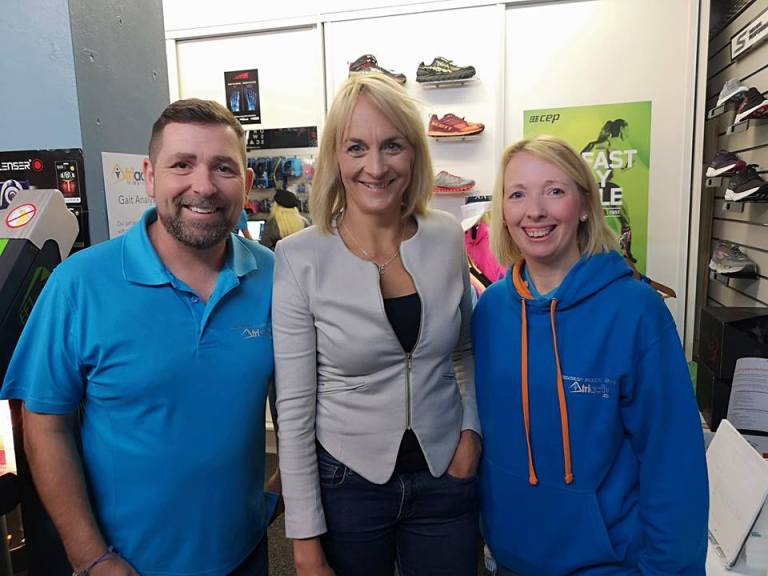 ” We didn’t know Chester at all. It’s similar to Lincoln which was our local city. Its a nice little courtyard we have here, and its an established business so we get a lot of repeat trade, but we’re trying to build on that and get some new customers in. Anybody starting out in Triathlon come and see us and we’ll sort you out, as well as experienced triathletes, we cater for all.”

Alongside cutting the ribbon Louise was also signing copies of her new book “Dare to Tri” which details her personal journey from the BBC Breakfast sofa to representing Great Britain at the World Triathlon Championships. She commented that “It’s been really lovely to be back in the shop where my Triathlon career started. I remember coming here and I didn’t even know what a Tri suit was! The shop looks fantastic. What’s amusing me is I’m looking at completely different things, and I’m thinking “oh right now I need a rucksack to be able to run a marathon!” Five years ago I would not be looking for that. Being in here is like being a kid in a toy shop, every single thing I want to try! “

Louise also spoke about her personal journey saying that she never expected to become a triathlete. “I think what the book is really about is that we can all do things that we think are impossible. Its such fun to go out there, challenge yourself, do something utterly ridiculous and see how far you get! You will have an amazing time along the way!”

Owner Rich said it had been a fantastic night, and thanked Louise for attending after he contacted her via twitter. Triactive have also launched a new website at
https://www.triactive.co.uk/