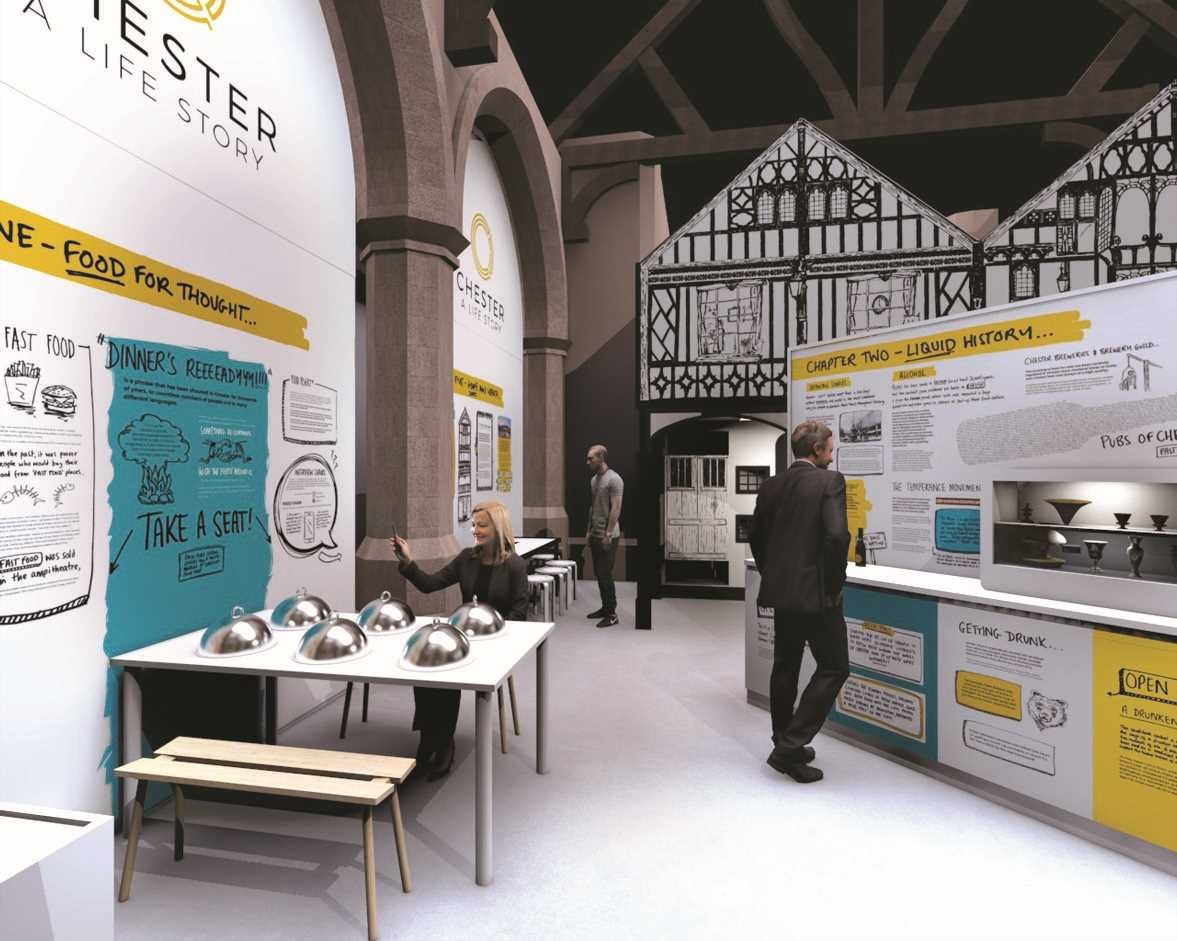 “Chester: A Life Story” is a new attraction opening at the end of March, run by BIG Heritage inside St Michaels Church on Bridge street. After a complete renovation of the building the former heritage centre has been transformed following investment from the Wellcome Trust and will be “an attraction with “a difference” says BIG Heritage boss Dean Paton.

The attraction will offer a thematical rather than chronological look at Chester’s heritage using stories from people throughout the ages.  “What we’re trying to do is twist the idea of a museum on its head. BIG Heritage are more interested in people rather than objects or buildings. People today, just as much as people in the past. ”

“The first section looks at how people throughout the ages have met their basic needs, and further along we look at things like relationships, music and art. You’ll have stuff from Chester Pride alongside stuff from the 14th century. ” A Life Story also aims to encourage self reflection.  “Its a museum of You as much as anything” 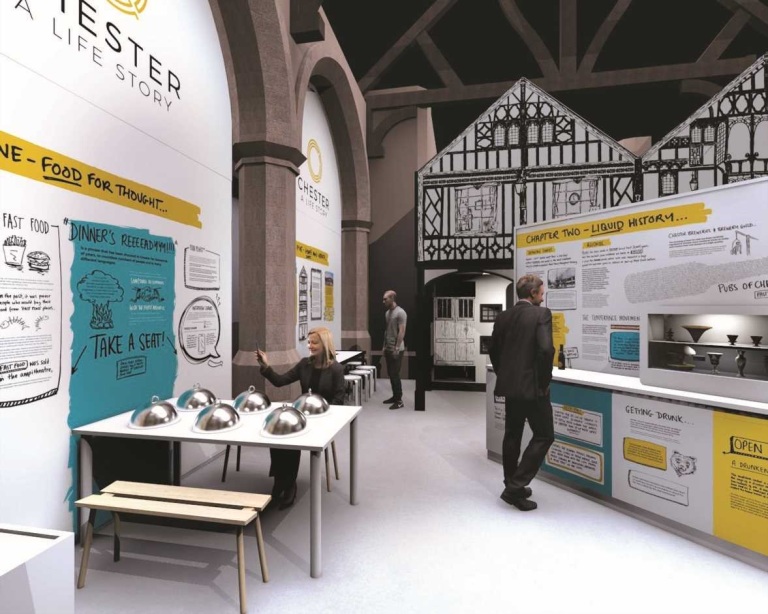 Interaction will be a key theme with BIG Heritage using some cutting edge technology along the way. Museum pieces will be on display in transparent digital museum cases which will display video and imagery relating to the objects on show. Dean first saw the technology during an overseas trip and has worked with a Chinese company to bring the innovative approach to Chester.

We were given a tease of the exhibits which will include a Chester “rogues gallery”, a recreated cell from the Northgate prison and a “time travelling toilet”. Responding to speculation Dean says that the famous Plague Doctor will make a “guest appearance”. Stories from local people will be a key aspect , including an exhibit based on a specific family from Chester will which change every few months.

Following their successful take over of Western Approaches in Liverpool, guiding it to the top of the Trip Advisor rankings , BIG Heritage have high hopes for the new attraction.  ” For visitors its a history of Chester , but for Cestrians its a history of themselves” says Dean.

BIG Heritage are appealing to the public for additional items to display  including love tokens, family artefacts with stories attached and photographs of memorable meals with friends and family.