I have to admit that, prior to tonight, I’d never seen Annie.

Actually, that’s a lie. My eldest daughter once played Annie in a production for her drama club so, with this as a benchmark, Nikolai Foster (director) had his work cut out. 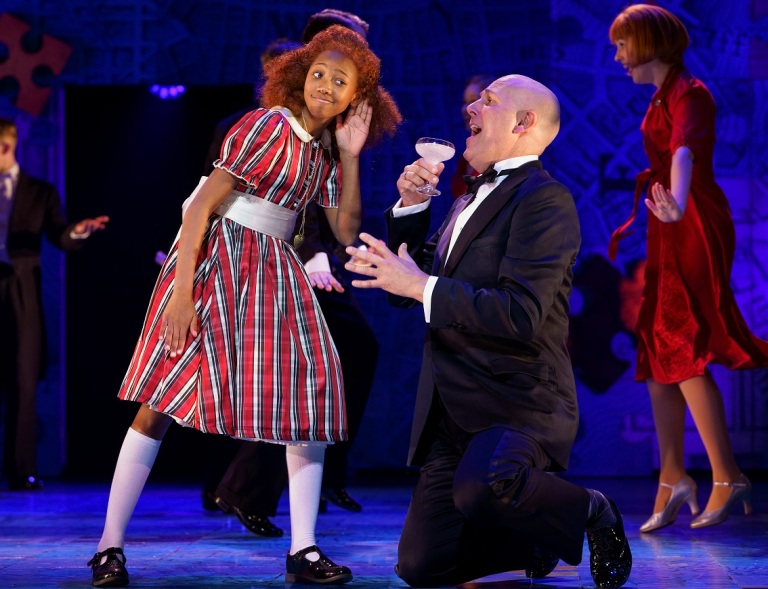 Given my lack of knowledge (I was far too busy crying manly tears during my daughter’s performance to take in any of the plot), I brought my other daughter (9), along to help fill in any gaps.

This was our first visit to the Storyhouse and we were both really impressed. The cafe and restaurant area is a relaxing space to wait in, especially for families, being comfortable and spacious enough so that it’s not crammed full of people.

As for the play, let’s start with the cast. They were all magnificent with the obvious highlights being Annie (played tonight – we think – by Ava Smith), Miss Hannigan (Anita Dobson) and Daddy Warbucks (Alex Bourne).

All were brilliant, but it was Anita Dobson’s Miss Hannigan (“Is it Mrs or Miss Hannigan? She must be a Miss…who would want to marry THAT?” – my daughter) that was the standout performance for me. 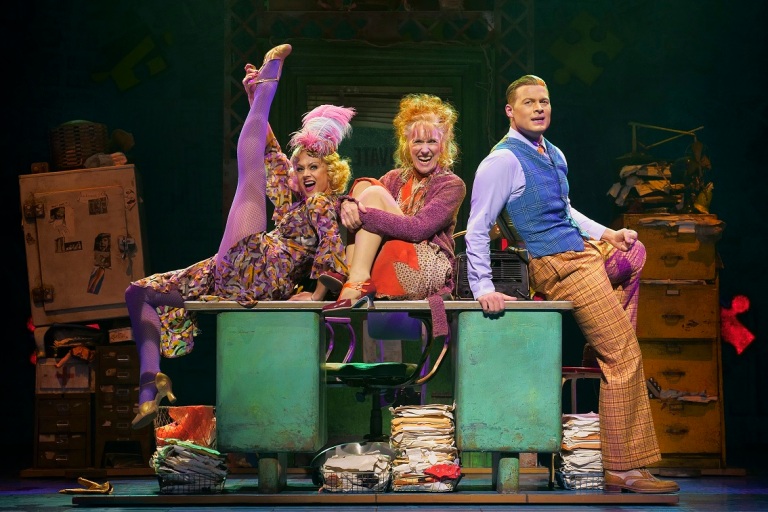 Evil one moment and then genuinely funny the next, with lots of physical comedy spots in between, she really held the tension of the plot together, for me at least.

(No spoilers, but if you’ve ever wondered what it would look like to see Anita Dobson – at 69 years of age! – wiggling her legs while lying on a desk, you are in for a treat!).

What can you say about the songs? From the opening “Maybe” to the romp and stomp of “Hard Knock Life”, they were all performed brilliantly. I especially liked the cast of orphans – I could’ve watched an entire show of just them!

(Note: if someone commissions a spin-off show, entitled: “Annie: the other orphans”, I want 10%!)

Oh, and yes, the dog is in the show too! Though my daughter and I agreed that the dog could’ve been used more (can you ever have too much of a cute dog?), as it’s reappearance at the finale was a bit of an “oh yeah! I’d forgotten about that dog…” kind of moment.

At 2 hours 20 minutes (including a 20-minute interval), the show is the perfect length for fidgety families. The smooth transitions between scenes ensured that everything moves along at a swift pace, without feeling rushed or hurried. The stage and backdrops were exceptional too. Simple, but elegant and precise enough to clearly set the scene. Small details such as the teddy on the light fixture didn’t go unnoticed either.

Even though the plot mentions potentially upsetting ideas (killing Annie to get the reward, for example), there is never really any danger or peril, so you don’t need to worry about your kids getting upset.

The theatre itself looks magnificent – far better than I imagined. The comfy, graduated seats mean that you’re never likely to be faced with the “Oh my god, I’m sat right behind a 7-foot giant…AND NOW HE’S WEARING A HAT!” type problem. We were sat in the stalls and both me and my daughter were able to relax and enjoy the show without having to contort ourselves like a gymnast to see the different parts of the stage.

Amazing performances of classic songs that you can’t help but sing along to, Annie is a fabulous production that your whole family will love!