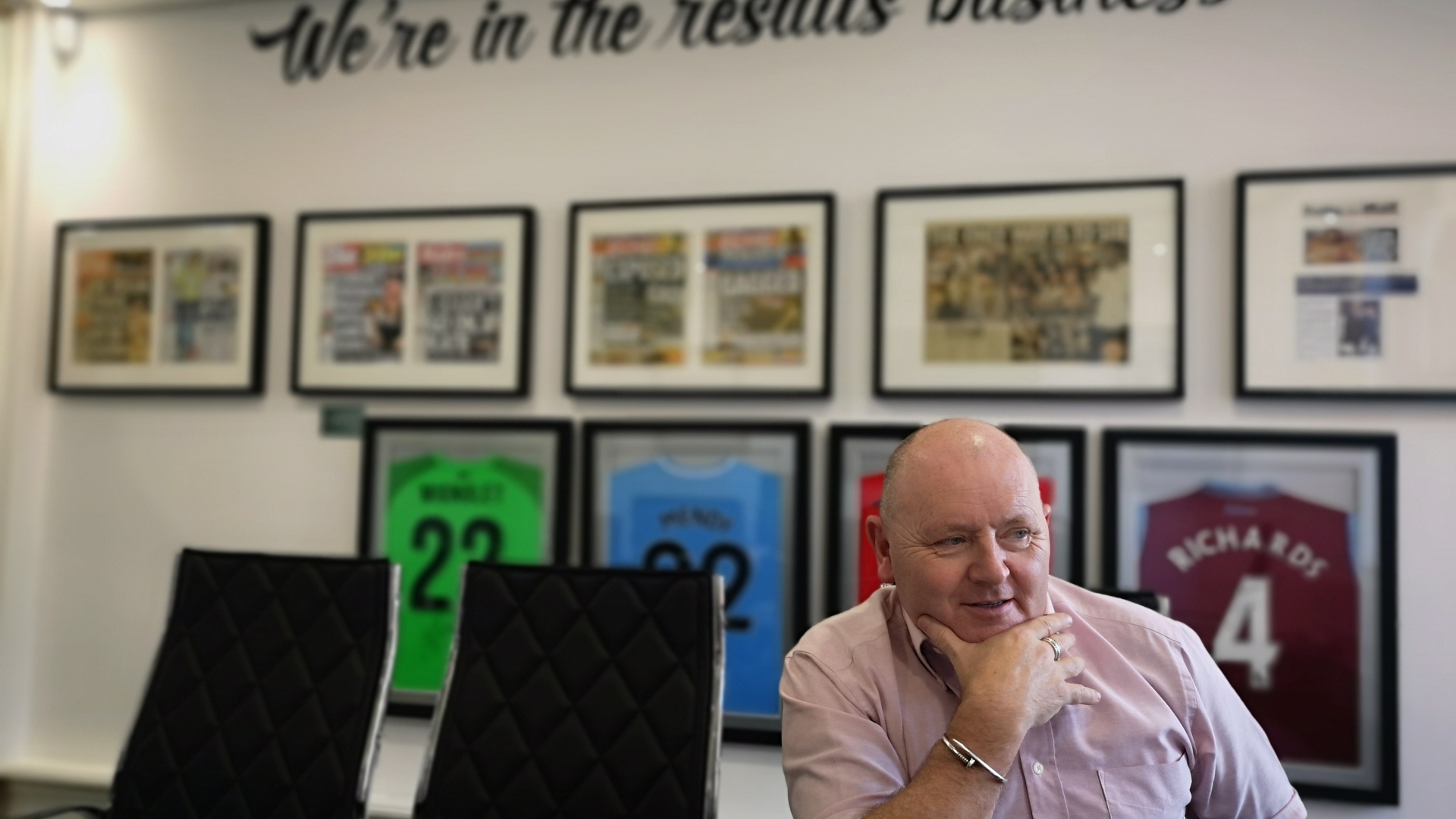 Mark Manley is the Managing Director of Manley’s Solicitors, the company he founded in 2012. We spoke to Mark about his upbringing and long career in the law and the legal dangers of the internet age. 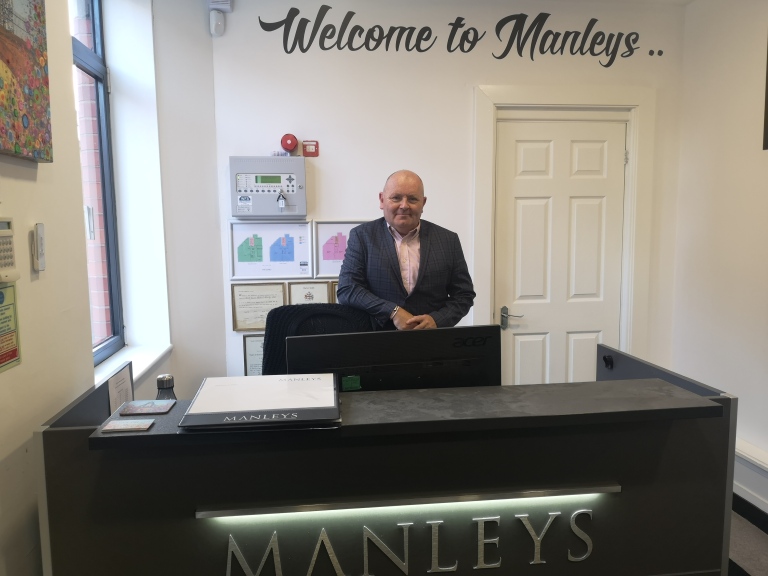 “I grew up in a terraced house in Liverpool. I was adopted, my adoptive parents were incredible people. I grew up rich in love, but very much not rich in cash! We didn’t have a lot of money, never holidays abroad but we had a lot of laughter and love. I remember when I was only very young in the summer holidays there was a programme on TV called Crown Court and I loved it. I once said to my mum :”I’m gonna do that when I’m older”. When this became a more serious ambition mum told me I was dreaming: she thought it was ridiculous because we didn’t have money or connections and back in those days, you became a solicitor or barrister if you knew somebody, or your family knew somebody.  My dad on the other hand, who was and is, my hero in life, he said to me “you go for it son” He was a phenomenal inspiration to me and gave me every encouragement”.

After graduation at Liverpool University (he couldn’t go to Oxford as no grants were available for the Oxbridge Universities) Mark came to Chester to do solicitors exams at the College of Law in Christleton. ” I lived that year in a house in Waverton and fell in love with the area. I’d only ever been to Chester prior to this, on boozy nights at one of the most fantastic night clubs there ever was : Cinderella Rockerfellas. ” The nightclub was located just opposite the site of the modern Manley’s office at the far end of Foregate street. (See  https://thechesterblog.com/2014/07/13/staying-alive-life-in-chester-clubs-in-the-70s-and-80s/  )

“Let me tell you..” he enthuses “you walked through the doors and climbed these brightly illuminated staircases. I would come across almost every weekend with a pal of mine. We loved it. When I started living in Chester attending the College of Law I grew really fond of the City I could easily see myself living here. Its made me wonder at who owns the intellectual property rights to Cinderella Rockerfellas, and maybe look into converting the third floor of our building into Cinderella’s mk#2 ! Although I think Chester probably has enough bars and nightclubs without me entering the fray!”

Mark then worked in Cardiff before returning North several years later for family reasons. He was soon back on familiar territory buying a house on the canal in Waverton. For the next 21 years he worked for a big law firm in Liverpool. ” During that period I managed to build up a reputation for acting for the rich and famous, newspapers and footballers mainly in scandal and gossip cases.”

Mark founded Manley’s in 2012 in Chester and the firm offers a mix of general commercial litigation, handling everyday commercial disputes, often between directors who have fallen out, but still specialises in reputation management and privacy claims. “We dealt with a lot of the phone hacking claims, and represent a large number of footballers, football clubs, politicians, actors, actresses, musicians and more recently members of royal families”

I asked Mark if Manley’s was one of the top firms in the area for this field of law? He replies confidently, “No… we are the ONLY firm in the area for this! At least in Chester, nobody else does what we do. There are some other firms in the North West who do some of what we do, but I very much doubt on anywhere near the same scale. We are handling this work every day of the week. It goes well beyond celebrities, footballers and reality TV. There are a lot of brands and businesses concerned about their corporate reputation online. We act for internationally known companies, organisations, charities and even governments to ensure their business, reputation and brands are protected. We also do a lot of work around social media, we’ve done a lot of training for people, often entitled “think before you tweet!”

“We’ve sued people over twitter, Instagram and Facebook comments. We have defended people who’ve written things that they’ve regretted deeply. Its incredible how 140 characters .. I now its longer now… have destroyed lives… ”

Is the massive growth of social media a boom time for the legal profession I asked.?

He replied: “Print media has rapidly declined. When I started in this field in 1985, there was no social media. Lots of things in life have changed – even terminology. You didn’t go to Starbucks then and say “can I get a coffee” because the waitress would say, “No we do the serving not you!”. When something was “sick” it was ill, not amazing! Things were very different! All my work then was about what had been written in newspapers or what was going to be written, or broadcast on TV. Now, whilst we do still act for and against newspapers and broadcasters, the prominence of social media means a lot of our work is about acting in relation to online content.  It is so instant and the reach of the audience is significantly greater. Something written in a local paper in the 1990s which had a readership under 100,000 people meant limitation on reputational damage. Now, put the same thing on Facebook anybody in the world can see it. So the potential for destruction of reputations, invasions of privacy etc.. is so much greater…

“Its not just the person who posts the adverse comment, its everyone who shares, comments etc. We dealt with a very difficult case last year for a young client who was the subject of a dreadful online attack relating to show jumping. Within days of the original post, there were 1000s of comments, shares, likes and a lot of very nasty comments including death threats. We had to put that right and after the issue of libel proceedings in the High Court we got the required outcome with grovelling apologies on Facebook. One method of ensuring the readership of the apology is significant is forcing the pinning of one to social media pages (often for a year).”

Manley’s undertakes a lot of work to protect invasions of privacy and intellectual property rights infringement, “We handled one of the UK’s biggest ever TV format rights disputes and have been involved in some significant copyright cases. Again, all too easy to pinch material off the internet! On the privacy side, we have obtained injunctions for world known entertainers and sportsmen. They are slightly less common than they used to be. We have done a lot of this to stop the media from publishing in print or online. We are in the middle of a very significant battle presently to bring down some seriously false allegations about an internationally known sportsman”

Mark rejects the call for greater control/policing of internet content.

“We have an excellent success rate of forcing things to be removed. I think its impossible for something as wide as the internet to be policed to a high level. I query if it was, whether it would be used as prolifically as it is. There would be serious issues with that level of control in terms of freedom of speech… Theres always a balance we must juggle with the right to freedom of expression on one hand and the media (and others) but not allowing infringement of private and confidential information which should remain so.”

With people happy to post inflammatory statements or downright lies online, I asked Mark if the public took the risks seriously. “Certainly not sufficiently” he replied. “People don’t really think carefully in that moment of posting about the possible consequences of what they’re writing. They might think its a bit of fun, or they may think that nobody out of their circle of friends will see what they’ve written. The consequences can be dreadful, in terms of injunctions. damages, legal costs.. we’ve all got into this culture, we’re on our phones, or we’ve had a few beers…Hey – I’ve done it myself and regretted it the next day. The truth of it is this: don’t put something on the internet that you wouldn’t be prepared to shout out in a cinema full of 500 people … If you wouldn’t do that, better probably not to put it online…” 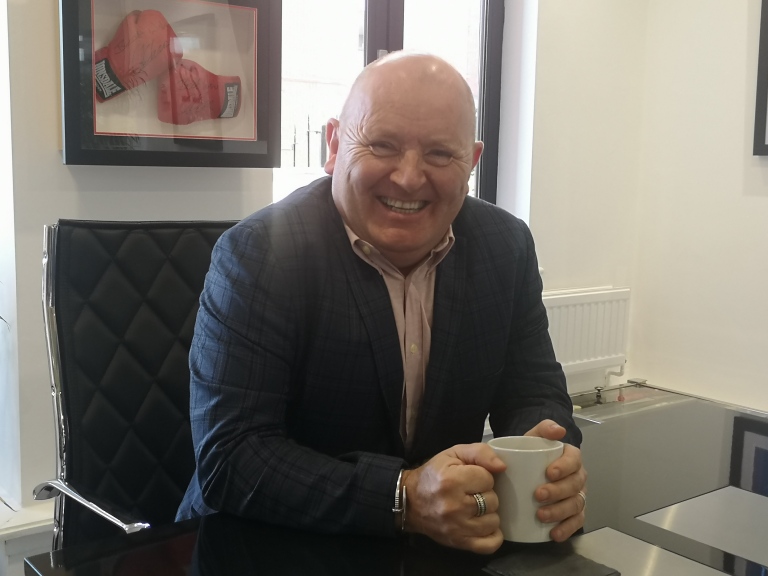 I asked Mark about his motivations. Was it a desire to “make things right” that spurred him on? ” Not really. To be really honest I’m just a hugely competitive person. I like winning. When we get instructed to fight a legal case, we want to win it or to get the best possible result for that client. So, its not always a case of righting wrongs, because quite often I will defend someone who has put something online which is wrong. It’s my job to get them out of this predicament with the least pain, as quickly as possible and as cheaply as possible. I liked the idea of an early age of dealing with problems and finding the best solutions. There would be people who say, without a doubt, that some of what we do is immoral . Somebody who comes to us for example, who is cheating on their partner and wants an injunction so the world doesn’t find out, people will say “how could you do that?”

“Well, firstly it’s their business, not mine. Not for me to be passing a moral judgement, if they want to know if the law provides them with the ability to keep their private matters private, then I’m going to tell them what they can do. If you’re a celebrity and you’ve misbehaved it’s very difficult to keep your misconduct indoors and perhaps try and save your relationship, for the benefit of your partner, your children and yourself. Your private life isn’t private anymore because the media is out to publish every sordid detail about it. Whereas if you’re not a celebrity then you at least have the capacity to be anonymous and you have a greater chance of saving your relationship because the world isn’t passing judgement and your friends and family, and your children’s friends have not read it all online or in a newspaper. Some people would say it’s immoral to stop the world from finding out these sordid details, but the truth is that the British public, probably more than in any country in the World, has this strong appetite for read scandal and gossip. That’s why, when the News of the World existed it sold more copies on a Sunday than the combined total of all other Sunday newspapers.”

In closing , Mark described the other inspirations in his life. ” I am blessed to have an amazing wife Sharon, she’s a fantastic human being, selfless and helps a lot of people in need of help. She works for the Witness Service as a volunteer . She is also very beautiful and my true soulmate. I’m very lucky to have her. Then we have our 3 lovely daughters, and our granddaughter Mia So I’m surrounded by women – but not for long – one of our daughters is finally having a little boy in December – I cannot wait! I’m a passionate Evertonian and have been going to Goodison since 1968.”  Music has also played a big part in his life and he plays piano, guitar and drums. With a reference to his role sitting as a Deputy District Judge (since 2003) he says he is affectionately known in piano bars on the Costa Del Sol as “The Singing Judge!”

Thanks to Mark for his time.