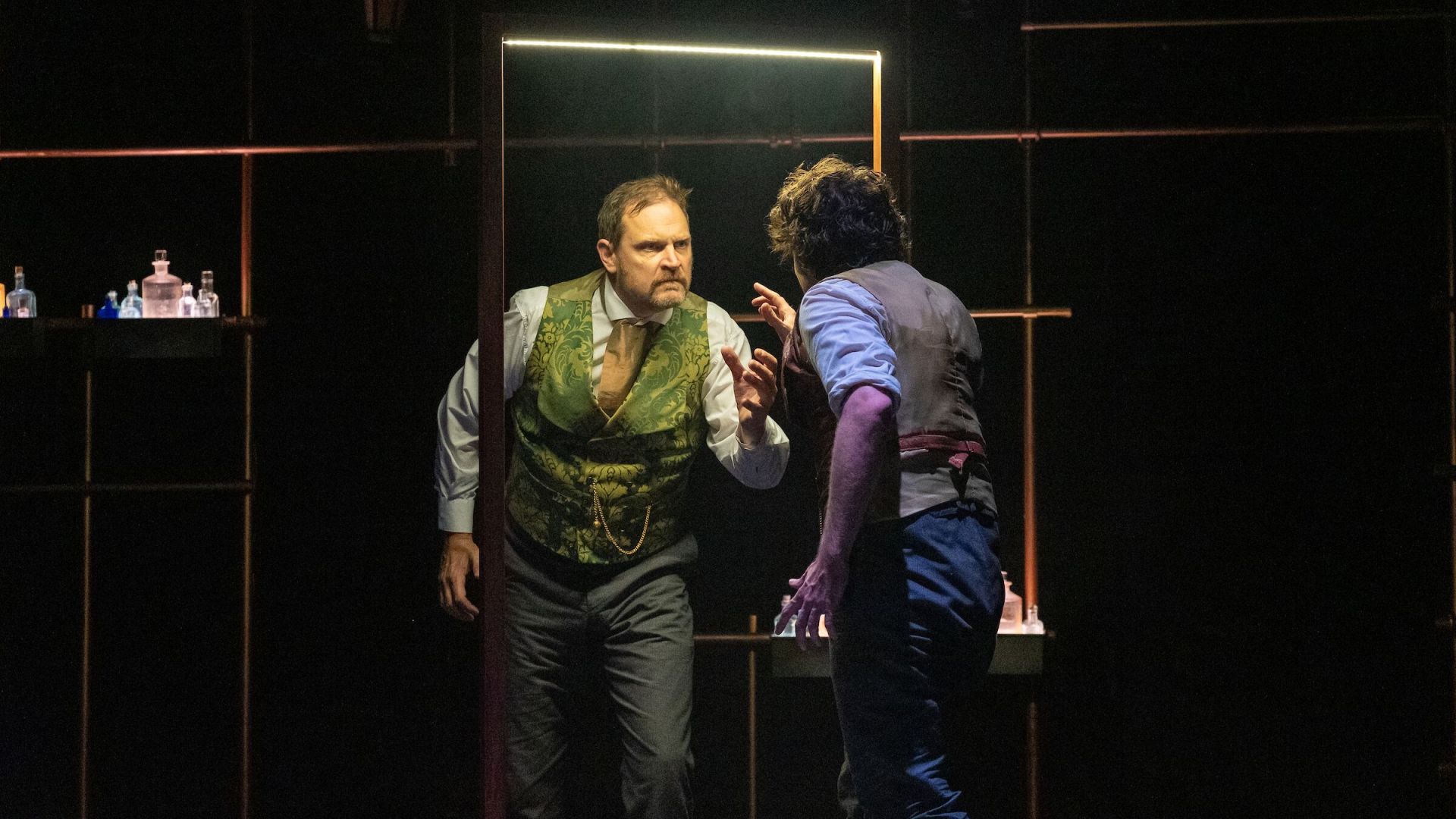 Glyn Maxwell explores the concept of good versus evil in his new stage production of Robert Louis Steveson’s gothic novella Jekyll and Hyde. 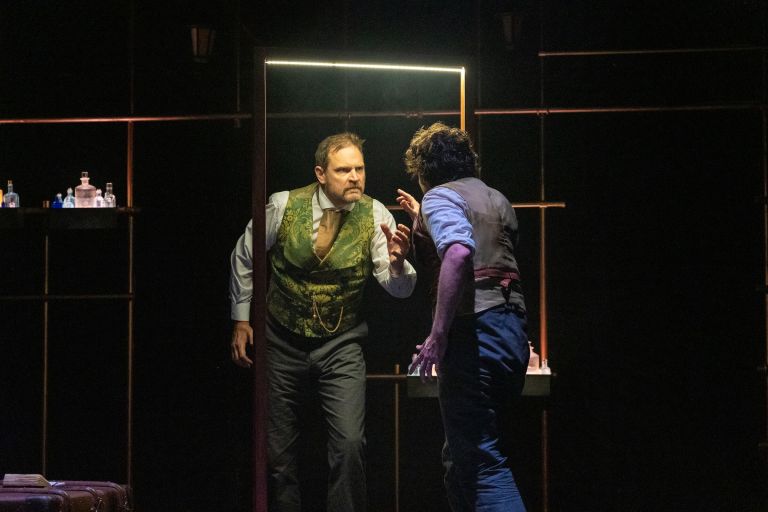 The opening scene sets the tone for dark and foreboding tale with lighting and sound being used to great effect alongside some powerful choreography from Jekyll (Edward Harrison) and Hyde (Matthew Flynn). Paul Bayes Kitcher is the choreographer for this production, artistic director and co-founder of Fallen Angels Dance Theatre, a charity to support those in recovery from addiction.
Harrison and Flynn both portray different sides of the same person and do so very well. Dr Jekyll frantically trying to perfect the potion that he consumes to bring out Mr Hyde, Mr Hyde becoming stronger and wanting to stay longer each time he is allowed ‘out’. The choreography by both during transformation scenes was powerful and Hyde’s monologues and speech development were a fantastic insight into how he understood and learned from the world. 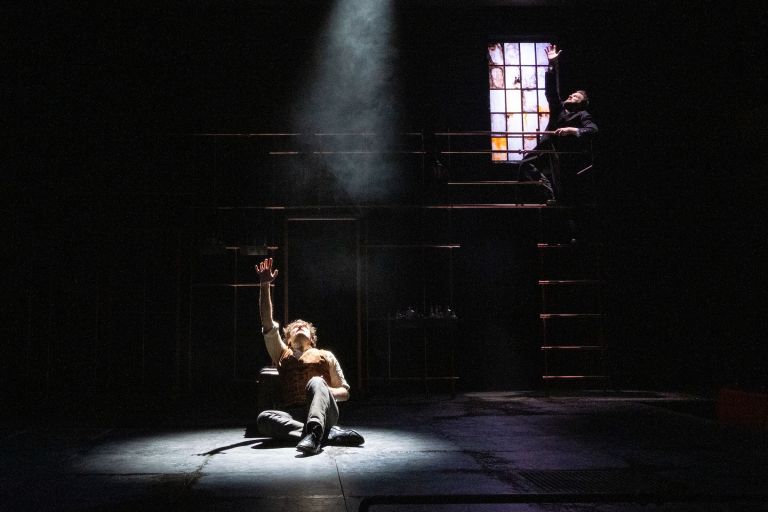 Unlike the novella, this production features a strong female presence, or two to be exact, Lady Gabriel (Natasha Bain) and her visiting niece Rose (Rosa Hesmondhalgh). Gabriel is a former colleague of Jekyll, wanting to help but not willing to accept his theories about separating the two parts of himself, Rose is younger and more curious, to the extent of it getting her in dangerous predicaments. The two are almost as opposed as the titular Jekyll and Hyde. Bain has great stage presence and Hesmondhalgh brings a lighter side to a dark story, offering almost too much comic relief, but not quite.
The set design is almost another changing character, there are no set changes but at one moment we are in a cold, damp laboratory, then the dangerous streets of Victorian London, next a warm welcoming house and at one point an imagined lecture hall. The changes are fluid and you know exactly where you are in each case, a very well used stage.
Glyn Maxwell and director Psyche Scott have brought Victorian London to the Storyhouse stage in this compelling story of good and evil. The small cast and compact stage make for an intimate adaptation and the focus on addiction, by working with the Fallen Angels, reminds us that the themes in this work are still relevant today.  The show runs until the 19th October.