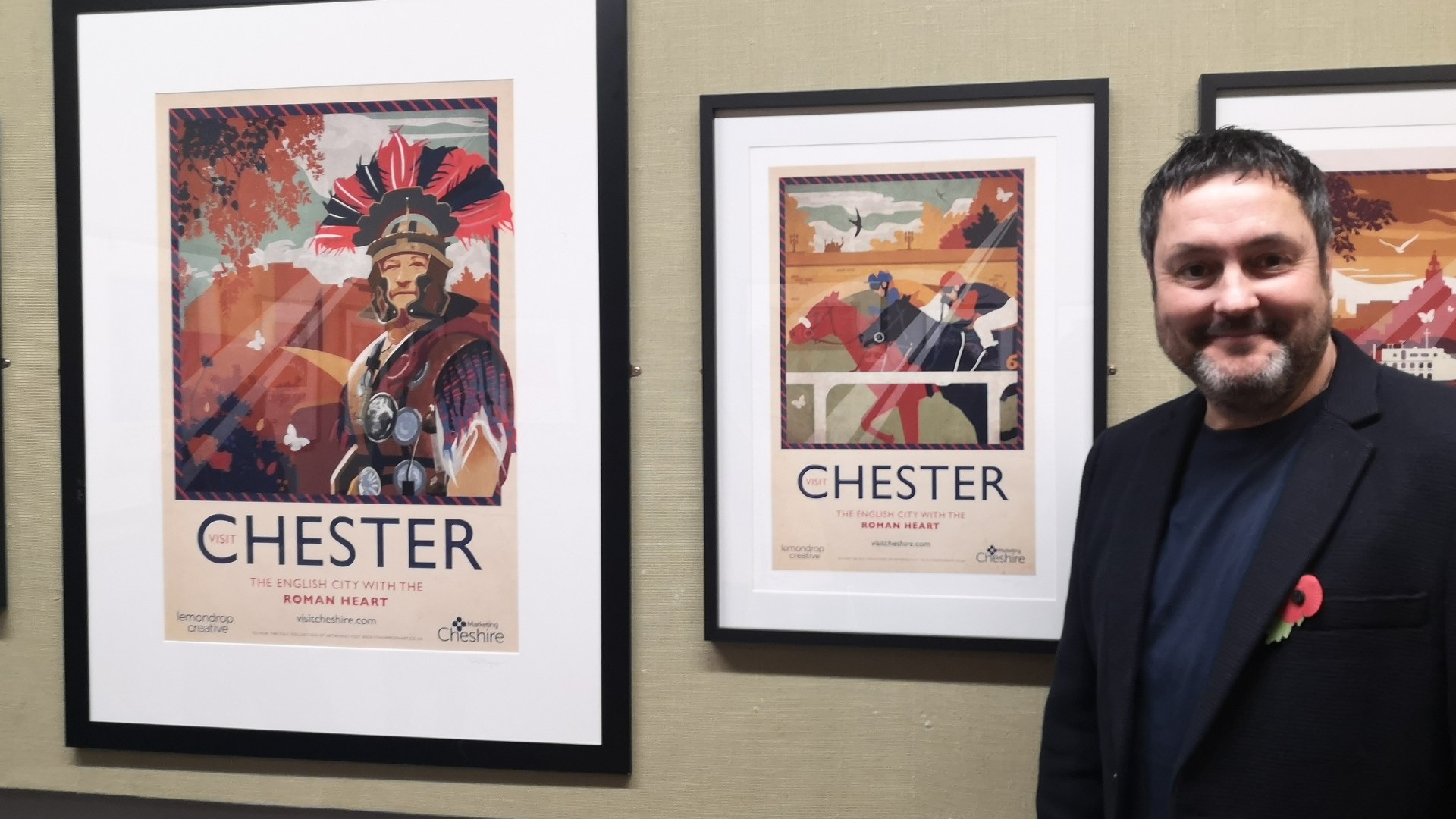 Made in Chester is a new exhibition at the Grosvenor Museum of 1930s style travel posters by the artist Nicky Thompson. Nicky is a graphic designer and lecturer and the founder of Chester design studio Lemondrop creative.

Speaking at the launch Nicky explained that the Chester art was an offshoot of an initial  commission to promote the Lion Salt Works in Northwich.  Inspired by the travel posters of the artist Frank Henry Mason, the  subsequent Marvellous Days Out  campaign (2017) consisted of 12 brightly coloured and retro styled posters promoting locations across the Mid Cheshire rail line.  The campaign received national interest and led to further work from other companies including Virgin, Tatton Park and London Northwestern railway. The works on show at the museum include 12 Chester themed posters and  12 of the best of Nicky’s work for other companies. The works  showcase iconic Chester imagery including the Groves, the Eastgate clock, the racecourse, zoo and more.

Sally Buttifant MBE, railway champion spoke, about the impact of the railway upon society and how the early tourism industry was boosted by the vibrant posters of the 1920s and 30s. Nicky Thompson’s work she said, offered a 21st century version of the iconic campaigns.

Said Nicky : “They are brightly coloured, nostalgic, feel good, immediate, they take us back to the safety of the inter war years. Theres an honesty to them, the artwork says:  “Come and visit Chester because its beautiful”. And it is. Theres no catch! They are simple stories that I hope are told well” 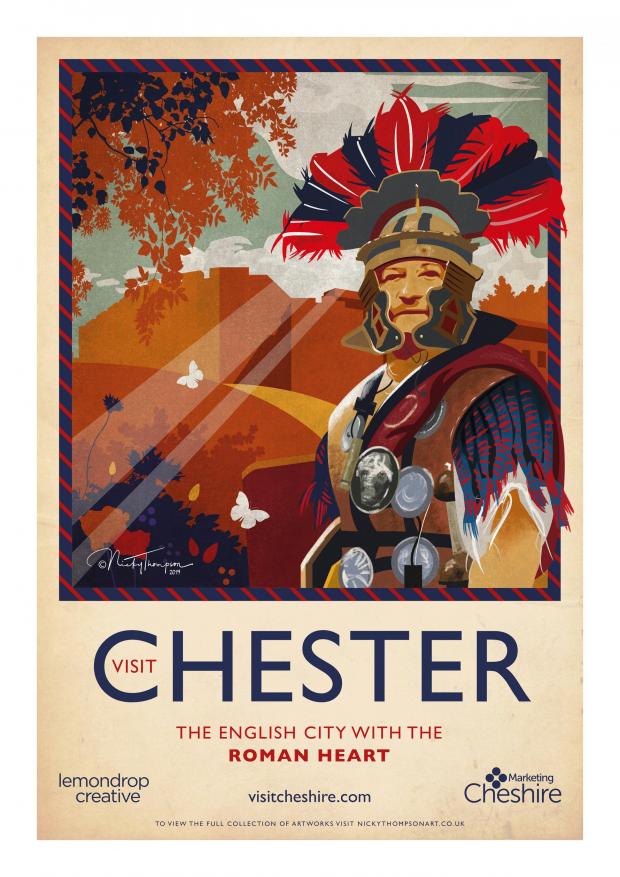