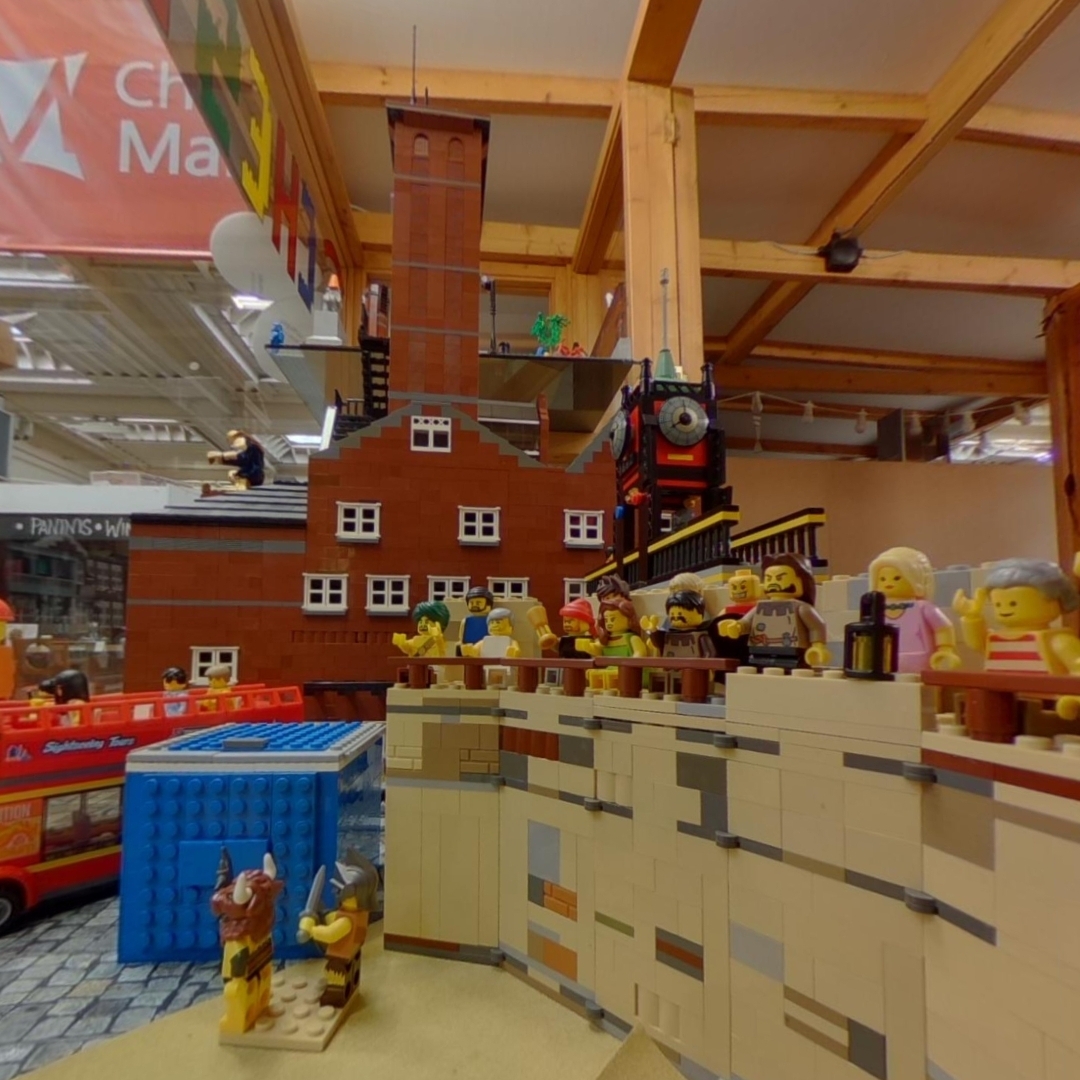 With the market locked down apart from the essential food stalls, the Chester in Lego display remains closed until further notice. However thanks to some technical wizardry Lego fans can explore the insides of the popular attraction in a virtual form via the website  https://tinyurl.com/Chester-in-Lego

The interactive tour is based on photographs taken in the summer of 2019 by photographer and Google “Trusted Partner” Jim Gayes:

Jim who has lived in Chester for over 20 years, said “When I first saw a 360º camera a few years back I knew that it would be a fantastic way of photographing things in ways that had not previously been possible.

“I’ve been involved with capturing and publishing Google Street View imagery to Google Maps for a few years and now as a Google “Trusted Partner” I mainly specialise in capturing larger outside spaces, walking paths and trails although unusual and unique projects always pique my interest.

I always like to take on new challenges and saw the Lego exhibition as a fun way of promoting Chester and Chester Market. With @ShitChester’s help I used my Ricoh Theta V camera to get in amongst the Lego action and this allows everyone to experience the attraction in a totally unique “Lego people’s eye view” way. In all honesty I’d got no idea if this would actually work, but there was only one way to find out and give it a go.

Making this virtual tour has had a few different technical challenges to overcome, the first being timing. I didn’t want any people in the background, so had a short window of around an hour and a half to complete the shoot early one morning before the market opened to the public.

The next challenge was moving the camera to each position within the model display cabinet to take each picture. This proved quite tricky because physical access into the display cabinet is not easy. Many of the glass panels are fixed, so for a large percentage of the shots I had to physically climb into the display in my socks and carefully try not to knock anything on my way to placing the camera. I then had to climb out again and hide out of shot before taking each photo with @ShitChester’s help. I had to repeat this process approximately 75 times to get all the photos. It was quite a work out for the hour and a half, but fun at the same time. 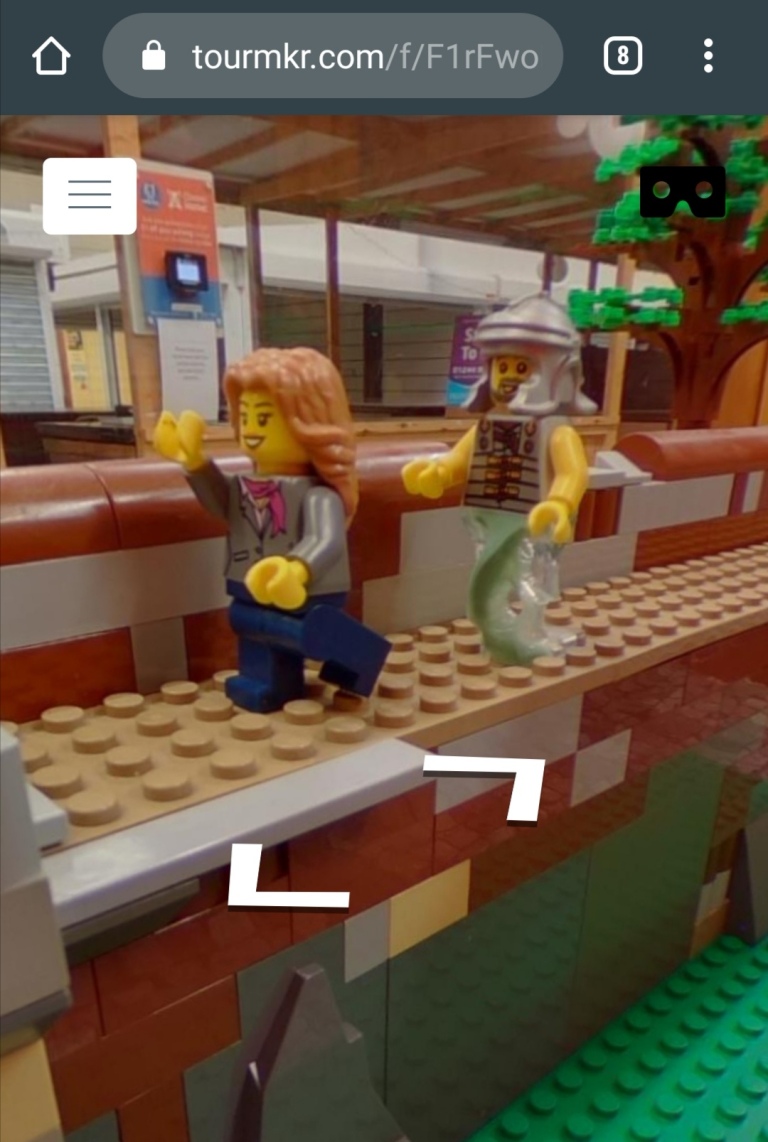 Jim used specialised software created by the Canadian company Gothru (https://gothru.co/) to create the virtual tour.  Says Jim “The owner of the company Al Bug has been extremely helpful with this project as I’m quite new to using this software and he has assembled some of the tour for me.

“Once the basic tour layout was assembled, I have then used another part of the Gothru package to enhance this tour by adding all the additional information hotspots and side menu connecting the model locations and businesses to their real world counterparts.

“In this current climate of almost global lockdown with no “normal” travel for the short term at least, stopping all tourist visits to Chester, we can now reverse the tables and take “Chester to the World” with a simple click on a link by anyone with an internet connection anywhere in the World. Hopefully many will visit us for real when life returns to normality!”

Jim has recently set up his own business using his 360 degree cameras and is hoping to work with companies interested in creating innovative marketing material.  Jim has produced over 930,000 individual images to Google Maps with over 17 million views achieved. Locally he has published the first 20 miles of the Sandstone Trail to Google Maps, as well as the whole of Eaton Golf Course and the Grosvenor Park miniature railway. Jim has produced an internal virtual tour of Heath Lane Medical Centre in Boughton which can be viewed at  https://goo.gl/maps/BwaDhPWMUYVXiiks8

The Lego tour, which shows the display as it was in June of 2019 can be visited at

Visitors can also donate to current charity, Chester based mental health group Chapter via the tour.

Jim Gayes can be contacted via :

Thanks to Sarah for creating the Virtual Lego Tour logo !