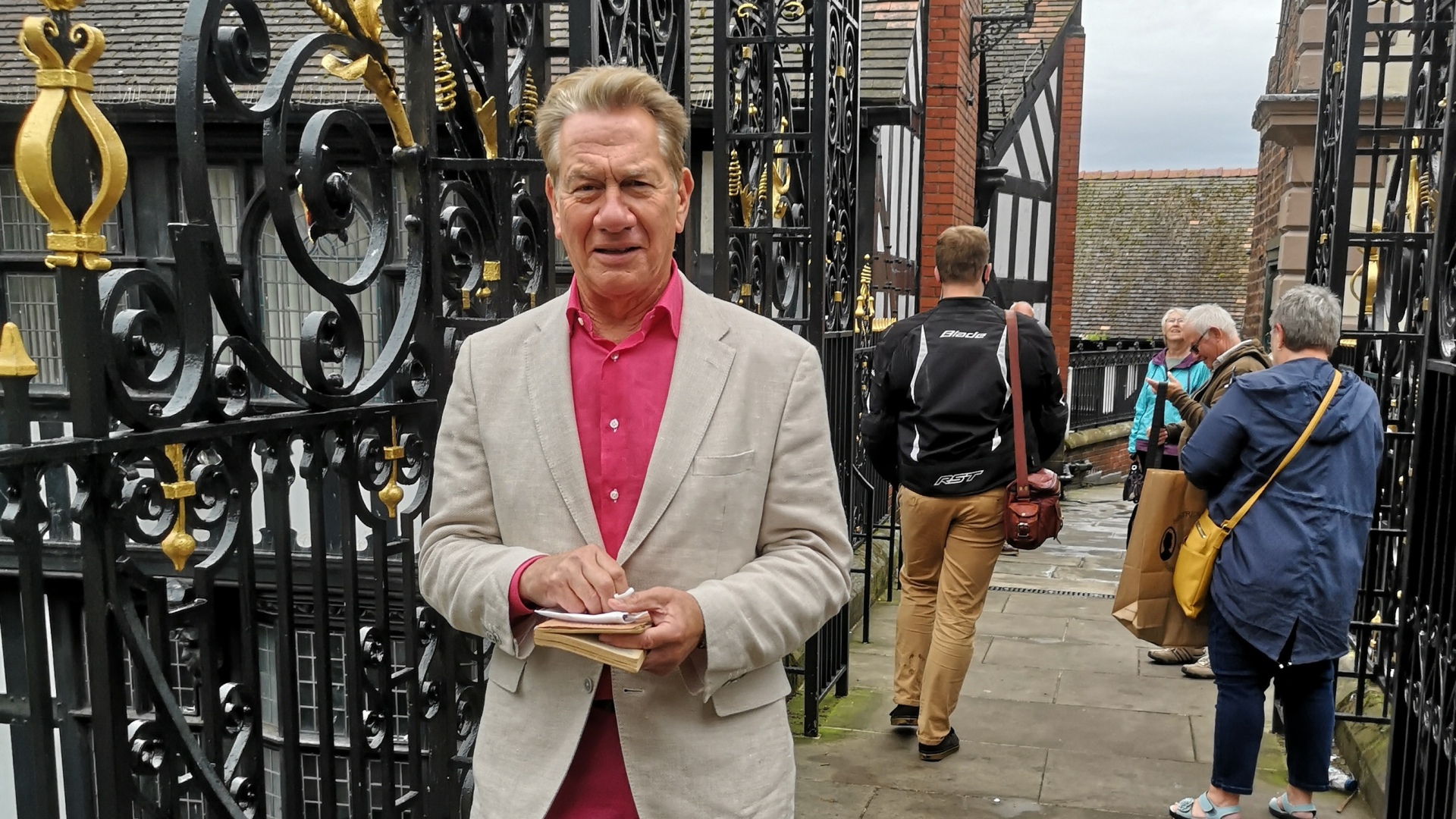 Micheal Portillo’s series of long running Great Railway Journeys continues with a visit to Chester next week with the episode airing on the 10th May at 6.30 (BBC2) . The episode features the former politician, fond of colourful trousers making the journey from Crewe to Shotton with various stops along the way. Portillo was spotted early last September on the Eastgate Clock in early September of last year, and was later sighted filming across the border at Wrexham General Station.

The episode description on the BBC website says that Portillo will be exploring Crewe’s railway heritage before making the trip to Chester.

“Following his Bradshaw’s Guide, Michael takes the train to Chester to discover the interwar origins of Britain’s most popular zoo. Michael learns how the work of Chester Zoo’s enlightened founder continues, and he helps to feed a young greater one-horned rhino.

Across the border in north Wales, Michael reaches the village of Gresford, the scene of one of Britain’s worst mining disasters, where 266 men lost their lives in 1934. Michael hears how it happened and how it is remembered in the community today. The Ifton Colliery Band plays Gresford – The Miners’ Hymn.

Over the River Dee, at Tata Steel in Shotton, Michael discovers a wartime boost to steel production on the site, where John Summers & Sons manufactured up to 50,000 Andersen shelters a week. The steel shelters and others designed by the company for people’s back gardens protected families from aerial bombardment by German planes.”

The airing will be the second on screen appearance for Chester in a week, with Stephen Mulhern’s fun game show”In for a Penny” Chester set episode airing at 7pm on ITV this Saturday. Filming took place at numerous locations around the city including Eastgate street and The Cross.