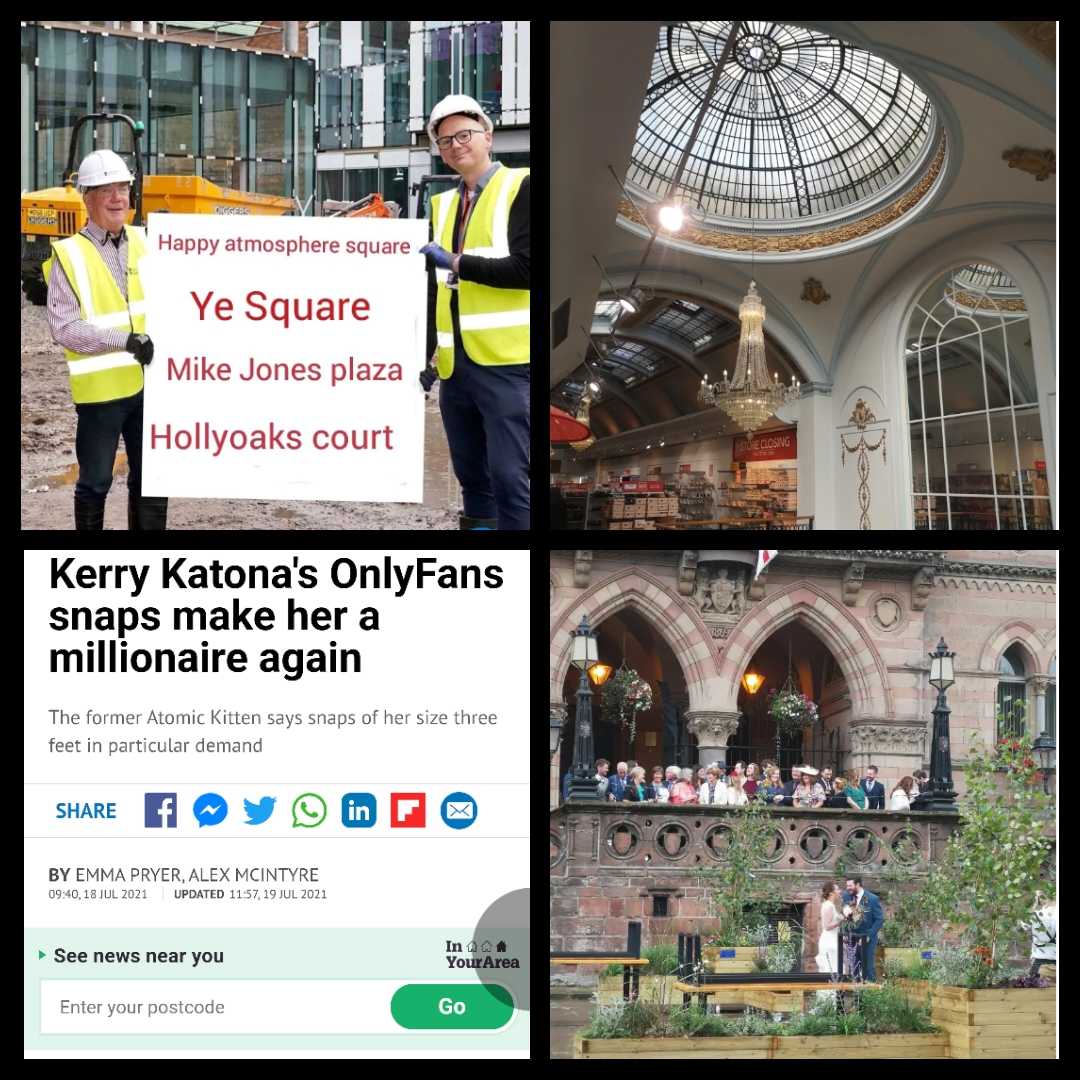 After a year in limbo, many events and happenings made a welcome return this year; The santa dash, the winter watch, the marathon, Diwali, remembrance Day , Cars and Coffee, choirs in the streets. Clockwise Chester caused misery for motorists , a Royal visited and some more hotels opened A non comprehensive reflection on some of the themes in another Cestrian year

With Covid uncertainty continuing, the key event of 2022 will surely be the opening of the Northgate development, and the end of the hated Clockwise Chester/ drain build (date TBC) with all fingers crossed that the project can deliver on its promise and reinvigorate the city economy and tourist offer. Hopes are also high for the much talked about regeneration of the rows including the new luxury hotel at the Cross. Movement would also be welcome on the rebuilding of the collapsed section of the walls which has developed into a lush weed garden in the last 2 years, with limited updates or explanation from the council. We also look forward to the return of Chester City Passion at Easter, as well as the raft race and hopefully a special celebration for the Queen’s jubilee. Arguments about Escooters, empty shops, pink/ purple buildings will continue alongside whatever joys and nightmares the world throws at us..