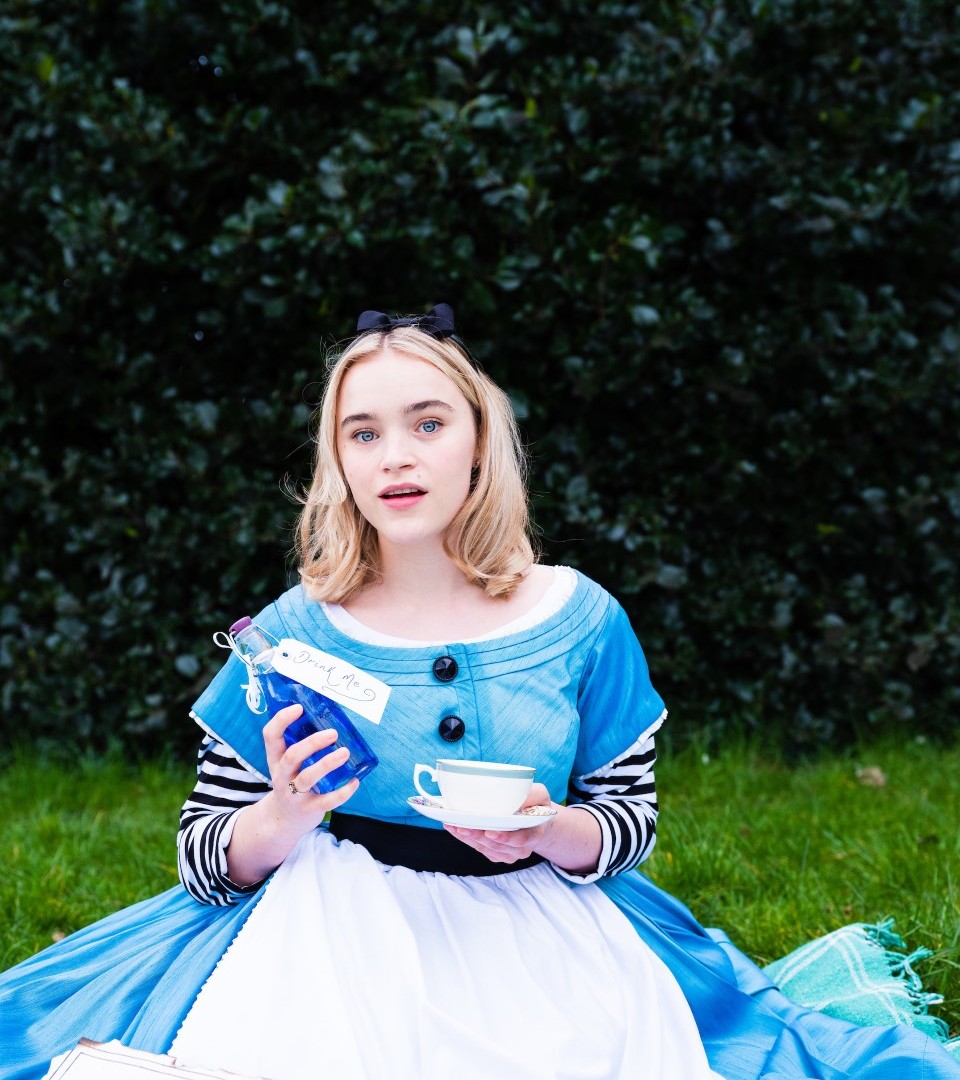 Storyhouse is set to stage an enchanting new walkabout theatre experience which will take place in Grosvenor Park over the May half term holiday.

Alice’s Adventure invites audiences young and old to embark on a magical storytelling trail through the shades, glades, and hidden corners of Chester’s beautiful and historic park.

The unmissable new event takes place from 25 May to 10 June, and tickets are on sale now from storyhouse.com.

And one adult goes free with each paid-for child.

The new adaptation of Lewis Carroll’s classic invites audiences to follow his story from one location to the next, using a special map and collecting stamps along the way – as well as meeting a cast of curious characters including the Queen of Hearts, Dormouse, Cheshire Cat and, of course, Alice herself.

Then accept an invitation to a tea party with Alice, complete with a singsong with the Mad Hatter and White Rabbit.

Alice’s Adventure is directed by Matt Crosby (Coronation Street, Antigone) who also plays the Mad Hatter, and has been devised by its talented young cast which includes Mia Nelson (Pride and Prejudice) as Alice, Alex McGonagle (A Midsummer Night’s Dream, Julius Caesar) as the White Rabbit, George Bellamy (Peter Pan) as the Dormouse, Rebecca Pegasiou (Blue Stockings) who plays the Queen of Hearts, and Young Storyhouse Company member Sebastian Romaniuk as the Cheshire Cat.

Grosvenor Park is a grade II* registered, Green Flag award-winning ornamental park in the heart of Chester. It was designed by Edward Kemp and opened in 1867 – two years after Daresbury-born Charles Lutwidge Dodgson first published his beloved children’s novel under the pen name Lewis Carroll.

The Alice’s Adventure trail begins at the park’s pavilion and is fully accessible.

Storyhouse producer Helen Redcliffe said: “We’re thrilled to be welcoming kids and their grown-ups to Grosvenor Park for a charming piece of walkabout theatre. It’s an enchanting location and the perfect backdrop for our version of Wonderland.

“The event is designed for really young families who perhaps haven’t been to the theatre before.

“We’re hoping for balmy weather and looking forward to seeing everyone outdoors this May half term.”

Tickets costing just £5, or £4.50 for Storyhouse Members, each adult goes free with a paying child. On sale from storyhouse.com