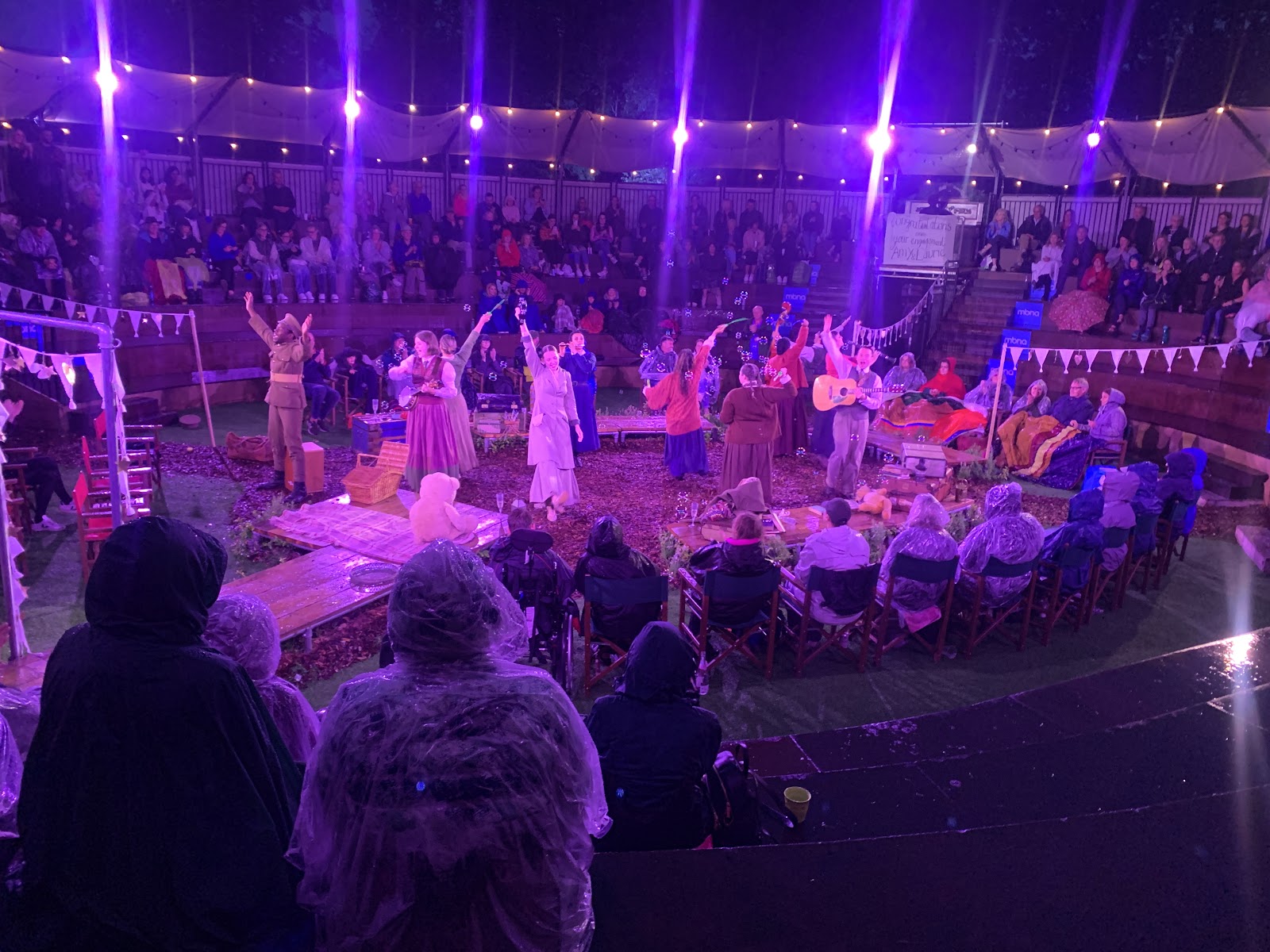 Beneath the grey day of drizzle and damp were the warm lights of the Grosvenor Park Open Air Theatre (GPOAT). There was something enchanting about the rain; something cosy and exciting. When we arrived, the weather wasn’t too bad, just light – but consistent – drizzle. The props on set were covered by tarpaulin and the seats were pretty wet. When I arrived, I was greeted with a smile and something cushioned and comfy to sit on to save me from wet bum syndrome (which was much appreciated!).

Little Women has always been one of my favourite books, and so I was keen to see what GPOAT would do with it. The production was adapted by Anne Odekene and directed by Natasha Rickman; and having recently seen Antigone, I was extremely excited to see Rickman’s work again in GPOAT.

The set was simple but effective. Before the performance began, the props were unveiled; books, old-timey suitcases, toys, bears – I instantly knew we were about to be thrown into the world of Little Women. And then the stage lit up, the characters walked on and the light bustle of indistinct conversation abruptly ended. From then on, I was completely transfixed.

The use of music in this adaptation was intelligent, seamless and very effective. From providing sprinkles of humour in the form of a bee and a kazoo, to more serious vocals and delicate harmonies of the characters during the more emotional scenes.

Throughout the play, the rain started to come down heavier, but the actors didn’t seem to be phased. At times, I thought if it wasn’t raining it wouldn’t have the same effect. The rain, almost as if on queue, came down during a gut wrenchingly powerful scene between Beth (Molly Madigan) and Jo (Paislie Reid).

Although, the rain and the slippery wooden floors didn’t come without their hazards. Beth and Laurie Lawrence (Samuel Awoyo) especially had a short slip and fall, but they recovered instantly; unphased and professional.

Overall, this performance of Little Women was a fun, lively and emotive one. I especially loved the references to Grosvenor Park and Chester and how local and not so unreachable the characters felt – which is a difficult thing to do when you’re retelling a story from over 150 years ago.