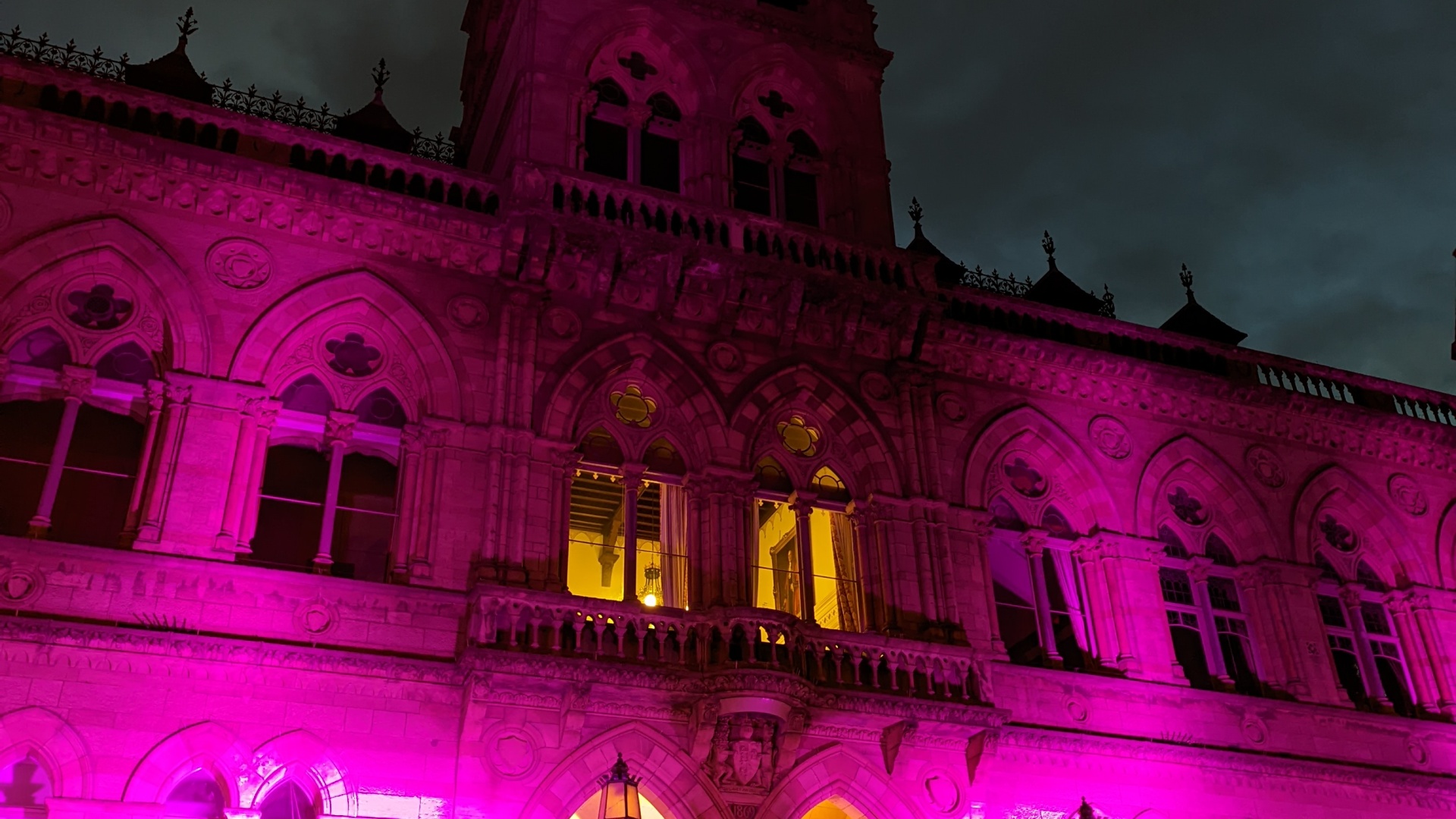 On the eve of The Queen’s funeral Chester joined communities across the UK in a moment of silent reflection in Town Hall square. Leading the vigil was the Lord Mayor John Leather alongside other dignitaries including the High Sheriff of Cheshire Jeanie France-Hayhurst , Cllr Bob Rudd, chair of Cheshire West and Chester council, and Canon Jane Brooks of Chester Cathedral. With the Town Hall lit purple and the neighbouring Storyhouse lit in a patriotic red, white and blue the Lord Mayor introduced the event.

“The Queen was sure in her faith and steadfast in her duty, bringing constancy through 70 years of change. We will remember Her late Majesty with affection and gratitude and silently give thanks in our hearts for her unswerving devotion to us and to our Country.”

After the minutes silence the Lord Mayor invited the crowd of 100s to applaud the Queen for her service , standing in the same spot where the Queen herself has stood just over 4 years ago on her final visit to Chester. The applause was followed by a poem read by Cllr Rudd, A Promise made and kept for life by poet Laureate Simon Armitage. Written to mark the death of Britain’s longest serving Monarch, the poem movingly reflected that “The country loaded its whole self into your slender hands, hands that can rest, now, relieved of a century’s weight.”

Canon Jane Brooke said a short prayer and the short event concluded with Cllr Rudd leading the crowd in three calls for God to Save the King. Following a short rendition of the National Anthem, the crowds lingered in the square to light candles.

Meanwhile newly erected flags on Foregate Street appeared to pay tribute to an era passing and looked towards a new one.