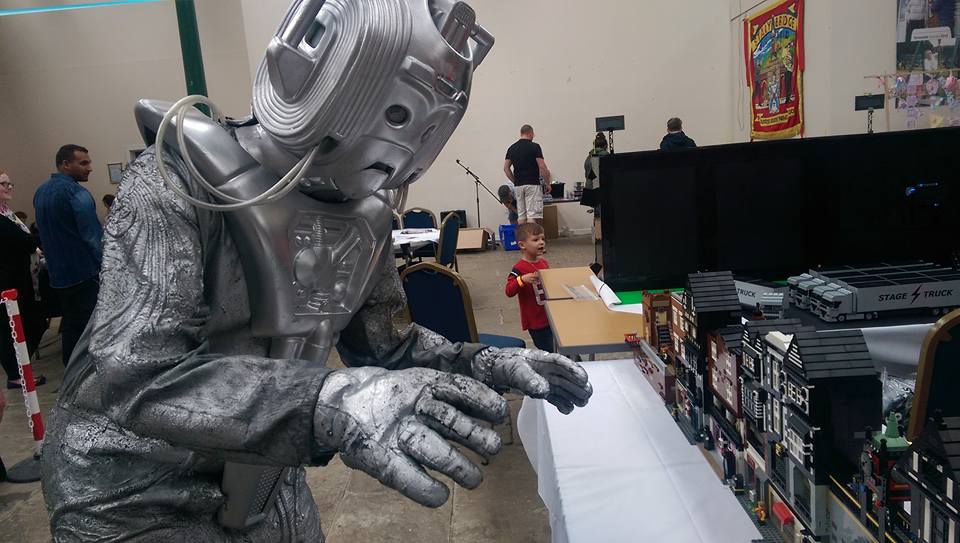 Earlier this year via twitter I was approached by a fellow lego builder about displaying my work at the brick show and I was delighted to accept. Paul Mather(@legohunter2014)  has constructed a 9ft long model of the Titanic which he has been displaying it at charity events, and I was keen to be involved with another good cause alongside the support for SPACE in Chester.

The lego side of @Shitchester started after a failed attempt to get some of my photography displayed in Funky Aardvark. After the rejection  I was told that they would be interested in seeing some lego work and after the initial construction of a small section of the rows, the project soon gained momentum. Lord Mayor at the time, Jill Houlbrook displayed the model at the town hall for a banquet , and the full scene was on show in the window of Funky aardvark for many months from March of 2014. The inclusion of various Chester characters in lego, from the balloon man, Mike Jones, town crier etc was a fun addition. Over time, more buildings were added including the Odeon, King Charles tower, Rosie’s and a section of the walls.

The display was moved into the market hall in September thanks to backing from the market management, Maxiflow and the council, and I continued to expand the display. £250 was raised for the Hospice via donations before we settled on current charity SPACE . The market also ran a “guess the number of bricks” competition over Christmas, which helped to generate some footfall and interest . During the election campaign  the display was visited by John Prescott who recognised Rosies, formerly Quaintways where he used to work. Boris Johnson didnt bother though, preferring the Cathedrals lego effort.

After a quick trip to the market to pick up the key parts of the display we set off on the short trip to Stalybridge. A pre-show tweet of support from Cllr Dixon was very well appreciated as we spread the Cestrian vibe outside of the borough. Opening at 10.30 the show was busy all day with 100s of visitors admiring the model and great builds from other lego artists. The show was in aid of Alzheimers society, Barnabus, a Christian homeless charity and the Royal Manchester childrens hospital. Here’s what we had on display :

Alongside our model were a number of large scale and detailed builds: The Titanic by event organiser Paul Mather- 9ft long took 5 months to build, and included Jack and Rose at the front of the ship. 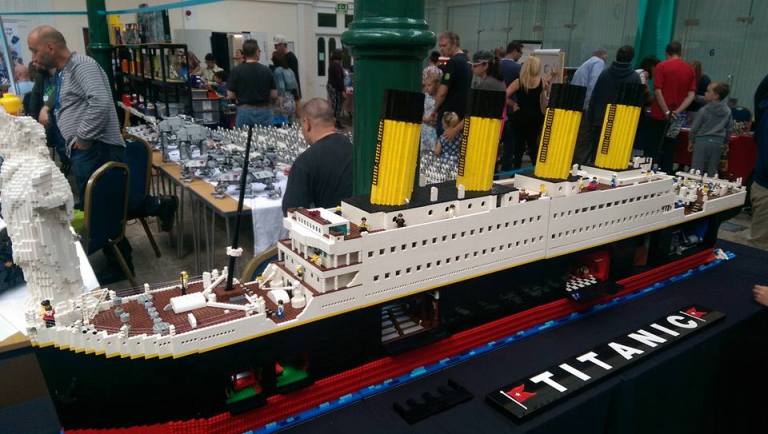 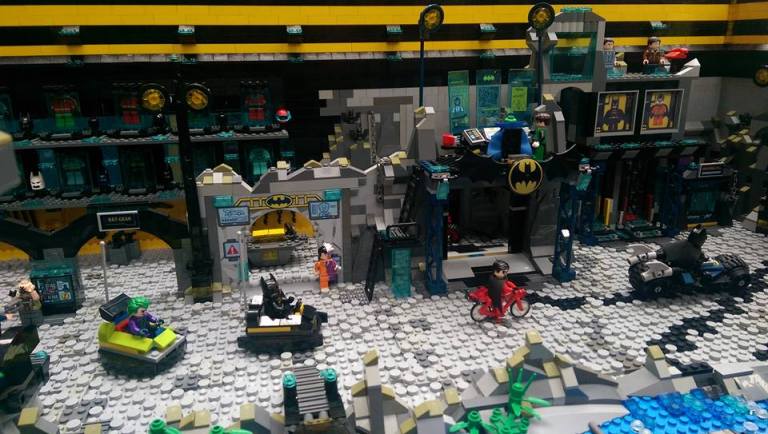 Our display was proving popular and most people  to recognised the distinctive Chester architecture. Despite the real life closure, Platinum Lounge is still trading in our lego version and a few adults noticed this and asked us for photos of the pole dancing minifigures. The Mayor of Staylbridge recognised the Eastgate Clock and its arch straight away.

The builder of this army of clone troopers and vehicles (over 2500 troops!) admired Lego Chester and asked if I had any instructions as he wanted to build something similar for his army to destroy.

Adding interest to the day, alongside the lego displays and stalls were a selection of costumed characters, including Thor, Iron man and wonder woman. The Hyde fundraisers attended with a range of Doctor Who monsters including a fully functioning Dalek, a cyberman and a wax work of Tom Baker.

The model of the stage at the Ultra music festival in Rio built by Nick and AJ of Fan of the brick was my favourite display. It took 5 months to build and had never been exhibited in public before. The builders showed me some of the complicated techniques used as children populated the crowd scene with minifigures.

At the end of the show Paul Mather told me “the days gone absolutely fantastic, there was queuing round the block to get in. Really really happy that the lego displays have come down in support for it, and all the stallholders. Big thank you to @shitchester for coming down. I love the model !” £1392 was raised to be split between the charities. 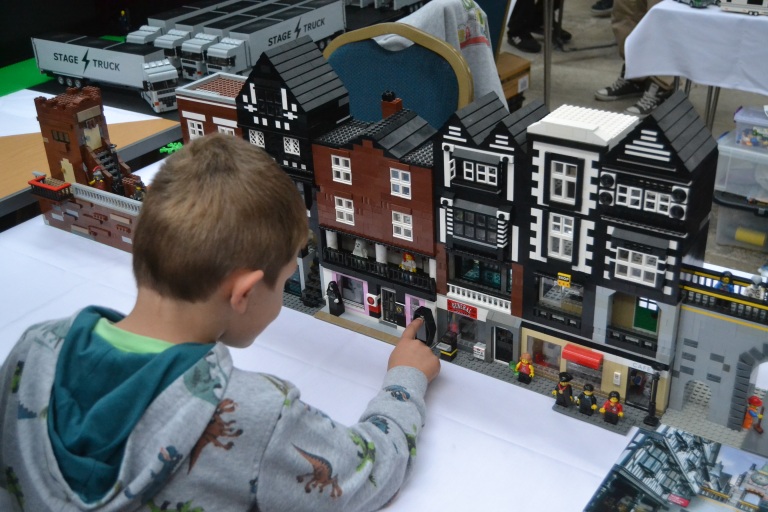 It was a great experience to be involved and we look forward to taking part in a future show. Thanks for everyone who’s supported the Lego dream so far.

With thanks to Jamie Hall for providing transport to the show. Big thanks to @legohunter2014