“They must be filming Hollyoaks or something!” said one confused passer by as a BBC film crew set up in front of the Eastgate clock. In fact the filming was for ” Right on the money” an early morning consumer orientated money programme which airs on BBC1.

Presented by gold medal winning former athlete Denise Lewis, and Dominic Littlewood, star of “Don’t get Done, get Dom” the series aims to “show you ways to boost your coffers by making simple changes to the way you spend”. The BBC team have been recording links in several cities across the UK, and were off to their next destination soon after this half hour shoot.

Denise Lewis commented that she thought Chester was “beautiful and quaint” but admitted she hadn’t been in the city before.  Filming the second link at the Cross attracted a large crowd. 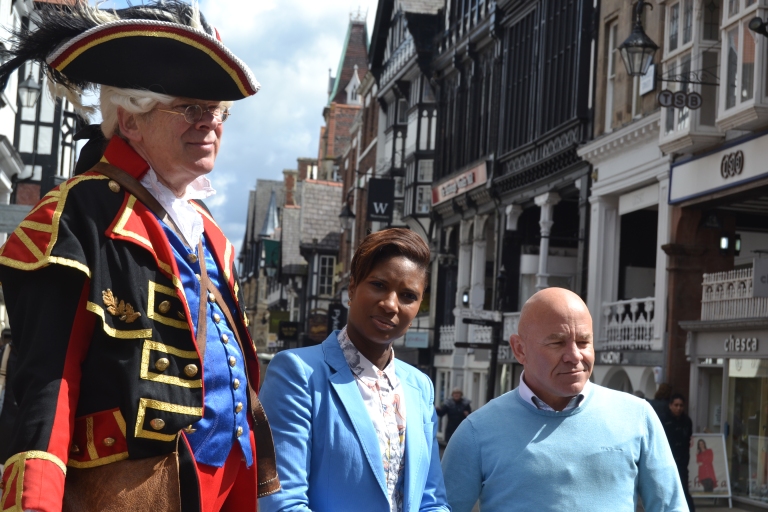 Town Crier David Mitchell, established TV star via his cameo roles in 24 hour party people and Moll Flanders enjoyed the shoot and said that “It’s ironic that I’ve been asked to take part in a money programme as I haven’t got any!”

The programme will air in July