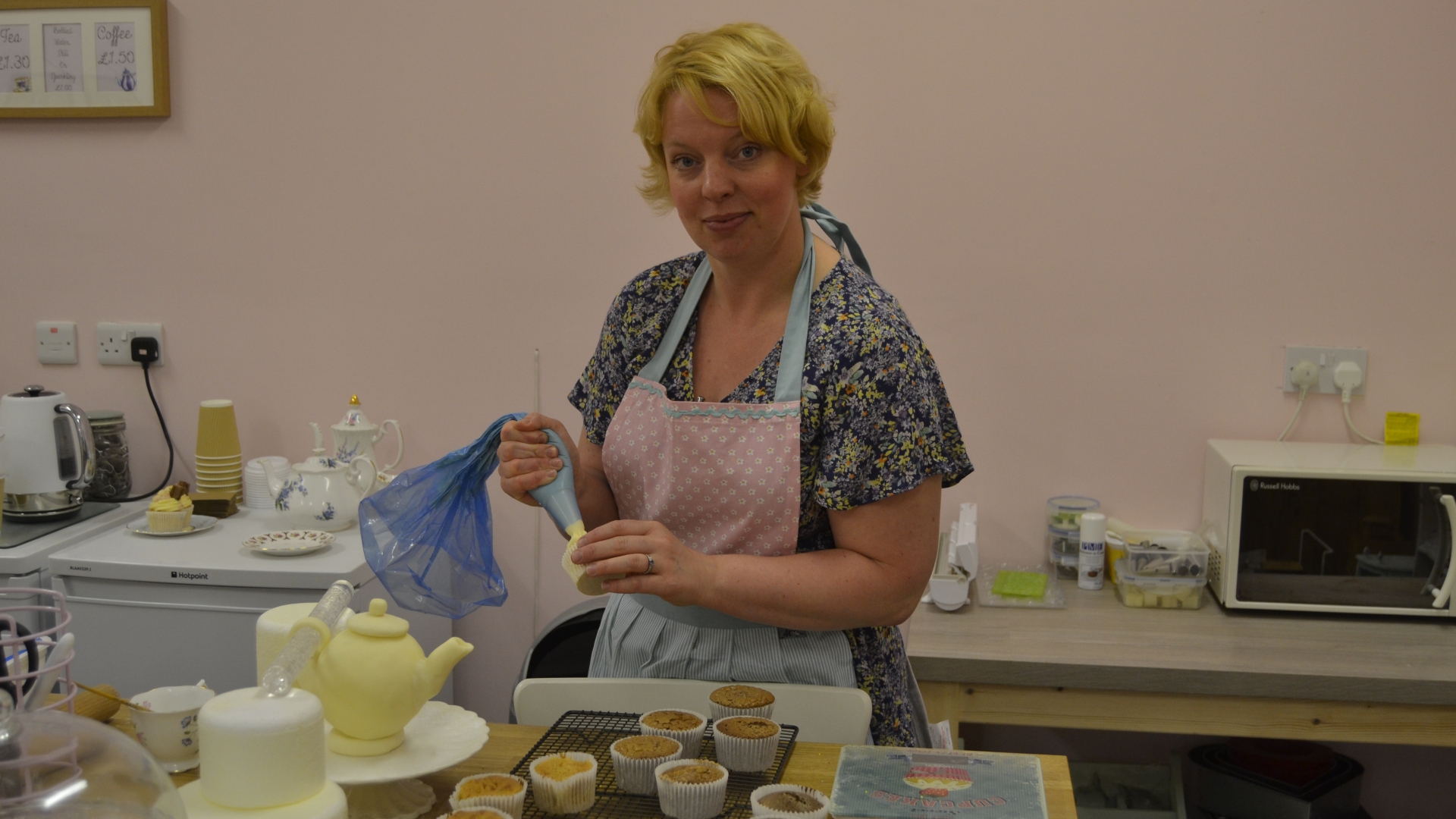 Former chef at the relocating Moules a go-go, Paula Skeoch has opened her own cupcake stall in Chester market, “PS I love cake”. 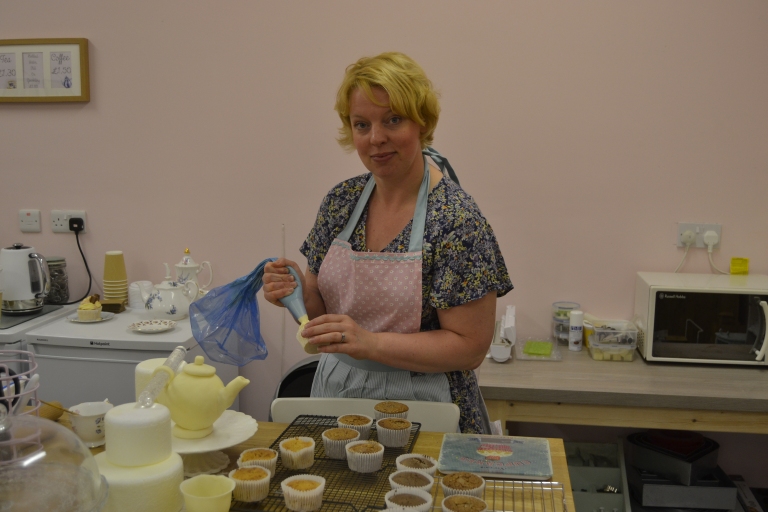 Paula , who worked in the restaurant for 12 years said that “when we found out we were moving, I decided it was my time to go and do what I really wanted to do.” She says that she has been making cakes at home for years, and is now offering special occasion cakes including birthday  and wedding cakes to customers.

“PS I love cake” based on Paula’s initials is situated in the unit formerly occupied by the pet shop. The unit has been split in two, with the other half soon to open as a takeaway hot food stall which will be run by another ex Moules a go-go employee.

Paula’s cupcakes come  in a range of flavours and she makes them all on the premises which has been kitted out with an oven and other kitchen equipment. She also specialises in a range of frozen cheesecakes and  is keen to branch out into desserts and possibly supply local coffee shops.

“The market seems like a good place to start. I like the buzz of the market.” She accepts that it can be quiet but that “the more people come in , the busier it should get”. Paula is very interested in joining the new market, which , if it receives planning permission, is scheduled to open in 2019. “If I do well I’d like to take one of the larger food units” she says.

Paula joins book store Bookingham Palace, Mike’s jewellery and Chris’s Bazaar as new additions to the market hall. On Saturday (21st) Paula will be outside the Forum offering free cakes to passers by.

Market manager Karen Bates is positive about the future of the market, with its image having taken a battering in recent years. “It is fantastic for Chester Market to welcome 4 new traders offering a diverse mix of products for our customers and visitors. For many traders their stalls have been handed down through family generations, providing expertise and knowledge in their products.Moving into the 21st Century the market is evolving with a new generation of trader .”