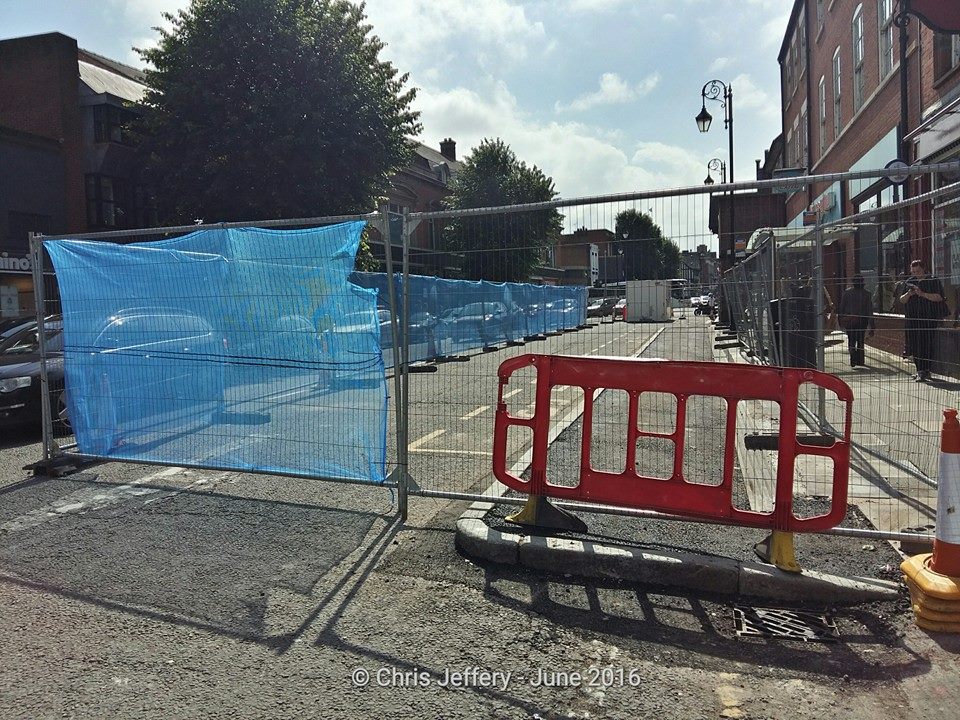 Frodsham street will be closed from Monday (27 June) as the public realm improvements begin. The improvements will take approximately six months and will hopefully coincide with the opening of the world class bus interchange, and create a more attractive gateway to the city.

To ease the flow of traffic and maintain services for businesses and residents, it has also been necessary to join Eastgate Street to Foregate Street. A temporary road surface has been laid in place of the existing paved area outside the Royal Bank of Scotland.  Traffic will use the temporary road while Frodsham Street is closed.

The Council have stressed that all businesses in Frodsham street will be open as normal during the works. Councillor Brian Clarke said that  : “Staff from the Council’s Planning and Strategic Transport Team will be out and about wearing high-vis in Frodsham Street, Foregate Street and Love Street on Monday 27 June to give advice and guidance to bus passengers if needed.”

The new bus stops are as follows:

Thanks to Chris Jeffery for use of photographs