Chinese New Year was marked in Chester today with a vibrant display of tai chi, lion dancing, firecrackers and a dragon.  Now in its 8th year the display was organised by volunteers from the Wah Lei Chinese organisation with help from the Liverpool Hung Gar Kung Fu club. People born in the Year of the Rooster are  said to be hardworking, resourceful, courageous, and talented. 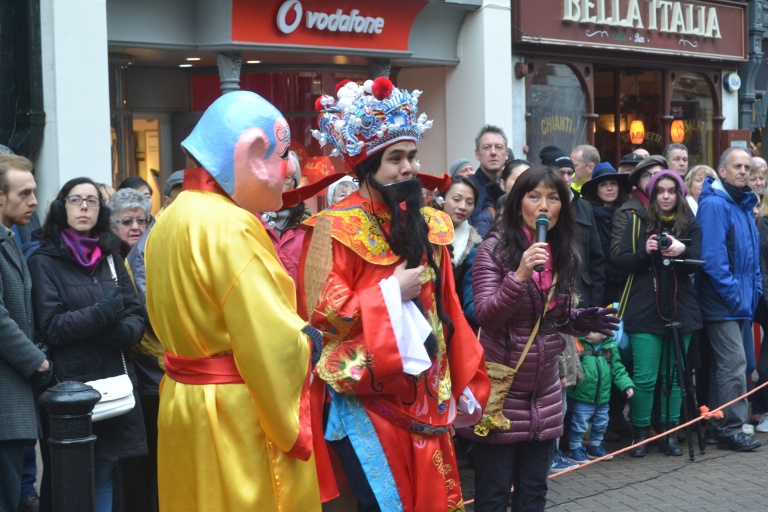 President of the Wahl Lei, Mia Tan hoped that the new year of the Rooster would be a contrast to the surprises and upheaval compared to 2016’s year of the Monkey. ” A lot of work goes on to organise something like this, its been going on for over two months” she said, as she praised the work on the volunteers.

The event was compered by traditional Chinese characters the God of Prosperity and the Emperor of Heaven, assisted by the Frank Sidebottom- like happy Buddha.

A Tai Chi demonstration from members of Ji Siu Tai Chi Chuan group based in Handbridge began the event .

The lion dancers were up next , delighting the crowds on Eastgate row, with many watching from row level . One of the lions reached up the walls of Carphone warehouse to retrieve a lettuce which was being dangled from the rows. 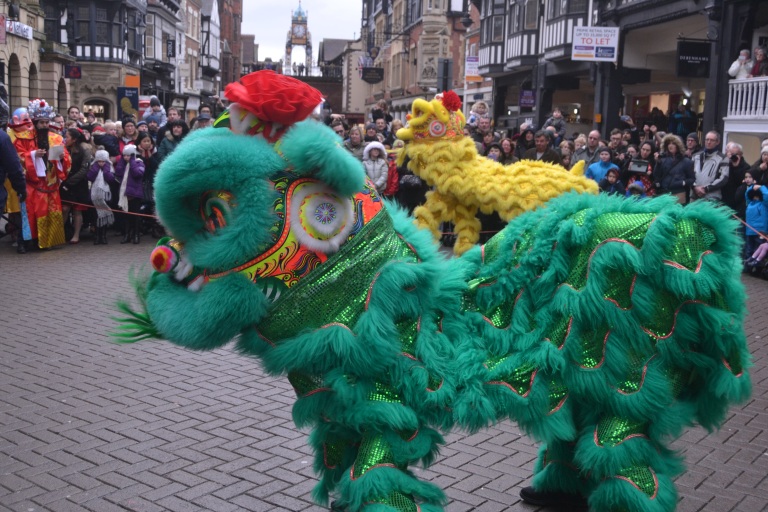 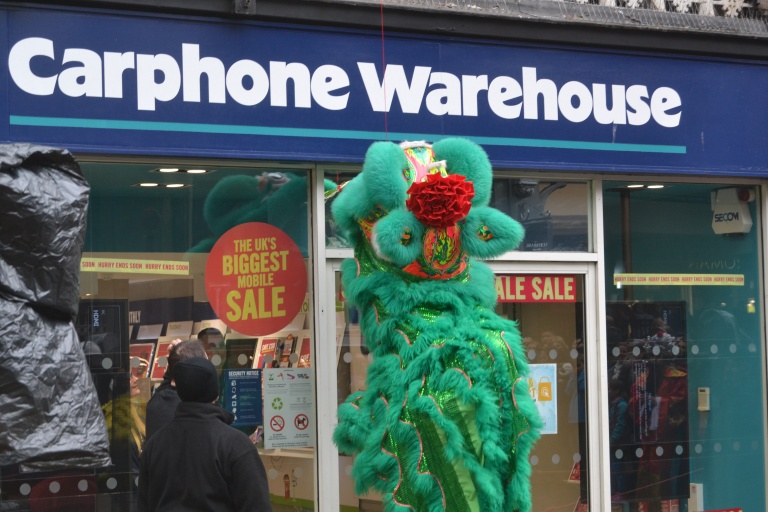 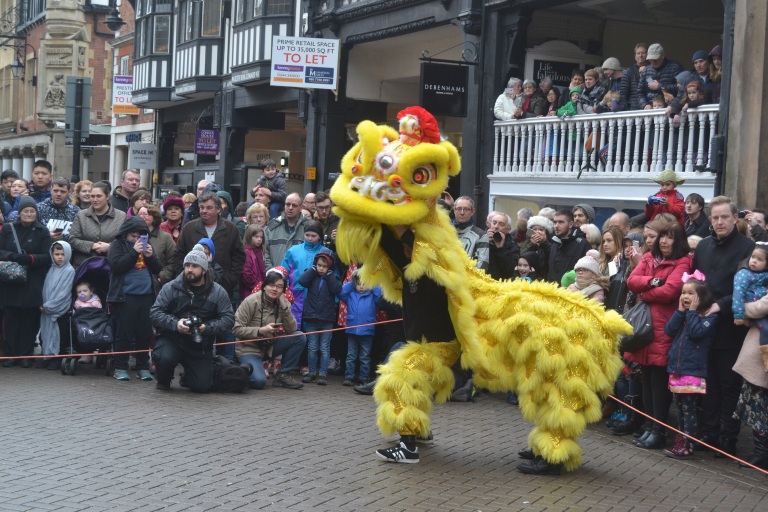 The parade lead by a long winding dragon then headed down Eastgate street past the cross to Bridge street for a second demonstration.

As the rain fell on Bridge street and the firecrackers went off for a second time, the smoke creating an atmospheric mist for the dancing lions, I reflected how lucky we were to have diverse events like this as part of the Chester cultural calendar.