We were back at the Mercure Hotel for the 2017 Local heroes awards, presented as usual, by popular double act Gavin and Irene, with the event also being broadcast via facebook live for the first time. This years winners were as follows:

Business of the Year went to Rainbow Biz a Deeside based social enterprise  which was set up 7 years ago. Wife and wife team Sarah and Sue run a number of community projects aiming to promote diversity and equality and recently organised the first ever Flintshire Pride. 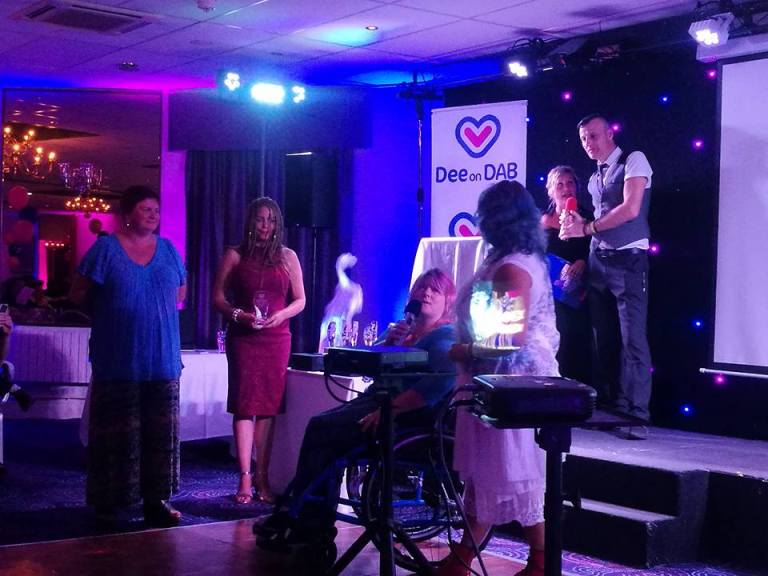 Pupil of the Year sponsored by The King’s School went to Hallie Parker.

Teacher of the Year was won by Cris Stanford of John Summers High School, Queensferry which had sadly closed on the day of the event. Cris put on a show “The Final Curtain” to mark the closure and has also set up a drama group for young people.

Young Achiever of the Year presented by Alan Barker, Broughton shopping park manager went to Chris Percival. In 2012 Chris set up his own company Jigsaw Medical, and the company now has offices all over the UK

Parent or Guardian: Clive Harper for helping to look after his grandson as well as caring for his wife.

Carer of the Year went to Onka Baines for his selfless work with the homeless including fundraising and supply  visits. Onka dedicated the award to “our homeless brothers and sisters”

Act of Courage: Joe Sealey. Joe had battled with ill health including being diagnosed with cerebral palsy and epilepsy and was also hit in a car accident. Joe said that “There’s so many people out there who go through so much. It’s just life, you keep going. I just try an laugh!”

Volunteer of the Year: Amanda Glennon for setting up a Down Syndrome support group 10 years ago after her daughter was diagnosed with the condition.

Lastly Child of Courage sponsored by Miles of Smiles  went to Joseph Speed.

Well done to all winners, as Gavin Matthews commented “There were lots and lots of nominations , so to win a local heroes award is really quite something!”