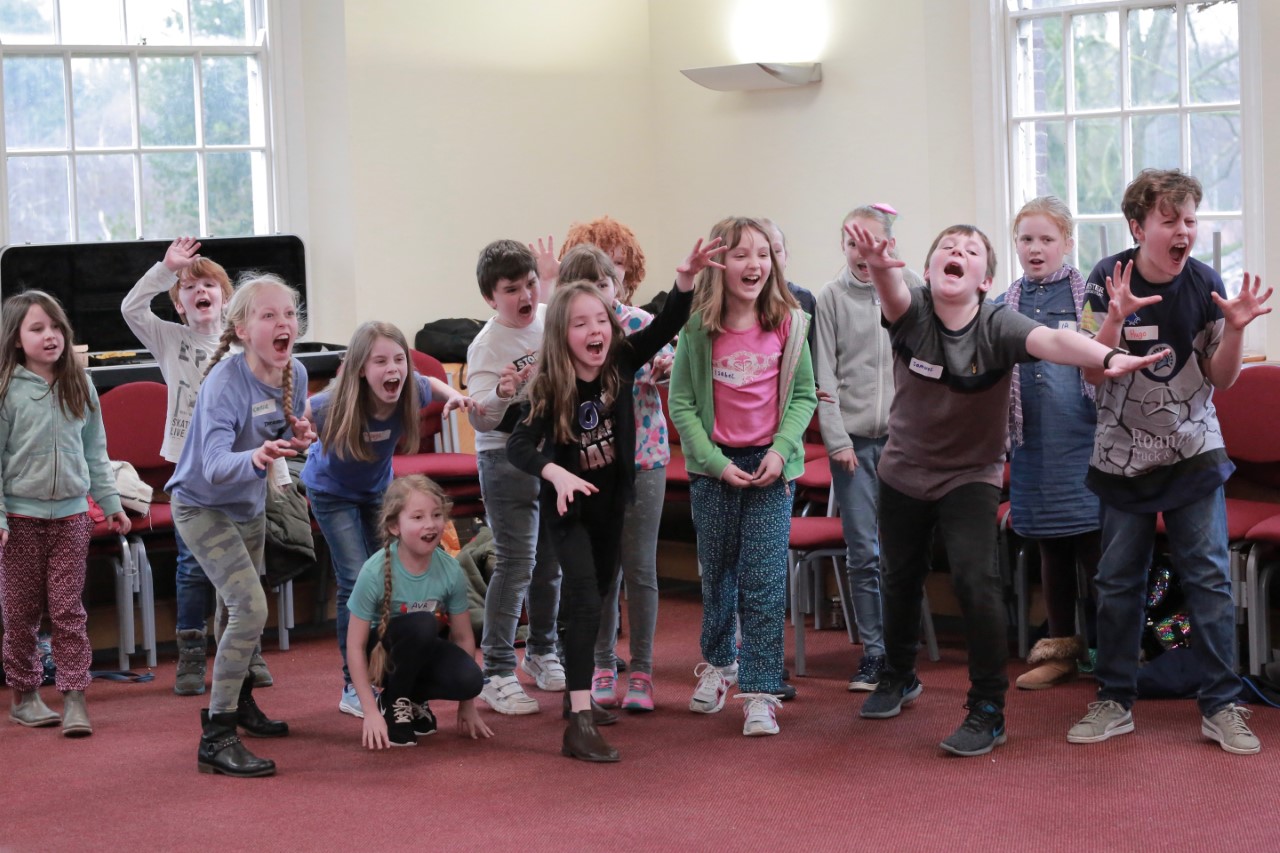 More than 80 young performers joined rehearsals of the Chester Mystery Plays on Saturday as they prepare to play their part in the historical production at Chester Cathedral which runs from June 27 to July 14th.

The children, from schools and drama groups across the county, met director Peter Leslie Wild, musical director Matt Baker and movement director Cariad Morgan at a workshop at Churchill House at the University of Chester Queen’s Park campus.

The young performers will take various roles in the production in The Creation, Noah’s Ark The Nativity and The Antichrist play, which is unique to the Chester cycle. Peter Leslie Wild said: “Children and young people have always played an important part in the Chester Mystery Plays and this year will be no exception.

“It was amazing on Saturday to hear their real interest in the plays and what it will be like performing at the cathedral. We had questions thrown at us like ‘Why would the Antichrist pretend to be Jesus?’ ‘What does beheight mean?’ and the very practical ‘Where will backstage be at the cathedral?’

“It is so rewarding for me to see what young people gain from being part of the Mystery Plays. Children I met in the last production, in 2013, are now young adults cast in main roles while others are making their own way in the business, at drama school or working in theatre around the country.”

With the young actors on board, the Mystery Plays cast is now 200 strong as well as an additional 150 people working backstage, making props and costumes and helping out front of house.

The Chester Mystery Plays are produced only once every five years in the city.  Tickets are available from http://www.chestermysteryplays.com, by telephone 01244 500959 or in person at the Chester Cathedral box office.