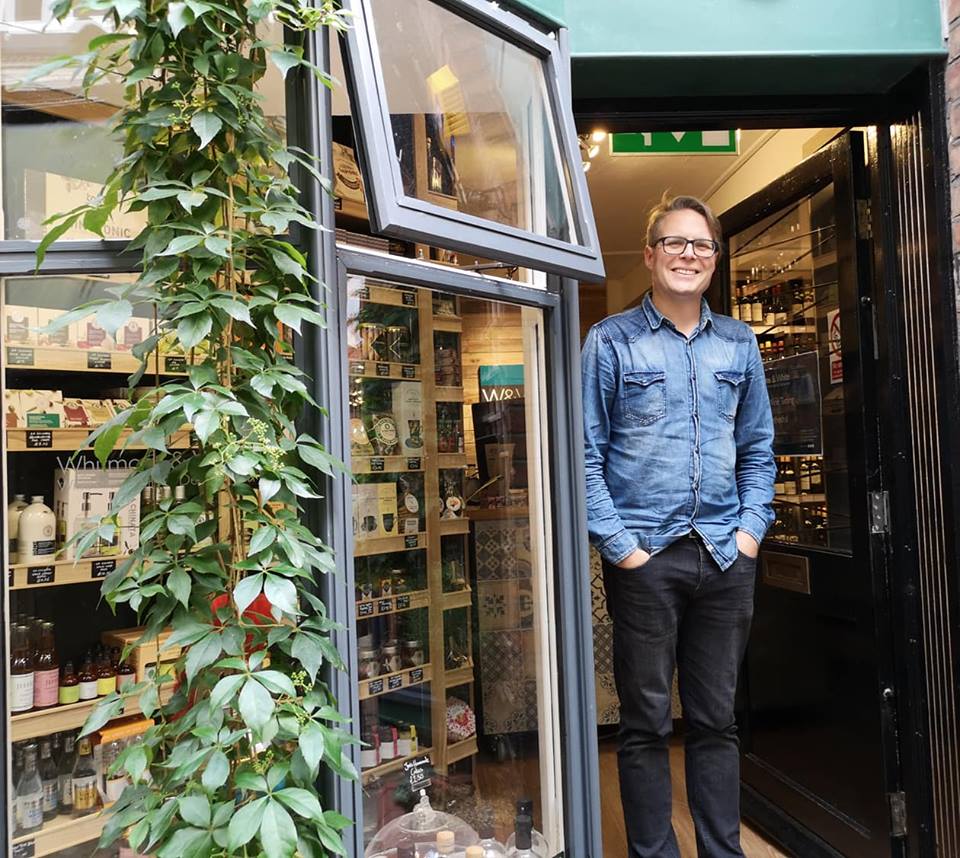 Tinned snails, Venison Chorizo, crispy blood orange slices. Bacon jam and pheasant pate just some of the exotic  products available at Whitmore and White. The store opened in May on the picturesque Godstall Lane. “It’s like Owen Owen!” remarked a passer by, reflecting on the city’s much missed artisan food store.  Manager Tom Scargill welcomed us into the store’s Tardis like interior for a chat about W&W’s forthcoming wine tasting event at ye olde historic Chester Cathedral.

“The idea in Chester is to have all the fine food and wine under one roof.  We don’t specialise in one product , its a little bit of everything. Best of British, best of local , we import stuff from Spain and Italy and other places.

” Each store is different, the original store was Heswall which is solely retail. The one in Frodsham has a cafe/bar feel, and the West Kirby store is even more skewed to the cafe/bar model.  Here we have the tasting room downstairs, and we’ve found we can offer different experiences through private tasting. Tastings have been important and allowed us to showcase what the business is all about.” 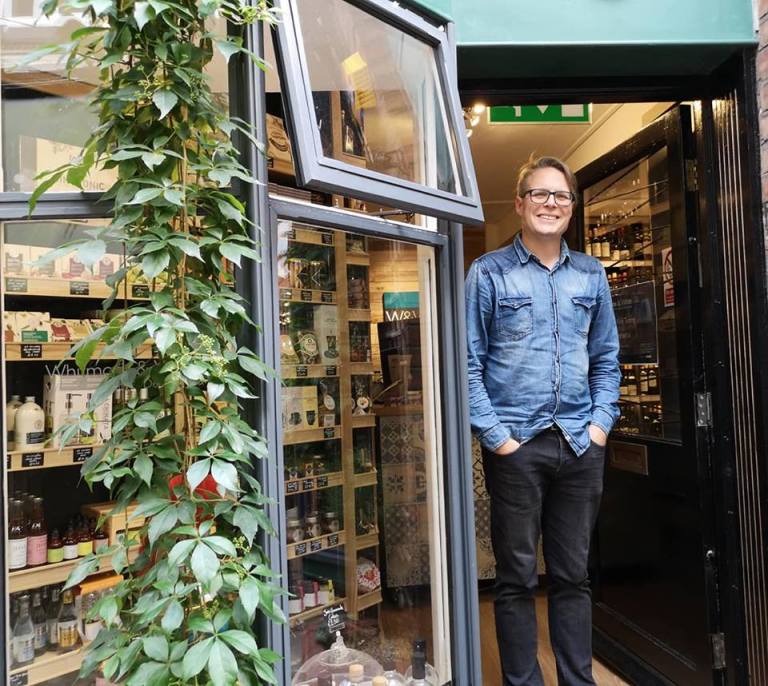 Tom has worked for the company for 2 years and prior to that worked in various wine merchants in the city centre for 10 years. He says that the store fills a gap in Chester’s retail scene. ”  In terms of Chester , the thing we looked at was the need for good foodstuffs and nibbles to accompany the wine. In terms of Cheese, go and see Carol at the Cheese shop (Northgate street) absolutely amazing. But then the other side of this, the charcuterie, it isn’t in Chester. Theres nothing in the city centre doing that. We also do hampers  we have the scope to do quality hampers with unique products.

The store offers a range of cooked meats including Venison Salami and Chorizo , alongside Portuguese black pudding. Tom says that “they  “they do it on the menu at Porta but you cant buy it anywhere”. Other specialities include vegan products and scotch eggs made in Heswall. “For some of the Scotch eggs we serve them with Howl at the Moon sauce, made by a local DJ whose two passions are hot sauce and music! That’s just won second place in a national chilli competition.”  In terms of wine Tom praises the Italian wines saying that “they’re great because they always deliver. They’re rich fruity and smooth. ” Also stocked are Uruguayan wines and an Orange wine, “popular in that London”  jokes Tom.

On the 20th September Tom will be hosting the wine tasting event at the Cathedral.

“We want to announce ourselves to Chester!  Before we had the opportunity to come here we were looking to have a big wine tasting event here anyway, because its a good centre point between all our other stores. We had always wanted to do a tasting in the Cathedral . We’ll have 150 wines to taste and some spirits, including the gin that we make ourselves. Its called Whitmore Gin. As well as the normal botanicals it emphasises grapefruit and Cubeb pepper with a whiff of Jasmine!” Tom enthuses.

Tickets are  £15 available from the store on Godstall Lane or online at :