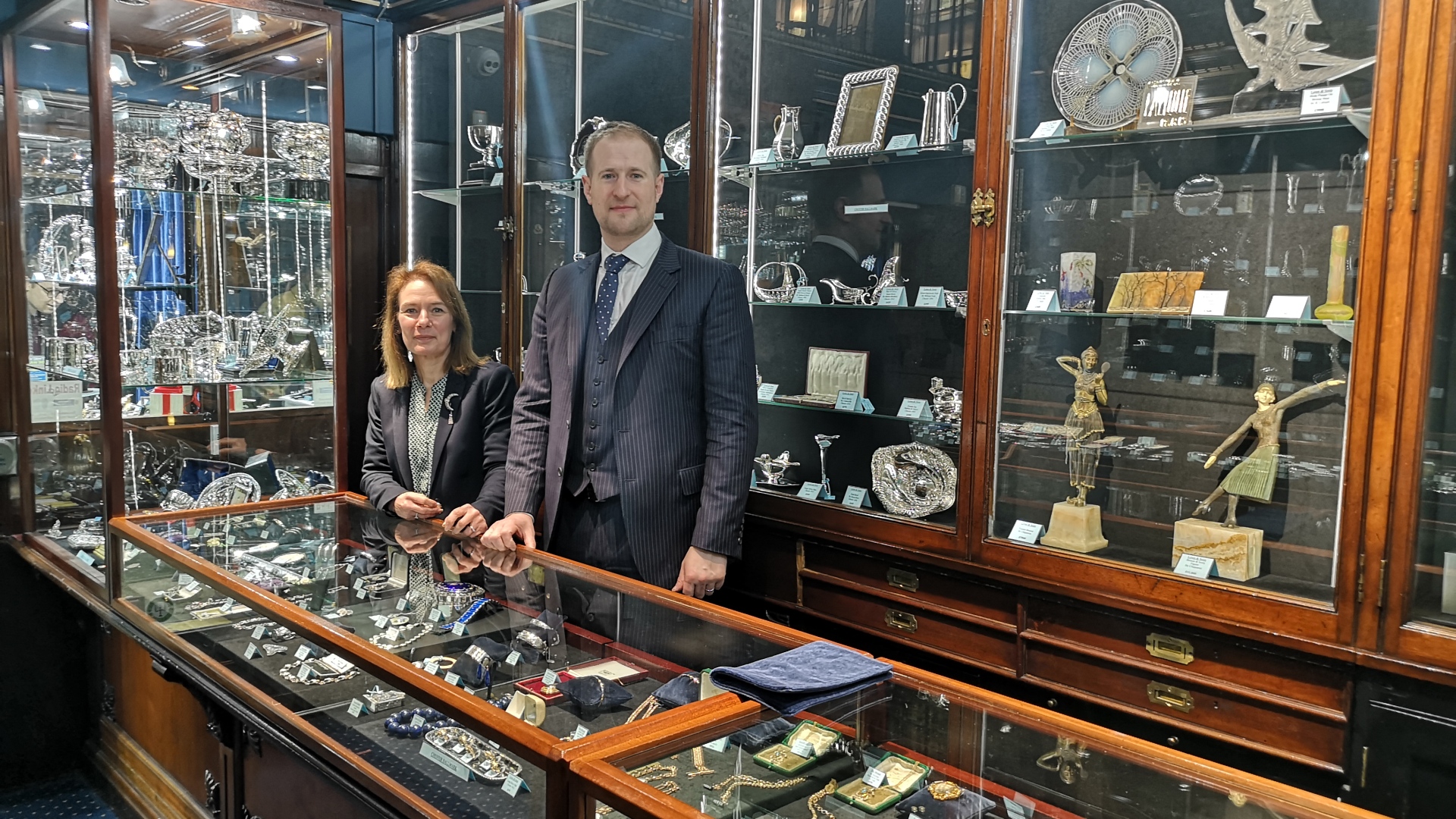 When the shutters went down  at Lowe and Sons last summer following their closing down sale, ,it seemed that another rich chapter in Chester’s history had ended.  The historic jewellers, which traded for over 200 years were saved when family run Powell’s Fine Jewellery took on the Lowes name in November.

Jo Owen, who worked for Lowes for 31 years before returning to the revived jewellers says that the closure was “devastating” because of the history attached to the building and the business.

“Lowes have been in business 249 years. They started off at The Cross in 1770 and moved to these premises in 1804.  They’ve had various owners over the years, the shop hasn’t been in the Lowes family for some time.” She says she has seen huge changes in the city over the years as well as a complete change in shopping habits. ” Its internet based as well as people coming through the doors. But also the dynamics of what we sell has changed.Art deco vintage jewellery is very much in vogue at the moment . A lot of people say silver isn’t in fashion anymore, but we are finding that people are very much still interested in antique pieces. We have people travel from all over the world to add to their collections.”

The upper floor of the fully refurbished premises houses a small museum area which houses many documents and artefacts from Lowe’s esteemed history. Visitors can learn about the city’s Assay Office (1846-1962) which stood where the registry office now stands. “Things were sent from all across the country there to be assayed” says Jo. There is also a display about family member Harold Lowe, who was 5th officer on the doomed Titanic. He is noted for his bravery in being the only officer who returned to the ship to rescue survivors. Lowe managed to save 5 people from the water and got them to safety on the rescue ship Carpathia.

Manager Kevin Parry feels that not much has changed in the shop over the 41 years he has worked for the business. “It’s as it was  when I first came in as junior.  As soon as the sign came out “To Let” the Powells expressed an interest. Its exciting that its another family business and they have a genuine passion and many years experience in the trade.”

The team are united in believing that the ghost of George Lowe is keeping a watchful eye over his business. “George Lowe is still here, but he’s a nice friendly ghost! I was up in the restroom and we actually had a ghostly figure come across the CCTV monitor and I wasn’t the only one that saw it… As a matter of routine anyone that goes up to upper part of the building, they always say “hello” to George as a sign of respect. ” says Jo. Manager Kevin recounted the time that he heard the taps running in the toilets whilst all the staff were downstairs.

Lowe and Sons holds a special place in the heart of many Cestrians. I personally recall a school trip in the 1980s for example. The sadness of the closure has now been replaced with a sense that Lowe’s legacy is secure. One of the things that makes Chester survives, maintaining the essence of the original business alongside new products ranging from affordable to high end.

Will Powell of Powell’s Fine Jewellery commented that “Dad and I had  always admired the shop and the business. We were fortunate enough to be able to buy the name. There was a lot of work sourcing the stock, but it looks fantastic now. Its an honour to be part of a fantastic and  historic business.”

Lowe and Sons are at 11 Bridge Street row east.

One Reply to “Lowe & Sons reborn”