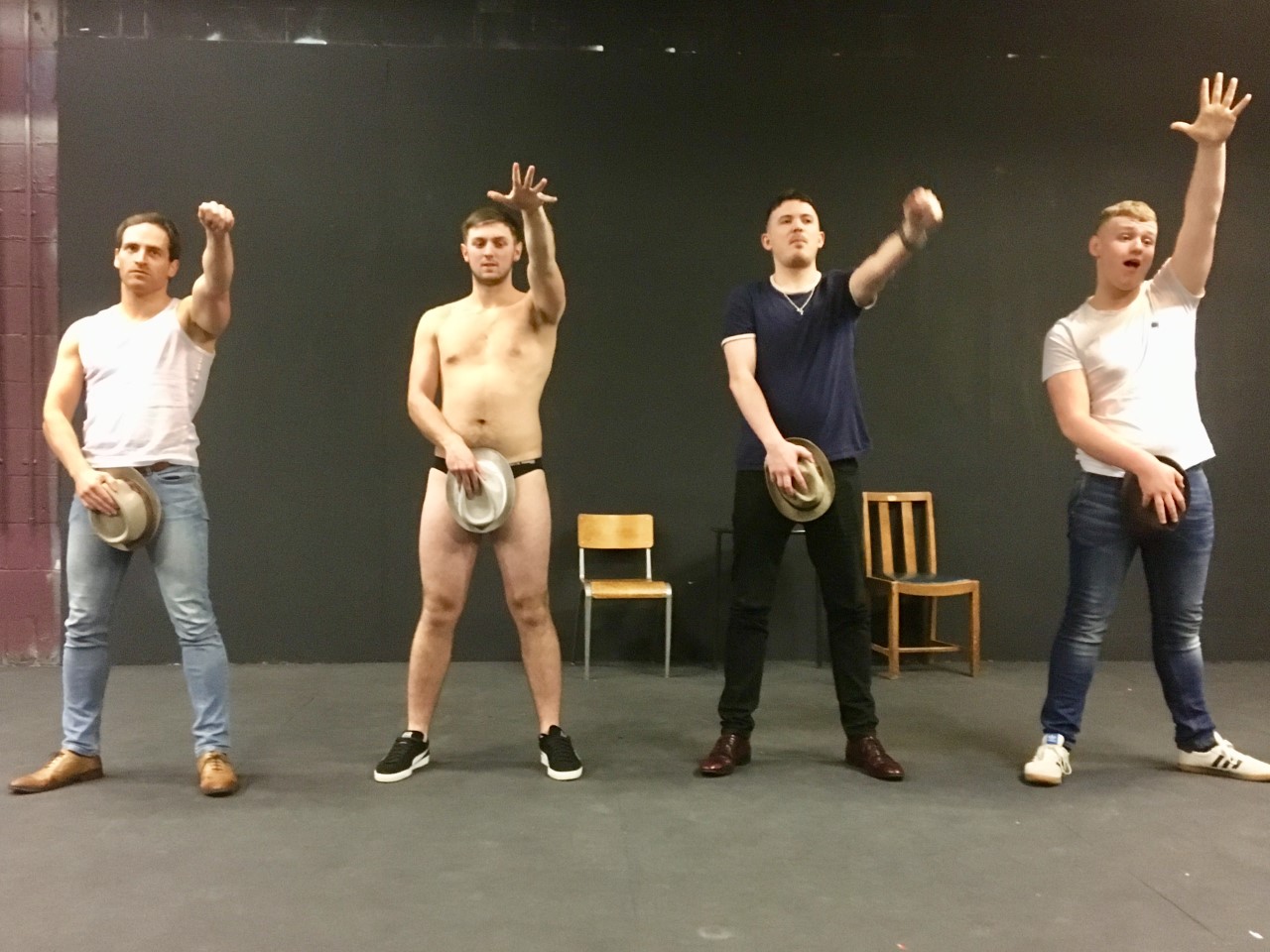 Long established Chester based community  theatre company, Tip Top Production have announced their new season of plays as it celebrates the run away success of its recent family friendly Pantomime/

“Aladdin” was staged  at The Forum Studio Theatre from 30th November – 5th January and broke all previous box office records with the show having been seen by more than 6000 people during its 51 show run at the intimate City centre theatre. The show, written by Peter Swingler OBE and directed by Steve Davies attracted several 5 star reviews on Social Media and Trip Advisor as well as receiving praise from the press including respected national trade publication The Stage, We Are Chester, The Chester Blog and local newspapers. The Pantomime was praised by Catherine Jones for The Stage as “Promising magic, mystery, song, dance and and a fat man in a frock, the show delivers a popular people’s panto that punches above its weight” whilst We Are Chester’s Antonia Jones hailed it as “A Must See Festive Treat”.  Local journalist Jo Henwood also gave the production a glowing 5 star review calling it a “jewel of a show.”

Speaking about the success of “Aladdin” as the company announced its new Spring Season, Brian Fray, Chair of Tip Top Productions said ” We were absolutely delighted with the feedback we’ve received from our audiences, particularly on social media together with the great reviews from seasoned theatre critics and journalists. We have a great line up of productions as part of our Spring season at The Forum Studio Theatre and beyond, and we are once again also playing host to some fantastic visiting companies in the next few months. We look foward to welcoming audiences old and new to Tip Top Productions during 2019.”

The first play of the Spring Season takes Tip Top over the border to Theatr Clwyd in Mold where they will stage the raunchy crowd pleasing comedy “Girls Night Out” by Dave Simpson and directed for Tip Top by Christine Dukes, fresh from directing Tip Top’s sell out production of “Brassed Off” last year. The play will be staged from Wednesday 6th – Saturday 9th February at 7.45pm with a matinee performance at 2.35pm on Saturday 9th February. Full of humour, pathos, secrets and lies, the racy comedy is sure to warm up those cold winter evenings as it transports the audience to “The Feast of Flesh” Male Strip Club, where one particular hen party not to mention the strippers themselves are in for a night they’ll never forget!

Following on from “Girls Night Out”, Tip Top return to the Forum Studio Theatre to stage Roald Dahl’s classic children’s tale “The Twits”. Directed for Tip Top by Phil Cross, the Director behind the smash hit productions of “The Witches” and “The Boy who Fell into a Book”, the play which is recommended for Ages 6+, will run from Tuesday 19th February – Sunday 24th February with performances at 2pm and 5pm daily.

Other highlights in Tip Top’s season of plays include Jim Cartwright’s hilarious play “Two”, set in a North of England pub owned by a savagely vicious couple bound together by the necessity of keeping the business afloat. As a series of regulars arrive and depart, events trigger a fragile movement towards reconciliation between the couple. The play, from the author of “The Rise and Fall of Little Voice” is full of broad humour, pathos and moving poetry. The play, directed by David Underwood will feature popular local Actors Bill Robertson and Eileen Reisin playing all characters in the play which runs from Wednesday 20th March -Saturday 23rd March at 7.30pm with a matinee performance on Saturday 23rd March at 2.30pm.

Tip Top Productions will also play host to several visiting companies as part of its Spring Season at The Forum Studio Theatre including “Made in Motor-City” a tribute to the golden era of the music of Mowtown featuring the music of Martha Reeves, The Temptations, The Supremes and many many more on Friday 12th April. Tip Top also have a full programme of social events including a quiz night, a Musical Theatre Workshop and regular popular Open Mic Nights during the course of the year.

Full details on all upcoming shows and events at The Forum Studio Theatre plus rehearsal opportunities and how to get involved both on and off stage can be found at www,chestertheatre.co.uk where tickets can also be booked online. Alternatively, contact the box office on 01244 341296.