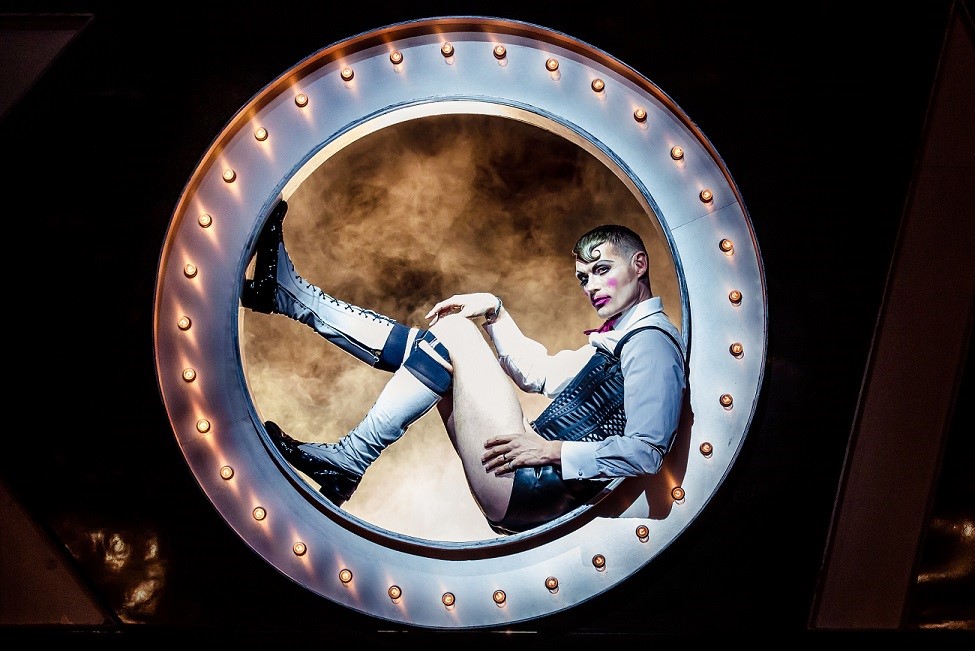 Bill Kenwright Productions bring “Cabaret” to Storyhouse this week taking theatre goers on a trip to the decadent world of 1930s Berlin.  The show plunges us into the hedonistic “anything goes” world of the Kit Kat Club, whilst the sinister forces of the Nazis grew in strength in the background.  The all star ensemble cast include the returning Kara Lily Haworth as Sally Bowles ( superb as Cilla Black at Storyhouse last year), stage and screen icon Anita Harris as Fraulein Schneider, and the star of the show, John Partridge (EastEnders, Master Chef and West End veteran) as the devilish Emcee.

The story unfolds as American visitor Cliff Bradshaw (Charles Hagerty) swiftly falls into the arms of Sally Bowles, whilst simultaneously resuming a prior relationship with a male dancer at the club, Bobby played by Joseph Dockree. Meanwhile a sweet romance blossoms between Cliff’s landlady, Fraulein Schneider and Jewish fruit seller Herr Schultz. 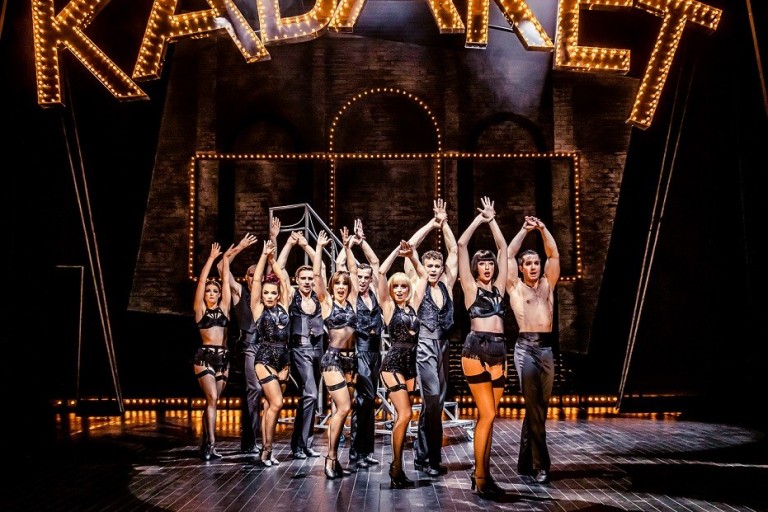 The scenes within the Kit Kat Club are the highlight of the show, with the band visible at the back of the stage and the Emcee leading his squad of scantily clad performers. John Partridge is outstanding as the multi layered master of ceremonies, at times fully a part of the sinful delights of the Club, at others providing a commentary on events in , as they take an increasingly dark turn.  The sinister,  acrobatic dance moves of the company also seem to reflect the growing violence within German society.  The contrast between the fun “Two Ladies” and its physical comedy,  with the Nazi anthem, “Tomorrow Belongs to me” provide the emotional impact of this show, with both songs delivered by the excellent Partridge.  In the film version the song is delivered by a young Nazi, as one by one observers rally to the Nazi cause.  By contrast, here the Emcee delivers the song,  manipulating the dancers like puppets, a clear metaphor for the Nazi’s rise.  The politics of hate are illustrated here with Herr Schultz told he is “not a German” the kind of attitude you can sadly still find today,  often simply by scrolling through twitter.  A simple broken window powerfully evokes the nightmares to follow.

The emotional turmoil of the characters lives is mirrored by the Nazi’s tightening grip on events and whilst the parting of  the leads are inevitable and tragic, it is the closing scenes of the show that will stay with you. In fact everything is overshadowed by the chilling and shocking conclusion.  There are no joyous reprises at the finale, just a stark silence.  Cabaret has great performances and great songs but the final image which marks this show as a disturbing and powerful musical horror story.