Award winning Italian chef Guido Giacomo will soon be bringing the taste of authentic Neapolitan style pizza to Chester market. Originally from Ischia, an island in the Bay of Naples, Guido came to Chester from London with his girlfriend Anita, after enjoying a Christmas holiday in the walled city in 2016. “We fell in love with the city” says Anita.

In London, the Hampstead pizzeria where he worked won an award for best pizza in London in 2015 and was also voted one of the best pizzerias in the world, winning praise from the Evening Standard and The Times. The Times described Guido’s pizza as “divinely light and airy”. Guido also sailed to victory in the 2017 London pizza festival.

Neapolitan style pizza is ” not the pizza you are used to ” he says. “We don’t know what people will think of this kind of pizza. Its not dry, its cooked at 500 degrees for one minute. ”  After a long delay waiting for a gas oven to be installed, Guido decided to use a specialised type of electric oven instead which will still meet the cooking and heating requirements. 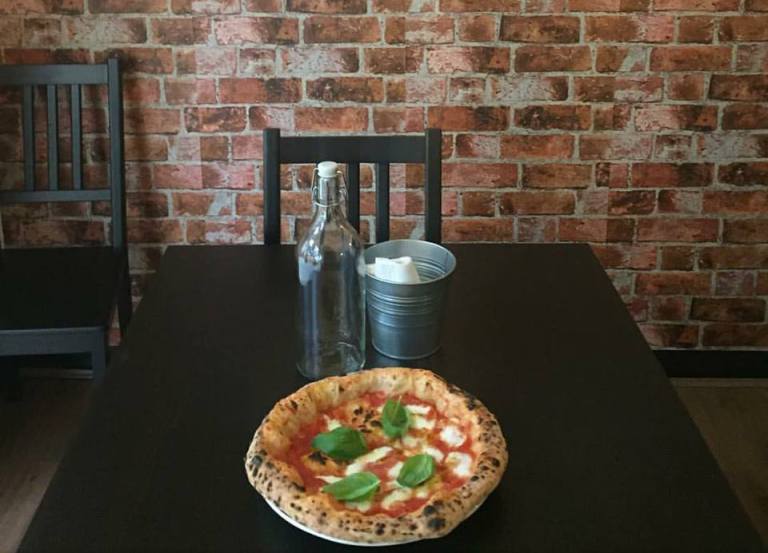 The menu will include a range of starters as well as fried pizza, baked aubergine and crushed potatoes.  “We are trying to buy pure ingredients from Italy, and good local produce. We will make the margherita with DPO San Marzano tomatoes. You can find San Marzano in the supermarket, but not San Marzano DPO ( designated protected region) They have a particular taste, and are grow organically ” . Guido is aiming for a mid price street food market, and is also keen on a move to the new market, along with its proposed longer opening hours.

“I want to bring something different, its something new.  ” says Guido who is a big fan of the UK lifestyle and culture.

“We love the tea!” says Anita.  “London was an amazing experience but we found a home in Chester”

Stile Napoletano will be opening soon.